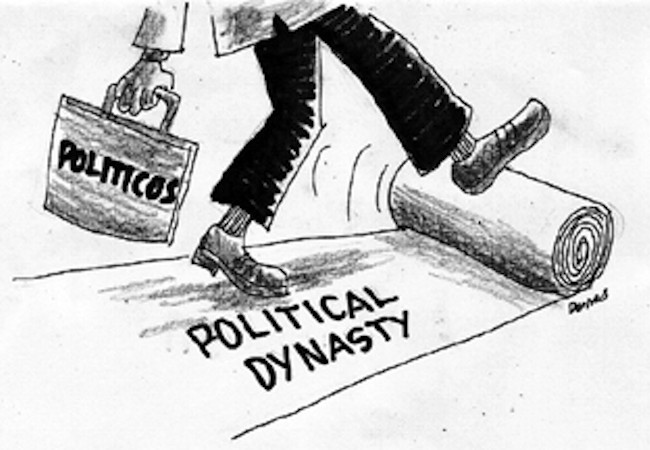 Port Vila is returning to the polls on October 15th to elect a representative to fill the seat left vacant by the passing of late former Prime Minister and Vanua’aku party (VP) leader Edward Natapei on July 28th. The front-runner seems to be rookie political hopeful, Kenneth Natapei, son of the former leader.

Accepting to step into his father’s shoes suggests he is prepared to launch his own political career at a young age of 33. And according to reports, he is standing despite his late father’s advice not to follow in his footsteps.

An IT worker with Telco powerhouse, Digicel, young Natapei will pit his wits against the likes of Union of Moderate Parties’ Georgie Calo, Jocelyn Mete, Attorney General Ishmael Kalsakau and a couple others. Both Kalsakau and Mete are known VP supporters, which tells a lot about the political wrangling that has plagued the party since 1989.

However, Natapei junior’s candidacy reflects an increasingly common trend of dynasty politics in Vanuatu where the baton of leadership is often passed on to a next of kin or a close family member, particularly when a leader vacates his/her seat by death.

As a result, it is becoming increasingly hard not to recognise a familiar name after an election: a re-electionist, or relatives of incumbent or former politicians after a major election. I touched on this in 2013, when I recounted some of our own history regarding dynasty politics, demonstrated so clearly when Fr. Lini died, and then in 2013 after the passing of former VP renegade, Harry Iauko, in 2012.

Much of it is to do with local voting behaviour, which does not necessarily consider policy platforms, or what a leader can bring to the national agenda as factors influencing one’s decision.

Rather, local politics is more about personalities and patronage. Kastom often dictates these voting patterns, which means a ni-Vanuatu will place more value on his/her relationship with a certain candidate, regardless of whether or not they are politically adept. Consequently, the tendency has been that voters will vote out of their hearts, rather than their minds particularly during by-elections. Culturally it might be understandable as in some islands, it is quite normal to look to the eldest son as replacement of his father, not necessarily for political reasons, but as far as community organisation goes.

The pattern however, prompts a very important discussion the Vanuatu voting population should be having, because it has a lot of bearing on our democracy and the values we all aspire to achieve: peace, security, justice and socio-economic wellbeing.

While in principle, there might be nothing wrong with dynasty politics, it has the potential of snuffing life out of our democracy, which is supposed to be representative and yet it excludes many, and can create an uneven playing field.

Certainly more needs to be done to bring about real political reform.

Following in the footsteps of one’s parents is not unacceptable but it can be a barrier because voters do not get to choose based on a candidate’s political aptitude, leadership skills, or policy platforms. Instead their choices are made out of respect, or in certain cases, for political expediency.

The purpose of holding a democratic election, one assumes, is so that voters can exercise their democratic rights of choosing their representatives to parliament. As such, winners are supposed to be those who have earned the trust and confidence of their constituents to represent them in the national legislature because of the values they stand for, or are willing to advocate on their constituent’s behalf despite their own beliefs; and their ability to lead and articulate their people’s interests. It means on election, the onus will be on them to deliver on those basic principles, or face the consequences come the next election. It seems this has not been the case since 1980.

The thinking behind this discussion is: if we are to allow this pattern to continue, then perhaps legislative adjustments are needed to formalise it, rather than institutionalise what is essentially supposed to be a democratic process.

There have been some suggestions in the past that maybe an idea would be for the Electoral Commission to declare the next candidate with the next highest tally, as the natural successor in the event of death, or when someone vacates his or her seat. Or, even better, if political parties can agree to bloc-vote like what they have done in the past – and could do again next month; where parties in power cast their votes for a certain candidate and vice versa, the Opposition for another. Wouldn’t it be more cost-effective if these were provided for within the legislation? This way the country saves money spent on by-elections (with predictable outcomes) and uses those funds more effectively by delivering services to the people.

The way it is, elitist rule could be easily legitimized through current processes — giving the impression that the public has voted, when in reality, electable candidates are seriously limited to a set of individuals and personalities. Often the result becomes obvious sooner or later when key institutions are filled by family members and people with familiar surnames. For countries like Vanuatu that have weak institutions, dynasty politics could very easily lead to cronyism and corruption, which then defeats the whole purpose of an election process.

In addition, an argument could be made that to accept political dynasties means remaining oblivious to an obvious abuse of a weak democratic process that could be easily fixed.

The key point is: Why go through an expensive process when the outcome, as seen with past elections, is a foregone conclusion?

If it is any consolation, political dynasties are not unique to Vanuatu. The USA, for instance, has a well-documented history of it in the last 100 years or so.

Certainly more needs to be done to bring about real political reform that better reflects the country’s social realities and delivers optimum outcomes rather than what the public has witnessed in the last 20 years or so. Until there is some maturity on the part of the country’s leadership to push forward with any political reforms, Port Vila will go about its business as usual on polling day come October 15th.

Late Natapei’s political career was sustained over the course of 32 years because of his leadership skills, humility, strong faith in God, and a nice-guy image rarely seen in a field where most of his competitors would come out swinging. Young Natapei’s challenge would be making those big shoes fit. May the best candidate win!

Post Tagged: politics, vanuatu
This article was written by

Kiery Manassah is a journalist and holds a Master of Communication for Social Change from the University of Queensland. He is a former editor of the Vanuatu Daily Post and has worked at the Pacific Institute of Public Policy. Most recently he held the position of Public Relations Officer for the government led by Joe Natuman.