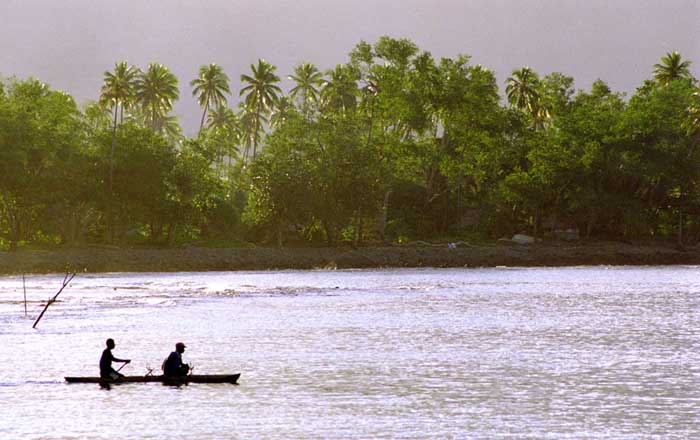 The Pacific Institute of Public Policy (PiPP) was established on 21 November 2007 as an independent, non-partisan and not-for-profit think tank under the Vanuatu Charitable Associations Act (registered Charity Number 34243).

Based in Port Vila, the institute is the only independent think tank serving the Pacific islands community.

The turbulent events of recent years has highlighted the vulnerabilities and resilience of Pacific island states and their people.

The ripple effect of the 2008 global financial crisis reaffirmed the need for sustainable, inclusive and broad based economic growth and the need for social safety nets.

The devastating natural disasters that have afflicted the region are painful reminders of the force of nature, and the threat posed by climate change.

The increasing polarised debates on trade accentuate the difficulties of small island countries competing on an ever-shifting world stage.

All of this is taking place in a region still struggling to find its own identity at home and abroad, while the ‘great game’ for control of our resources is underway in earnest.

More than ever there is a need for Pacific policy responses to be informed by sober analysis.

Just as important, we need to provide the space for inclusive national and regional conversations on the issues that will define our individual and collective development paths.

We also need to ensure Pacific voices are heard on the international stage.

Drawing on the region’s premier network of thought leaders, PiPP exists to bring these three dimensions together: we exist to stimulate and support informed and inclusive policy debate in and about the Pacific.

The work of PiPP is helping people across the region to openly discuss critical issues that affect their lives, in a safe environment, and with access to information and knowledge that may be useful to them.

Since PiPP started we have witnessed an explosive uptake of the opportunities that now exist to be part of national, regional and international debates.

Decades in the making, our transition from colonial outposts to modern nation states is taking effect as we now embark on Nation Building 2.0 – the journey to truly define the type of development we want and the role we want to play on the world stage.

All of this is possible because we are thinking for ourselves.

Many portals do not even require registration, but only authorization through your Steam-account. The transfer of things can be done either through a trade bot, which is added to the player as a friend and opens the exchange, or manually.
In the second case, the exchange takes place through the employee site https://essayyoda.com/buy-college-essays/.The bets on eSports cs:go skins or items from dota 2 do not have any fundamental differences.
It is important before transferring your skins to make sure the site is safe, because there are a lot of scammers in this market.The main sign of honesty of the site on rates skins is the time of work, his name and reviews in the network. Therefore, before you bet Dota 2 things, learn the bookmaker’s reputation.

In addition, it should be borne in mind that a number of sites take a commission for the rates, that is, it takes skins at a lower price than it is on the Steam marketplace. Also user inventory should be open.

Some bookmakers do not accept cheap skins, and the level of your account should preferably be above one. The latter is also relevant to the account of the employee site, because the more valuable his account, the less likely to get on the fraudster.