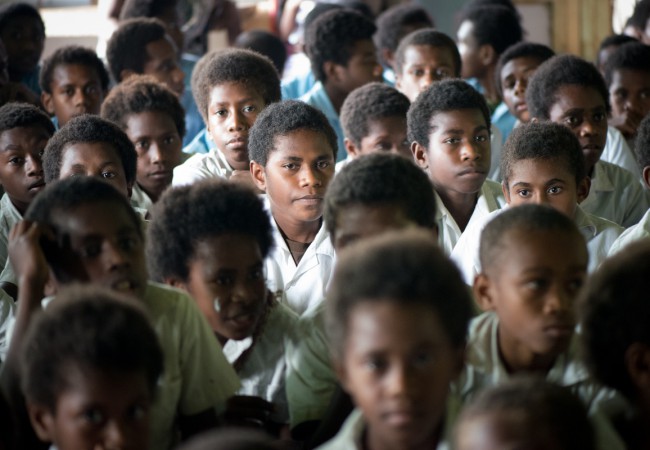 It is 1:00AM and Papua New Guinea’s parliament house is under siege from special forces soldiers during the height of the Sandline crisis of 1997. The army has rebelled against the introduction of foreign mercenaries brought in by the government and demanded the resignation of the prime minister, Sir Julius Chan. Soldiers are rattling the gates, yelling through loudspeakers and threatening to come inside. MPs have huddled in their parliamentary chambers while police patrol the grounds outside. The situation is tense – PNG is on the brink. Sir Michael Somare, then an MP, withdraws to his own chambers wondering aloud to the only journalist inside parliament during the siege. ‘This feels strange because it is the first time I have been a hostage’ he says wearily, ‘it is a sad day to see our democracy under attack like this’.

Sitting with Sir Michael the obvious question arose – is parliamentary democracy a suitable governing system for such a tribal country, and region? It seemed a poignant time to ask this fundamental question. Fiji coup leader Sitiveni Rabuka had famously said even before the Sandline crisis ‘democracy is a foreign flower that has been planted in this region’.

‘There’s nothing wrong with democratic principles and they are not incompatible with Melanesian values’, Sir Michael counters. ‘The issue is that parliamentary democracy has to be adapted to the local situation. It’s a bit like a brand new four wheel drive coming off the ship for sale here. The basic model is good, but if it is to work here in PNG then you need to change the tyres, boost the suspension and modify a few things. You can’t expect one model is going to suit every condition, especially with the roads we have here’.