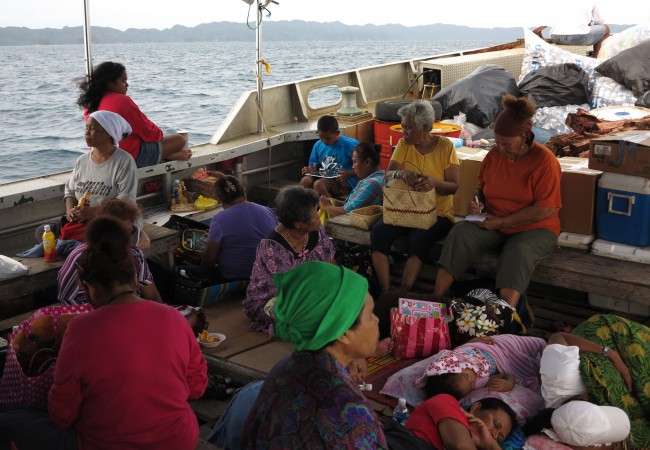 Micronesia has the highest per capita net emigration rates in the world.

The outflow started in the 1950s as Palauans went in search of higher education, better jobs and bright lights. Today policy-makers in Palau are exploring ways to re-grow the population, with some going so far as proposing legislation to ban contraceptives. At the same time, it is now the Republic of the Marshall Islands (RMI) and the Federated States of Micronesia (FSM) that are farewelling their citizens in record numbers. This paper provides an overview of the Micronesian migration experience, focusing on the most recent trends in RMI and FSM. It shows that a range of public policies can shape a country’s experience with migration.

Rod Hax is a 36 year-old Marshallese who migrated to the United States in 2006 and now lives in Bakersfield, California, with his wife and three children. Before leaving Rod had a small tree-cleaning service on Majuro, which earned him and a few helpers a meagre income: ‘In Majuro, I was making some money, but not enough for a good life.’ To finance his family’s move, Rod saved what little he could from work and relied on additional support from relatives already living in the US. The family first moved to Hawaii, staying with relatives for several months, and then onto California. ‘My goal was to find work and to get my kids a better education’, he says.

Soon after arriving in Bakersfield, Rod found work as a kitchen staff in a local Applebees restaurant franchise, where he continues to work today. Rod and his family encountered some common difficulties with the dramatic transition of moving from the Marshall Islands to the US. But, on balance, the opportunity has been a blessing. ‘We have a nice place to live, I have work, and my kids are getting a good education. There are some challenges, but our life is pretty good here.’

Rod’s story is typical of the many Micronesians who have decided to pursue opportunities abroad. Most wind up in the US since under the Compacts of Free Association, Micronesians can live and work there as nonimmigrants. Clearly access to the US has provided tremendous benefits for young people pursuing better education and work prospects. Having this option has also served as a ‘release valve’ to the many and varied social and economic pressures facing Micronesian policy makers and families. Micronesian migration has also benefited the US, giving it strategic and cultural depth in far away islands whose first instinct is to look east rather than west.

However, the exodus of citizens further complicates the region’s development challenges. Not just in terms of ‘brain drain’ but also the impacts on population growth and inward migration.