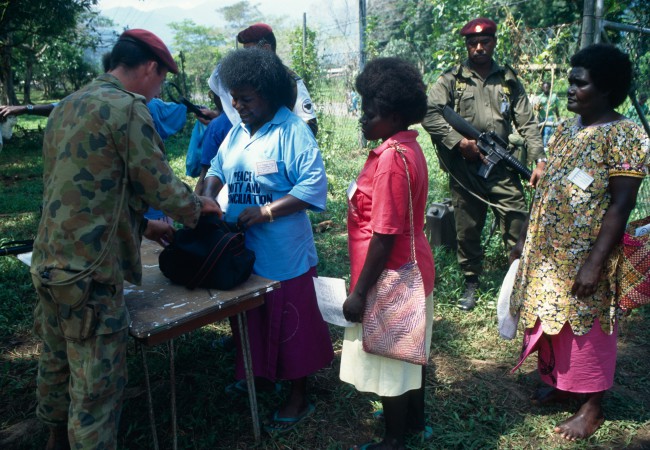 In my previous blog: ‘New regional architecture can draw lessons from PARTA’, I referred to Wesley Morgan’s paper: ‘Negotiating powers: Contemporary Pacific Trade Diplomacy’. In that paper, Morgan had characterized how Australia and New Zealand (ANZ) had felt when they could not join PARTA. He said: “Officials in both countries had long viewed a stable regional order in the south Pacific as a pre-eminent geostrategic priority”. The statement has both geostrategic and geopolitical significance – geostrategy being a subfield of geopolitics.

It is geostrategic, for instance, since it points to a specific geographical location: the south Pacific in this case, to which ANZ’s specific foreign policy and relevant and commensurate resources are being directed. That can be explained by way of regionality and all its integration impetus, history, migration and resulting diasporic influences. It is geopolitical for the reason that the south Pacifics’ geographical area borders the ANZ countries. Some may even say that ANZ are geographically part of the south Pacific. As such, ‘a stable regional order’ in the area: stability in the broadest sense of security – defense and economic/financial – is critical for peace and stability. Peace and stability in the wider region forms a natural buffer for peace and stability at home. Relevant national, regional and international policies inevitably need to be formulated and resourced.

The region has experienced instability since 1971. The formation of the South Pacific Forum (SPF) in that year was an outcome of instability itself when independent Pacific island countries broke away from the SPC council to form their own forum. ANZ were invited subsequently to join the new forum. Since then the SPF, which later in 2000 became the Pacific Islands Forum (PIF) has had to address instability in its member states over the years, resulting in various declarations and activities such as: (i) the Aitutaki Declaration on Regional Security Cooperation (1997); (ii) the Biketawa Declaration (2000); (iii) the Nasonini Declaration on Regional Security (2002); (iv) the RAMSI (2003); (v) the execution of Australia’s ‘Pacific Solution’ for refugees which is raising security concerns in PNG and Nauru; and (vi) Fiji’s case for a reconfiguration of the regional diplomacy architecture to reposition ANZ in the regional structure. There have been other security incidents in Bougainville and Timor Leste in the wider Pacific region. Furthermore, the geopolitical interests of the larger global powers in the region, and the Pacific at large, and the sensitivities and sense of vulnerability and reassessments of political alignments they bring to bear, also provide a constant backdrop to Pacific security and stability.

In the context of all this, can it be said that ‘a stable regional order’, envisioned by ANZ is being achieved? At the outset, it has to be said that a stable regional order is essentially a collective responsibility of all PIF members. For ANZ, however, it is additionally a stated geopolitical interest and as such, their individual or collective efforts aimed at this objective are inevitably subject to greater scrutiny, not only by other PIF members, but also by outside observers. Furthermore, any determination of stability or instability in the region can be realistically graduated in relative terms – relative to security situations in other parts of the world. In this context, one is likely to conclude that the unstable situations in the south Pacific region are only of minor concern by global standards. In any case, the record of PIF as regards its various declarations and other interventions over the years is indicative of the organization’s clear efforts in wanting to be in control of its security situations. ANZ can certainly take some credit for this.

The perception of security is currently fluid – undergoing reconceptualization.

Be that as it may, security continues to be a focus in the region. The history of instability that has dominated the region since inception is instructive. Furthermore, the perception of security is currently fluid – undergoing reconceptualization, as discussed here. Professor Steven Ratuva at the University of Canterbury wrote recently: “The notion of security has undergone transformation over the years as a result of the introduction of new conceptual frameworks such as human security, securitization, gendered security and subaltern security, amongst others, which seek to expand the boundaries of security beyond the traditional notion of ‘hard’ security or emphasize significant dimensions in security thinking.” As such, there is a constant need for monitoring and evaluation of security issues in order to formulate consequential policies and measures for stability to effectively prevail.

Considering all that has been said above, it can be concluded that whilst no direct blame can be directed at ANZ specifically for the instability that has characterized the region, they would necessarily be somewhat alarmed at what has happened over the years, given the efforts and resources expended in addressing the instability; and also given the fact that their best endeavors at ensuring ‘a stable regional order’ have often been frustrated.

The latter is likely to be constantly nagging the minds of the planners both in Canberra and Wellington. The most recent incident of Fiji wanting to reconfigure the regional diplomacy architecture and to reposition ANZ’s position in the regional structure is one that is loudly ringing alarm bells in both capitals. It may not force the issue onto the table where it can be passionately and forcefully debated. This is evident from the outcome of the Sydney meeting last month when the issue of the regional architecture was dropped from the meeting that had been initially convened to address the issue. However, the substance of the matter is such that due consideration should be given it; otherwise it will keep recurring in future.

Notwithstanding any procrastination for a lively discourse on the latest incident to test the region’s stability, the writer believes that this incident is imperative as an urgent prompting for ANZ to return to the drawing board and to reassess this pre-eminent geostrategic priority.

Australia does, for instance, use the opportunity of its White Paper to re-examine its geostrategic and geopolitical interests. Recently, the government of the day has had to reassess its traditional (security) alignment with the US with a balancing of its (economic) interests with China. It has also made a declaration on the significance of India and Indonesia as far as the Pacific region is concerned. I am sure that New Zealand has gone through a similar process. This, suitably, provides the backdrop to the south Pacific’s stability.

What is critical for both ANZ is a specific and analytical focus on the south Pacific region – a ‘repair and maintenance’ approach to their traditional methodology and modality of partnership, particularly on PIF, and to establish a more equal relationship, even to the point of being preferential in order to be equal; a more inclusive, a more compassionate partnership.

Caption: Australian and Fijian troops at a checkpoint during the South Pacific Peacekeeping Force (SPPKF) operation in Bougainville in 1994. Here they screen delegates attending a peace conference to end the war on Bougainville. Photo: Ben Bohane / wakaphotos.com

Post Tagged: peace and security, politics, regionalism
This article was written by