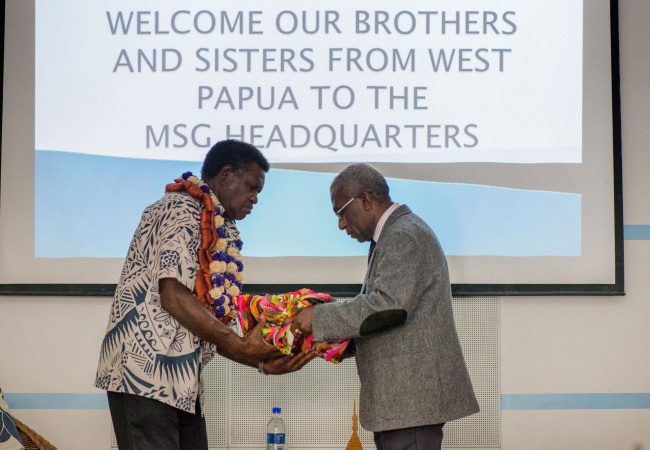 This was also published in a slightly different form in the weekend edition of the Vanuatu Daily Post.

No matter how we slice and dice the issue of West Papuan independence, it always comes down to this: Do the indigenous peoples of a distinct and discrete land mass have the democratic right to self-determination or not?

The answer, according to international law and standards, is an unequivocal yes.

Even a cursory examination of history reveals that Indonesia has systematically ignored and subverted the desires of the people who share the island of Papua with their cultural and ethnic brethren and sistren in Papua New Guinea. They have oppressed these people using military force, and their policies in the region have from the beginning been designed to silence the voice of the indigenous people there.

Indonesian president Joko Widodo’s protestations notwithstanding, there is no free press in the Papuan provinces. Police and military continue to claim in the face of incontrovertible evidence that there is no unrest. And still they claim that even advocating for independence is a crime. Attending a peaceful demonstration is considered grounds for arrest and incarceration. Political activity can get you tortured or killed. Virtually all of the independence leaders living in exile have faced systematic persecution extending across borders. After he escaped prison and fled for his life, Benny Wenda faced years of forced immobility because of a flagrantly erroneous Interpol ‘red notice’, which falsely accused Mr Wenda of arson and murder.

Just last month, Mr Wenda was denied entry into the United States following an interview with US Homeland Security personnel. No reason was provided at the time. Presumably, the terrorist watch-list, or a similar international mechanism, is being used to curtail his visibility on the world stage.

It needs to be said that Jokowi, and Susilo Bambang Yudhoyono before him, would do more if they could. But the plain truth is that civilian rule of law does not extend to the Papuan provinces. These frontier areas are the under the hegemony of the Indonesian military. The wealth they derive from this island is such that they are content to conduct what has been characterised as a ‘slow-motion genocide’ in order to perpetuate their own prosperity.

It’s despicable, frankly. But nobody seems to have either the power or the political will to end this tyranny. One can argue realpolitik, and claim that Indonesia is moving in the right direction, but it’s clear that politicians in Jakarta allow these depredations to continue on Melanesian peoples even while they take great strides to protect their ethnically Asian populations.

In editorial pages across the region, commentators are writhing and contorting themselves to try to find a dignified, elevated expression of the pending decision: Should the Melanesian Spearhead Group recommend full membership for the United Movement for the Liberation of West Papua? Will they do it?

The answer to each question is agonisingly simple: Yes, they should; and no, they will not.

The MSG cannot move out of this morass if it won’t speak clearly about the situation.

Indonesia has already won this round. They won on the day that Voreqe Bainimarama reiterated that Indonesia’s territorial integrity was inviolate. They won doubly when he recommended them for associate membership in the MSG, a move that effectively kills the prospect of any dialogue concerning West Papuan independence in this forum.

The MSG operates on consensus. If there is no agreement, there is no action. Given the opposing stances that Vanuatu and Fiji have taken concerning the ULMWP, no compromise—let alone consensus—seems possible. And given the recent rise to power of Sato Kilman, widely considered to be Indonesia’s cats-paw in Vanuatu, membership for Indonesia is not out of the question.

Regional commentators and political figures wax poetic about the need for dialogue and inclusion. They ignore the rather inconvenient fact that West Papua’s MSG bid is a result of the fact that dialogue within Indonesia is not only impossible, it’s frequently fatal to those who attempt it.

It’s frankly infuriating to see the namby-pamby linguistic contortions that some of those involved have engaged in. Solomon Islands prime minister Manasseh Sogavare’s championship-level equivocation, advocating for observer status for the ULMWP and membership for Indonesia, simply closes the coffin and hands the nails to Indonesia. PNG prime minister Peter O’Neill’s ability to swallow his outrage over human rights abuses seems to increase right alongside his ability to attract Indonesian business interests.

But worst of all is Vanuatu’s deputy prime minister Moana Carcasses, who only last year made history with his presentation of West Papua’s plight to the United Nations. Now, he is reportedly professing that the issue is a difficult one, and that understanding and patience need to prevail. 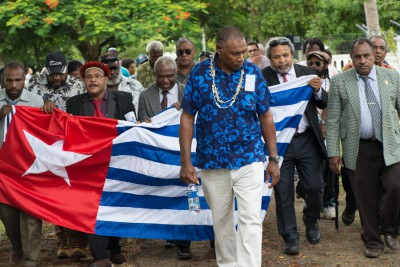 Fiji, at least, is unapologetic, if shameless, in its stance.

The MSG cannot move out of this morass if it won’t speak clearly about the situation. There is a prima facie case for West Papuan membership in the MSG. If the fact that the chair is currently held by the New Caledonian independence movement weren’t evidence enough, then the words of support from MSG founding member Sir Michael Somare should suffice.

But ULMWP membership is unacceptable to Indonesia. And it has played its hand with care. Ensuring that even Australia did not remain on the sidelines, it prodded and pulled at everyone involved, and got the result that it wanted.

If the MSG is to retain even an iota of credibility, the only line that it can honestly take now is to admit that it cannot usefully function as a forum for discussions concerning Melanesian decolonialisation, because it lacks the strength to resist the overwhelming power of its neighbours.

It’s a fact: Melanesia is weak. There’s no shame in saying so. Indonesia is powerful—powerful enough even to give Australia pause. Indonesia has the will and the political and material resources necessary to ensure that West Papuan independence remains merely a dream for years yet to come. Likewise, armed resistance to an utterly ruthless military cannot succeed. The days of the OPM are past—if they ever existed.

The sooner we come to terms with these truths, the sooner ULMWP can begin developing effective tactics to counteract them. Those of us in Melanesia owe them at least that much.

Post Tagged: msg, peace and security, west papua
This article was written by