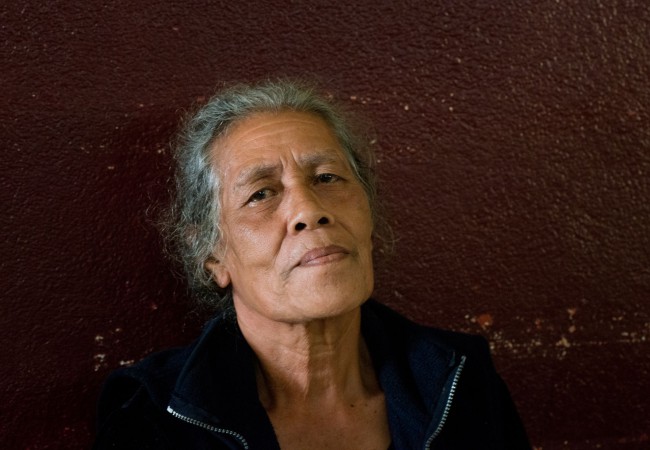 When the Convention on the Elimination of All Forms of Discrimination Against Women (CEDAW) was adopted by the UN General Assembly in 1979, the drafters probably had a sense the treaty would make a controversial social and legal impact among the nations of the world, but that it would also bring the necessary changes to the status of women who have long suffered unjustly under discrimination because of their gender.

Often described as an international bill of rights for women, CEDAW consists of 30 articles, defining what constitutes discrimination against women.

It describes discrimination against women as “… any distinction, exclusion or restriction made on the basis of sex which has the effect or purpose of impairing or nullifying the recognition, enjoyment or exercise by women, irrespective of their marital status, on a basis of equality of men and women, of human rights and fundamental freedoms in the political, economic, social, cultural, civil or any other field.”

Those states that signed the treaty, ratified, or acceded it, would do so voluntarily, and there are also provisions in CEDAW for the expression of reservations against articles that would be in conflict with the legal, cultural, and religious beliefs of a state.

The most notable of the nations in the world that have not acceded or ratified CEDAW is the United States of America, even if it was one of the original signatories to the treaty in 1980.

Most Pacific island countries have ratified with the exception of Tonga and Palau. Only seven countries have not ratified CEDAW including the United States, Sudan, South Sudan, Iran, and Somalia.

The most recent expression of intent to ratify CEDAW comes from the Kingdom of Tonga. On 6 March 2015, the Government approved starting the process for ratification. The Minister of the Government Department responsible for filing the necessary instruments with the United Nations traveled to New York to inform them of Tonga’s intention.

The Minister, Hon. Fe’ao Vakata was warmly received by UN Secretary-General Ban Ki-moon, who expressed the need for the process to be completed for ratification. A statement from a Spokesman for the Secretary-General on 21 March 2015 said: “The Secretary-General encourages the Government of Tonga to start undertaking concrete steps for implementing CEDAW. He affirms the continuous support of the United Nations for its efforts to improve the position of women in Tonga.”

In the meantime, Tonga’s public got wind of this move for ratification, and a vigorous debate started breaking out all over the island nation. On the one hand are advocates who have campaigned quite aggressively over the last several years about liberalizing Tonga’s laws to accommodate CEDAW. On the other hand are the conservative majority, who are adamant that CEDAW would violate Tonga’s inheritance laws, which favor male succession to the royal throne and to noble titles.

The Government of Tonga has emphasized the fact that ratification was subject to Tonga’s laws, which may restrict some of the more controversial aspects of the convention, such as succession to the throne and nobility, abortion and same-sex marriage.

Church and community leaders have come out against the government move to ratify CEDAW, including a letter from the newly commissioned Catholic Cardinal of Tonga, opposing ratification.

But advocates of CEDAW in Tonga claim there are inequalities in many of Tonga’s laws and these need to be addressed as they adversely impact Tonga’s economy. These have to do mostly with the Land laws.

The Cabinet of Prime Minister ‘Akilisi Pohiva’s decision on 6 March 2015 approving CEDAW included reservations in respect to the following provisions:

The Government of the Kingdom of Tonga declares that it is prepared to apply the provisions of Article 2 on the condition that it does not conflict with provisions of the Constitution of Tonga (CAP2) and the Land Act (Cap 132) regarding succession to the throne and nobility.

The Government of the Kingdom of Tonga declares that it is prepared to apply the provisions of the Article 10(h) to the extent that it will not allow for abortion in the Kingdom.

The Government of the Kingdom of Tonga declares that it is prepared to apply the provisions of Article 12 (1) to the extent that it will not allow for abortion in the Kingdom.

The Government of the Kingdom of Tonga declares that it is prepared to apply the provisions of Article 14 (2)(g) on the condition that it does not come into conflict with provisions of the Constitution of Tonga (Cap 2) and the Land Act (Cap 132) regarding the succession to the throne and nobility.

The Government of the Kingdom of Tonga declares that it is prepared to apply the provisions of Article 16 on condition that it does not conflict with provisions of the Births, Deaths and Marriages Act (Cap 42), Criminal Offences Acts (Cap 18) Divorce Act (Cap 29), Maintenance of Deserted Wives Act (Cap 31), Maintenance of Illegitimate Children Act (Cap 30) Guardianship Act 2004, Land Act (Cap 132, Probate and Administration Act (Cap 16) and to the extent that it will not allow for same sex marriages or abortion in the Kingdom.

The Cabinet decision of 6 March 2015 also gave a time duration for those reservations so that it “will be unlimited.”

The first move by Tonga to ratify CEDAW was in 2006 under Dr. Feleti Sevele’s Government, but because of the reservations, the ratification process was suspended.

In 2011, the government of Lord Tu’ivakano looked into the possibility of ratifying CEDAW but refrained due to claims that the United Nations would not accept the reservations.

Article 28, paragraph 2, of the Convention adopts the impermissibility principle contained in the Vienna Convention on the Law of Treaties. It states that a reservation incompatible with the object and purpose of the present Convention shall not be permitted.

States which ratify the convention are legally bound to eliminate “discriminatory practices” against women, and are urged to incorporate gender equality into law.
The Officer in charge of the Regional UN Human Rights Office for the Pacific, Satya Jennings, insists that once Tonga has undergone the actual ratification process, it should bring national legislation in line with “international standards.”

Ms. Jennings said: “The UN Human Rights Office based in the Pacific would hope that could be retracted and that the Government would ratify CEDAW without reservations in order to guarantee the full protection and all the provisions under the convention which would expand the protection of women’s rights.”

In the meantime, the Government of Tonga has emphasized the fact that ratification was subject to Tonga’s laws, which may restrict some of the more controversial aspects of the convention, such as succession to the throne and nobility, abortion and same-sex marriage.

An advocate for CEDAW, women activist ‘Ofa Guttenbeil-Likiliki of the Women and Children Crisis Centre, says the process is a mess because of the Government using terms such as abortion and same-sex marriage, which she says, are not referred to in the convention.

She said: “From the get-go the communication of the government agreeing to ratify CEDAW has been somewhat based on a lot of misconceptions, hence the reason why CEDAW has probably become the most debated issue in the political arena and also at the ground level. I haven’t seen anything like this since the move towards democracy.”

Both Samoa and Fiji, Tonga’s closest neighbors, have ratified CEDAW; Samoa in 1992 was the first Pacific Island nation to do so; and Fiji in 1995. There are no provisions in the Samoan constitution, which makes international agreements binding on Samoa. The principles of the Convention however, are well enshrined in Samoa’s constitution, and women asserting and protecting their rights can use these as tools.

Both Samoa and Fiji have their own land laws, and so far there has not been any national debate concerning women’s rights and the land laws. Furthermore, abortion and same-sex marriage are not legalized in these island nations, and Tonga may not have to entertain fears their local laws may be threatened by an international convention like CEDAW.