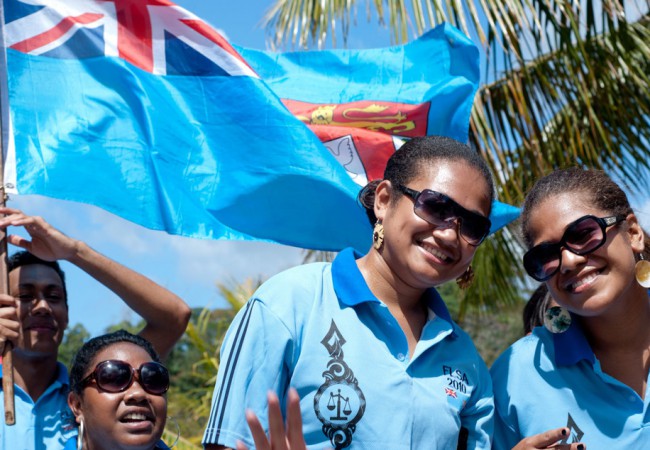 The takeover by the Fijian military leader, Commodore Josaia Voreqe Bainimarama prompted what is arguably now the most important politico-security issue of the South Pacific. The regime has been promising ‘real’ democracy, of one-person one-vote. But in the process has dismantled the Constitution, judiciary, free press and civil society. In his most recent announcement1, the Commodore outlined his ‘road map’ that would see consultations on a new constitution commence in 2012, implementation of a new constitution by 2013, and ‘non-communal, equal suffrage based elections for parliamentary representation by September 2014’.

International condemnation of the military government has been loud, most noticeably from Australia and New Zealand. The barrage of criticism is not without some validity, but the policy of international isolation fails the peoples of Fiji and the region. Fiji is in crisis. It is up to all of us as Pacific neighbours to lend a hand. It is simple to condemn outright the sort of dictatorship that Commodore Bainimarama is busy implementing. Calling for an immediate ‘return to democracy’ seems straightforward. The situation in Fiji is anything but simple or straightforward. Misreading the complexity of the current crisis and its evolution divorces the discourse from reality. The time for tit-for-tat squabbling is over. It is time to help steer Fiji back to its rightful position as a regional leader.