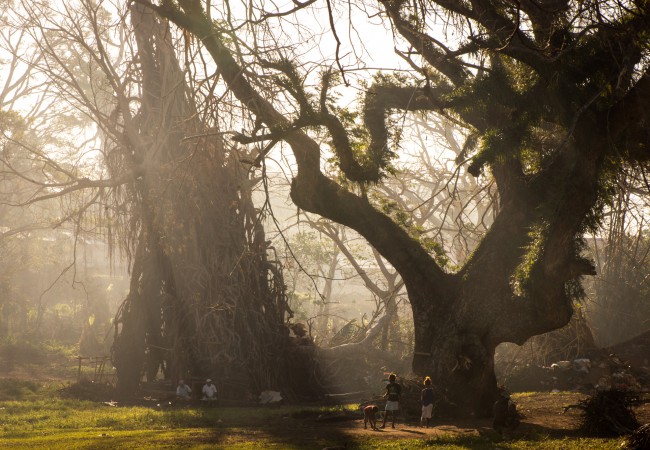 Last week cyclone Pam smashed its way through Vanuatu causing widespread damage on a scale unseen before. The official death toll from Vanuatu government sources is 11. Aid agencies are scrambling to get basic necessities to communities around the country in what is the considered the biggest disaster ever to befall the nation.

PiPP is pleased to say that all its staff are safe and well. Our office was only lightly damaged. We now have power and internet back on and we will endeavour to keep our regional audience updated with this rolling situation as it unfolds. PiPP staff have been busy helping the recovery effort in many ways, from helping international media provide accurate coverage to assisting local charities and the Vanuatu government. We are working through the National Disaster Management Office (NDMO), which is co-ordinating the emergency response around the country.

It is too early to make a detailed analysis of the full impact of the cyclone and the various responses to it, but that will come. What we can say is that the community in Port Vila and beyond has shown remarkable resilience and rallied together in the face of this incredibly destructive storm. Also we can report remarkable efforts restoring essential infrastructure, including phone, power, roads, bridges and internet.

Special kudos to Pro Medical too; a local paramedic charity that does valuable first-response medical work. Pro Medical have made a big difference with their emergency response team, involved in clearing debris from around the airfield on day two, which allowed the arrival of aid flights to get on the ground quickly. Commercial flights have resumed.

Although the casualty rate is thankfully small, the reality is that tens of thousands of people have lost their homes and possessions, and many more are at significant risk as their food, water and medical supplies run out. There is an urgent need for basic humanitarian assistance to flow through to many of the islands, particularly in SHEFA and TAFEA provinces. There is concern about diseases such as dengue appearing, since there has been so much water on the ground following the cyclone.

Vanuatu has survived the initial impact, but now needs to survive the outcome of this unprecedented weather event.

Vanuatu has survived the initial impact, but now needs to survive the outcome of this unprecedented weather event. We are facing a situation in which tens of thousands of Ni Vanuatu on dozens of islands will require ongoing food, water and shelter assistance for not less than six months in order to avoid a humanitarian disaster.

As a UNICEF official put it, ‘We no longer have a medical emergency; we have moved on to a public health emergency.’

Another area of urgent need is to help kids get back to school. Many schools have been seriously damaged; lost roofs, spoiled water tanks and destroyed text books. It has been heartening to see many school kids themselves involved in the cleanup and keen to get back to learning. We believe special priority should be given to making sure school children can be back learning as soon as possible so their lives and ability to learn are not disrupted more than necessary.

Over the next week or so, PiPP will resume its operation and in the meantime we apologise for the interruption to our regular analysis and commentary.

This is a trying time for everyone here in Vanuatu but there is real determination to get back on our feet and make the best of it.

Our thoughts are with the many people who are struggling to get through this and rebuild their lives, but our island spirit is strong. With Vanuatu government leadership and a well-coordinated international aid response, the community can be supported to get through this disaster.