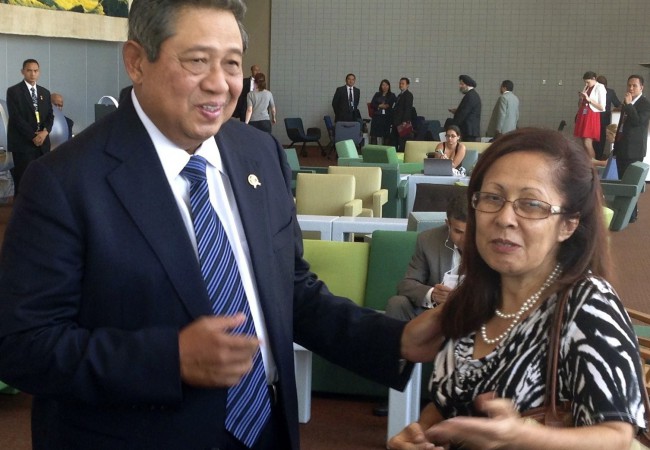 PiPP executive director, Derek Brien, served as an advisor to H.E. Emilia Pires, Timor-Leste finance minister and g7+ chair, in her role as a member of the UN Secretary General’s High Level Panel of Eminent Persons on the Post-2015 Development Agenda.

The Panel was part of the Secretary General’s post-2015 initiative mandated by the 2010 MDG Summit. UN Member States have called for open, inclusive consultations involving civil society, the private sector, academia and research institutions from all regions, in addition to the UN system, to advance the development framework beyond 2015. The work of the Panel reflected new development challenges while also drawing on experience gained in implementing the MDGs, both in terms of results achieved and areas for improvement.

The Panel’s work was closely coordinated with that of the intergovernmental working group tasked to design Sustainable Development Goals, as agreed at the Rio +20 conference.

The report [PDF 3.6MB] of the panel was informed by an extensive consultative process, the views of the scientific and academic community as conveyed through the Sustainable Development Solutions Network and through passionate and vigorous debate. It outlines five transformational shifts applicable to both developed and developing countries alike:

The report also includes a set of illustrative goals and measurable targets to replace the MDGs.

Following on from our involvement in the HLP process, PiPP continues to support Timor- Leste, the g7+ and a number of Pacific island governments through the inter-governmental process to determine the post-2015 agenda.