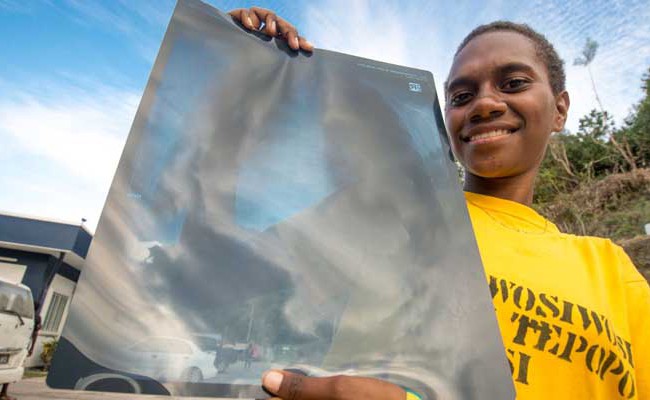 The failures of Vanuatu’s health services are felt by everyone. But these shortcomings are particularly vivid to me today. As I was working on PiPP’s latest multimedia story on the state of health care in Vanuatu, I buried two friends on consecutive days. I have not the slightest doubt that they would both be alive today if they lived in Auckland or Sydney.

Danny Tetiano and Dr John Otto Ondawame were both influential, important people. One was a gifted musician, mentor to a generation of aspiring artists in Vanuatu. The other, of course, was one of the leaders of the West Papuan independence movement. In addition to the loss to society and to the world, both left grieving widows and young children behind.

To put it plainly, Danny and John died of poverty, not disease.

The cost to society is immense. One of the very reasons West Papuans have struggled to organise themselves and become a well-defined locus of international attention is the lack of well-educated, dynamic people, skilled in persuasion and diplomacy. They lack entrepreneurs to improve prosperity, education to create the entrepreneurs, and health services to preserve and protect them.

The lack of basic services is characterised as systemic abuse when Indonesian government policy is concerned. But how should we characterise such neglect in Vanuatu?

Health services in Vanuatu – there is no health system, per se – are rudimentary at best. Post-operative infection rates make even the most run-of-the-mill surgery a cause for concern. One long-time acquaintance died following the amputation of his big toe. A well-intentioned (but unforgivably vague) blog post by the UNDP raises the point that life expectancy in Vanuatu and other Pacific island countries is ten years less than in Australia and New Zealand.

The difference is quantum. It’s at once tantalisingly close and achingly distant. But the bitter lesson that I’ve learned this week, and repeatedly in the past, is that the cost of inactivity is not an abstract one. Death impacts directly on a nation’s ability to grow, to gain experience, and ultimately to survive.