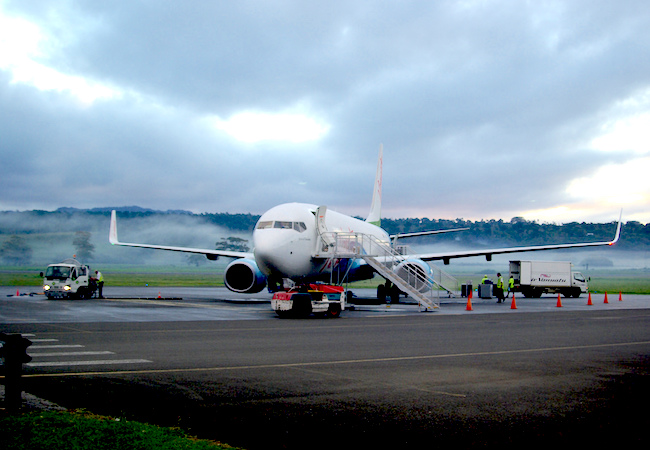 Many people have commented on the saga surrounding the Vanuatu airport and the termination of flights critical to the tourism industry and economy. Whilst it is important to learn from (and not repeat) the mistakes of the past, right now the first priority for the country should be to agree on how best to move forward rather than working out who is to blame for the mistakes of the past. After all, you cannot drive a car forwards if you are always looking in the rear view mirror. With that in mind in might be good to consider a few facts.

We have been in this situation before

In the mid-nineties the nation had a similar problem with the runway at Bauerfield airport. In the end the government corporatised the airport (it used to be a department) and created Airport Vanuatu Limited (AVL). The idea was that a corporatised AVL would not suffer the same political problems as the former government department. The Civil Aviation Authority (CAA) was also created to provide regulatory oversight of the industry.

The government also borrowed money from the European Investment Bank to fix the runway – in theory this loan was to be paid back by the new AVL, which (if run properly) should be profit-making. In reality, however, AVL remained political, was poorly run (in a financial sense) and never re-paid the loan. As a result the government had to reduce the available budget for critical services (e.g. health and education) and infrastructure maintenance to service this and other loans.

There have been sensible solutions on the table before

By about 2008 the developing problems with the management of the airport were well known to technical officials, and a series of solutions were discussed. The most relevant one being to look at combining three critical elements:

A lot of technical work and funding was organised for this via the Ministry of Public Works and by about 2010 funding was available through the IFC, AusAID and others for a combination of grants and, if necessary, a small loan for this program of works.

If the current airstrip can be shown to be properly maintained it should be enough for all of the current carriers to resume flights – however – for this to happen there will need to be evidence of a proper long term solution. This does not require any sort of a loan, fundamentally, it requires proof of better management. There are some small urgent repairs required on the more heavily used parts of the runway but it should be possible to quickly do this in the short term within existing resources.

A longer term solution does not need to bankrupt the country

There is plenty of evidence that clearly shows Vanuatu cannot expect to service even the current portfolio of external loans, let alone take on more borrowing. So there is little or no sense in borrowing enormous sums that cannot be paid back as all this means is that the future budgets for maintenance, health, education will be cut and so it will only mean the problem gets worse.

However, the most important works are remedial and can be done for a cost of under a few million dollars using concessional financing. More importantly, these funds can then be used to leverage grants (that don’t have to be paid back) to support the long-term management of the airport.

In the medium term a 150 meter buffer zone in the runway strip might also be cheaper than a brand new runway. This will cost some money and need landowner talks, however, it may be the cheapest option that allows for an “instrument approach” which will certainly alleviate many of the concerns of the airlines.

So given all of this is there any way forward?

The immediate priority must be to get a sensible runway maintenance program in place such that airlines can fly into Port Vila. Then the original IFC proposal for further privatisation of AVL should be re-looked at. This is likely to involve a financial restructure of AVL, and this is where the World Bank and others such as IFC could help within the scope of what they have already agreed to do with the government. Rather than lending impossibly large sums to the state they could provide targeted financial and managerial support to the new privately run AVL.