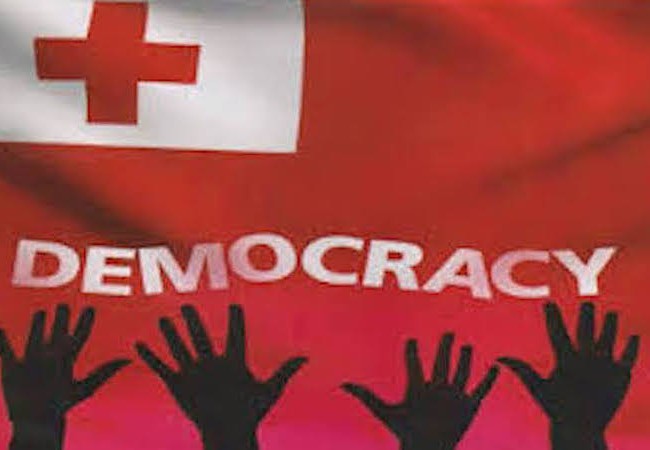 Why do reformers get into power in a number of Pacific states, and then find it difficult to implement the reforms they have been advocating for so long? For some, it has been decades of fighting for changes to take place.

It is one thing to have a change of government, but it is another thing altogether to bring changes to the system and to change how things are being done; changes to policies, legislations, and practices.

It was Albert Einstein who said: “Insanity is when you do the same thing over and over again, and expect different results.”

Reformers who take over the reigns of government are often confronted with an unrelenting and stiff bureaucracy that refuses to do anything different from what it has been doing for decades.

In fact the bureaucracy dogmatically sticks to tradition as its guiding light to anything and everything it does. The bureaucratic system makes it an important duty to resist the facilitation of change.

The view from the traditional bureaucratic body is that changes could bring instability, never mind about improvement to something that may not be working well at all.

The argument is that if changes are to improve the state of things, there must also be stability – or guarding the way things had always been – to the system.

It is no wonder that some reformers of the past have found it necessary to overhaul the system, and in some cases “overthrow” the existing bureaucracy and replace it with another one more conducive to carrying out what they want done.

It is often a case of leadership doing the ‘right thing’ colliding with a bureaucracy just doing things the ‘right way’.

Reformers sometimes complain that it is hard to work with a bureaucracy that is overly concerned with doing things the right way, that it does not give much care as to what is actually being done.

A case in point is what is happening in the Kingdom of Tonga, whose reformist government came into power only six months ago. Although much has been accomplished so far in such a short time, there are obvious tensions that have arisen between the reformist governors and the existing bureaucracy.

One of the high performing ministers of the government has often had a run-in with the bureaucracy.

The complaint from the bureaucracy has been that this minister is too much in haste in carrying out his duties, at the expense of the necessary processes. He apparently does things like starting out a project before he applies for the procurement – the process of obtaining funding as budgeted – for the project.

The minister argues that the “procurement process” which is carried out by the Ministry of Finance is often late in responding to the need.

He explains it this way: “If a child falls into the water at the wharf, we must jump in and rescue the child immediately… because it is an urgent matter. If we wait the child may lose its life.”

He added: “we must rescue this child immediately as a matter of urgency, and then we can conduct the inquiry into the details of who he may be later; that way we save his life first.”

It is often a case of leadership doing the ‘right thing’ colliding with a bureaucracy just doing things the ‘right way’.

On the other hand, the minister’s critics have pointed to the fact that the minister must in all cases apply the right processes so that no laws or statutory requirements are violated.

A change in government promises changes (as promised by during a campaign) to what it will do for the people, and the policies it will carry out.

And so changes to the government usually involves a change in leadership, who in turn bring changes to policies and practices to be carried out during its term of government.

But here is the trap. Changes can take place in terms of who is the prime minister and who are the ministers of the different departments and ministries, but nothing will really make a difference unless there are clear changes to the policies and practices of government, and changes to those who carry them out ‘in the engine room of the ship of government.’

Using the illustration of government being a ship, we can change the captain and officers, but unless we give clear directions as to where the ship is sailing, and also make sure the people operating the ship are trained and equipped to carry out the orders of the new captain and officers, there will be problems.

The problems could be that by the time new policies and new practices are implemented, the term of government may already be over. Thus, it is not only important to have a new government reformist in its policies, but that there is a civil service equipped with the necessary knowledge and tools to facilitate the work of reform.

There are very few places in the pacific where this is taking place. The nations that experience the unfortunate changes to government in so many votes-of-no-confidence do not necessarily bring change.

The ship is still heading in the same direction, but despite changes at the top, the crew is carrying out the same duties with very little change to their performance, and thus the outcome produced is the same.

Institutional bureaucracy often reflects the culture it finds itself in. This is so much truer in the Pacific than most other places. The reason being, is that nations of the Pacific are very steeped in culture, and each of their cultures are not just part of the material cultures of the region, but more so are practiced patterns of behavior rooted in unique belief systems.

The culture of a Pacific nation becomes the basis of identity, and as such, culture is often defended passionately as if one’s life depends on it.

In Samoa, we have the Faa-Samoa (the Samoan way) or the Faka-Tonga as in Tonga. The Fijians too have the Fijian way of doing things, and not to comply is to break protocol with their traditions.

As one Samoan chief stated: “There are three ways of doing things – the right way, the wrong way, and the Samoan way.” Then he added: “The Samoan way is of course the best way!”

As all cultures are, they constitute the behavioral patterns that form the fabric of social intercourse.

Culture governs how we relate to one another. Culture provides the legitimate framework by which we conduct our relationships with others.

It informs the protocols we hold to in everything we do socially.

Culture brings about a sense of formality and continuity to what is otherwise a fluid conduct of our relationships, personally and corporately.

But culture can also be a stumbling block in a society attempting to reform itself.

Reformers often find themselves in tension with cultural norms. There are very few cultural practices in the Pacific that cannot be legislated against.

Almost every Pacific island nation has a cultural practice that had to be abolished as a result of reform, which included the establishment of the rule of law.

In 1862, slavery was abolished in Tonga by a decree of King George Tupou I who was a Christian reformer. He drafted legislation pronouncing ‘emancipation’ to all slaves in Tonga.

There were those who opposed his reformist action, but in the end he liberated Tongan society from slavery.

Despite this act of emancipation, the practice of slavery took many years to eventually cease as people – chiefs in particular – were still holding on to attitudes and behaviors that advocated slavery.

One of the things reformers find it hard to reconcile in the Kingdom of Tonga, for example, is a law which grants a salary to the nobles, not because of any performance or work they do, but just because they hold a noble’s title.

An annual stipend of about $10,000 pa’anga a year is awarded to every noble in Tonga. There is no just reason why they should receive such pay, but in a culture of entitlement for leaders, not too many people in Tonga question it.

Some would argue that there are opportunities for reform on many issues in Tonga, especially now that it has its first democratically elected ‘commoner’ prime minister in ‘Akilisi Pohiva. One such issue that I will address in my next blog centers on women’s rights and the struggle to pass CEDAW legislation.