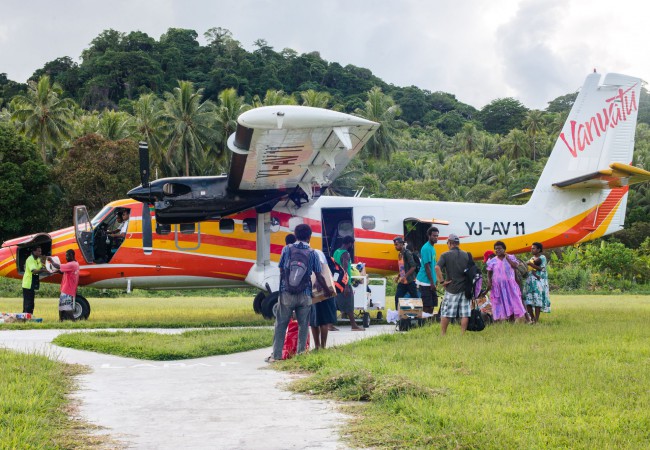 In the late 1980s, while I was in Pohnpei interviewing people for news about the then-relatively new Federated States of Micronesia, I had the good fortune to connect with former Yap Governor John Mangefel, who was then the FSM’s national planner during the presidency of John Haglelgam.

After the usual preliminaries between a visiting reporter and a seasoned political figure, Mangefel offered a blunt evaluation of development progress in his nation. This was only a handful of years into the FSM’s first Compact of Free Association funding package with the United States and a period when producing five-year national development plans was the routine. ‘Western-style economic development won’t work in the FSM,’ Mangefel told me as we sat in his office in Palikir, the seat of the FSM government in Pohnpei. ‘Why not?’ was the obvious response. ‘It’s simple,’ Mangefel said. ‘In the FSM, if you work, you eat. If you don’t work, you still eat.’ His point was, of course, that there was little incentive for the 40-hour work week ethic required by strategic planners when local folks could eat at their uncle’s house anytime they wanted.

Although Mangefel was the national planner, in essence he was telling me that the lofty economic goals spelled out in the government’s five-year development plans wouldn’t be realized, not as written, not as carried out, for the fact that these paper documents had little relationship to the ‘lifestyle’—for lack of a better word—in the FSM, which mirrored how people lived in most islands in the region. Nevertheless, most people in government offices nominally charged with carrying out these development plans went through the motions of implementing western-style programs funded by donors, rarely offering as candid a view as the late Yap governor or attempting to reshape obviously unworkable plans. While island culture is often at odds with objectives laid out in modern planning, newer developments have added to the challenge of creating sustainable development or, even, delivery of essential health and education services.

Mangefel’s comment to me was 25 years ago. In the interim, a culture of overseas travel has engaged government workers, supported and funded largely by donors, that keeps many managers of government services away from their homes four—or more—months of the year. Needless to say, if you’re not at home, you’re not delivering a service or implementing development initiatives.

It is a rare government worker who can avoid the offers of frequent international travel to stay at home and deliver work on the ground.

As the world and the Pacific prepare to embark later this year on a new 15-year regime of ‘Sustainable Development Goals,’ we need look no further than the record of ineffective implementation of the ‘Millennium Development Goals’ from 2000 to 2015. Ten of the 14 independent Pacific nations were unable to achieve a majority of the seven MDGs, and three failed to successfully implement a single one. So now the islands are signing up to implement 17 Sustainable Development Goals. This would be almost laughable were poverty and lack of opportunities not becoming a pervasive matter of fact in urban centers around the Pacific, exacerbating income inequality and causing a downward spiral in people’s quality of life.

And who, exactly, is going to implement government-approved strategic development plans? In my experience, it is a rare government worker who can avoid the offers of frequent international travel to stay at home and deliver work on the ground where it counts. In fact, the culture of travel and a general lack of engagement in creating a vision for national development has led to another, relatively new, phenomenon: that of handing the job of goal-setting and strategic planning to off-shore consultants who drop in for a few weeks at a time. For the most part, any plan that is not crafted by a range of the local citizenry, so-called ‘stakeholders’ at all levels of society, has no buy-in and even less chance of success. In fact, a classic example of how even locally-produced reports and recommendations are relegated to the waste basket was the Comprehensive Adjustment Program produced by local experts in the Marshall Islands under mandate of the president a few years ago. If government ignored recommendations of its own Comprehensive Adjustment Program task force, a largely homegrown effort, what level of implementation will result from strategies produced by expatriates?

These are challenges that face virtually every government and island group in the Pacific, be they independent or territory. The FSM, Marshall Islands and Palau have one additional development challenge unique to their relationship with the United States. By virtue of the Compact of Free Association, citizens of these nations have visa-free access to the U.S. to live, work and study. As island economies stagnate and lack of job and educational opportunities predominate, principally in the FSM and Marshall Islands, thousands of islanders are voting with their feet by transplanting themselves to U.S. states and territories. Various estimates suggest the number of FSM and Marshall Islands citizens living in the U.S. is between 30 and 40 percent of their populations. There is clearly a brain drain happening, particularly as islanders increasingly vacate remote outlying islands for the convenience first of urban centers and later for the U.S. But this is not necessarily a brain drain in the classic sense of western educated islanders seeking greener pastures. Yet this out-migration from the remote islands of people skilled in self-reliance and subsistence living is undermining hopes of a sustainable future because the only places in most Pacific islands that are self-sufficient to a high degree are the outer islands and rural villages—certainly not urban centers. Depopulate the villages and outer islands and what chance do islands have of implementing new Sustainable Development Goals?

If governments and donors that control the purse strings and access to technical assistance don’t start reinventing their development agendas and means of implementation, in 15 years’ time, we will again be lamenting the inability of our islands to make progress on the 17 Sustainable Development Goals soon to be adopted by the United Nations.