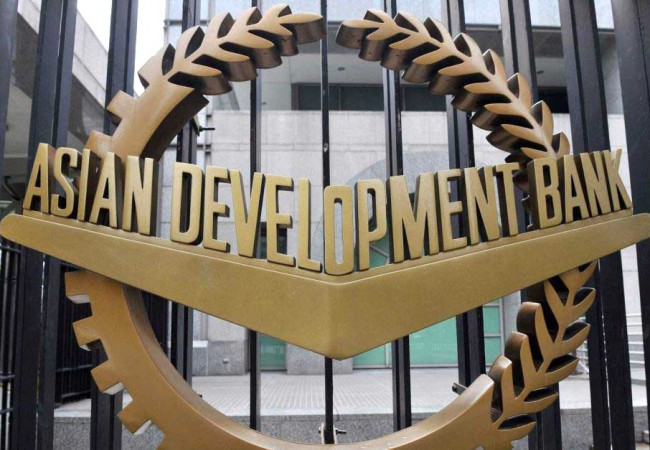 More and better financing for development will be required in order to end poverty by 2030 and achieve the proposed Sustainable Development Goals. The UN and member countries are currently working to reach agreement on priorities for reform ahead of a major meeting in July. This article looks at the ongoing debate.

Seven elements of the financing framework

The discussion paper canvasses a broad range of sources of finance to support the achievement of the SDGs, and proposes seven ’elements’, which are broadly as follows.

The first is domestic public finance. On the revenue side, this refers to the taxes and government income generated by developing countries themselves. Despite increases in revenue over the past decade, they are insufficient and problematic: tax can have a negative impact on inequality; it can be difficult to capture resource rents; and tax evasion and avoidance lead to large losses. On the expenditure side, budget processes are often weak and efforts to tackle corruption insufficient.

The second element is domestic and international private finance, which have both increased substantially over the last decade. Nevertheless, it is recognised that these flows are primarily profit-motivated and as a consequence leave gaps (e.g. there are important market failures in the provision of public goods). Remittances are important, but the cost of sending money is often high. Finally, financial markets are often inadequate, leading to limited access to finance for poor people, especially women, and small businesses.

The third element is international public finance. Net Official Development Assistance (ODA) has increased significantly over the past decade, but remains below commitments (especially if climate finance is netted out), often doesn’t reach the poorest countries, and further efforts are needed to improve effectiveness (e.g. through results-based aid, and ‘smarter’ aid that leverages other flows).

The fourth element, trade, has been an ‘engine’ of development in many advanced and emerging economies, yet it has been elusive for many poor countries and small island states, who face capacity constraints, struggle against subsidies in trading partners, and need to tackle tough trade rules and fragmented agreements.

Towards an agreement on financing for development

The seven elements form the framework for specific commitments that are contained in the draft outcome document. There has been extensive consultation on the discussion paper and outcome document, and a number of countries, UN organisations and NGOs have provided comments (which are available here).

It’s beyond the scope of this post to fully review all of these. Nevertheless, it is instructive to consider some of the comments on the broad elements, especially ODA.

There seems to be general acceptance of the broad elements being proposed. At a very high level, they are hard to argue with, but important differences emerge in the emphasis, contextualisation and details.

There is debate in the various submissions about the relative emphasis on public versus private flows. There is also debate about the applicability of different flows to different country contexts (e.g. the scope of domestic resource mobilisation in small island states, or private investment in conflict-affected states). And there is debate about the detail, including who does what. Some countries, such as India, point out that the ‘South’ is being asked to do a lot, whereas the ‘North’ needs to offer to do much more (e.g. on trade, tax avoidance and climate finance).

There is a clear consensus that ODA has an important role to play in helping developing countries, especially the poorest countries, initiate and push faster rates of public spending to improve infrastructure and social services.

Given the important role that ODA plays, there is significant support across developing countries and civil society for the 0.7% aid target, with 0.15 to 0.2% of GNI to be directed to the least development countries.

Views diverge among donors though. For example, the EU, led by the UK and Scandinavians, reaffirms its commitment to the 0.7% aid target. While Australia, perhaps unsurprisingly, goes to great lengths to talk up the role that ODA can make in ‘leveraging’ other flows, whilst simultaneously sidestepping the issue of the aid target.

Another thorny issue is quantitative aid targets for emerging economies: something that the BRICS have baulked at so far, while at the same time enthusiastically pushing targets for advanced economies.

Recipients are clearly aware that commitments to aid targets have not been honoured in the past.

The G77+China group have come up with an interesting proposal:

[T]he unfulfilled ODA commitments on the unfinished MDGs should be carried forward and be estimated in the context of the review of the implementation of the Monterrey Consensus and Doha declaration as a matter of urgency.

It’s a novel idea, and one that is sure to get the attention of donors—especially the more recalcitrant ones. But it is actually a milder form of my April Fool’s Day proposal, and no more likely to be accepted.

Developing countries and NGOs continue to express concerns that aid predictability is a problem.

NGOs have suggested the International Aid Transparency Initiative (IATI), should be reflected in the framework. There are also calls for donors to make clear, time-bound commitments: both in aggregate and for individual countries.

India has suggested that this is an area where the multilateral system can help, and where independent monitoring of aid commitments could provide valuable feedback. More generally, there is a need to ensure that some countries do not get overlooked by the international aid system. This can especially be a concern for fragile states, which present more pressing challenges for donors to do business with. Monitoring of aid commitments needs to keep a close eye on these countries and draw attention to unmet needs, if some countries look like being ‘left behind’.

The ‘elements’ and discussion paper provided a sound starting point for the debate on financing for development. The consultations that followed illustrate the importance of the issues, as well as some of the tensions and challenges.

Clearly a one-size-fits-all approach won’t work, but the framework provides enough scope for tailoring to the country context. So long as common sense prevails, then it can be applied in practice.

On aid targets, I share some of the concerns expressed by developing counties and civil society that some rich countries are using the framework to divert attention away from their failure to honour aid commitments, and that there are risks going forward. This needs to be managed by pressing for individual and binding commitments, especially for aid to least developed countries, and backed up by independent monitoring.

Looking beyond aid, the proposals to stimulate trade and non-aid financial flows look like they need more substance. In particular, I would like to see more tangible commitments from the major economies (i.e. G20) on actions to deal with tax avoidance and tax evasion, including in the resource sector; what steps they will take to tackle trade barriers, such as subsidies and standards; and how they will encourage their major companies to honour their corporate responsibilities when investing in developing countries. None of these issues are new, but past efforts have been insufficient.

Overall, I am cautiously hopeful though—not for a perfect plan, but for an evolution of existing commitments and a stronger consensus on financing for development