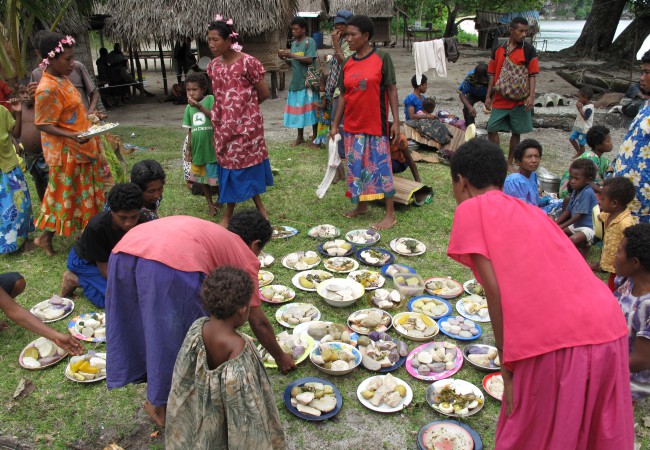 When Cyclone Yasi hit the southern islands of Vanuatu earlier this year, it destroyed many of the gardens that people rely on. But people in the Pacific have long developed methods of preserving food and surviving when affected by drought and cyclones.

‘When cyclones knock over our banana and manioc, we use the leaves to cover them up until they are ripe’ says Mary from Tanna. ‘We also use black palm to scrape and pound the young bananas, which makes them soft and we can make laplap. Also, the young manioc can be buried and stored underground for up to three months so we have something to eat until our gardens start to grow back again.’ These remain important customs for survival, but Mary worries that some of this knowledge is being lost. ‘After Cyclone Yasi, everyone expected the government to come and help them. It took a long time and when finally the government did respond by bringing rice, there were disputes over whether distribution was fair. It is important that our community remembers our customs so we can rely on ourselves for food, especially during disasters’.

It is not only natural disasters that are impacting on food security. The Pacific has become a region of contradictions when it comes to food: once abundant, there are now increasing pockets of malnutrition and hunger, especially among rural and peri- urban children, while at the same time the Pacific has some of the highest levels of obesity and diabetes in the world.