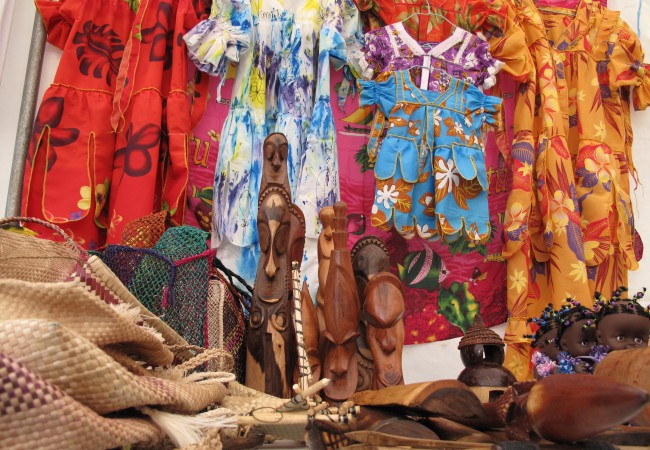 Respected regional journalist Nic Maclellan discussed the status of the PACER Plus negotiations in his recent Islands Business article. He concluded with the question: “Will Australia and New Zealand (ANZ) guarantee legally binding access to their labour markets and appropriate levels of development assistance, in return for greater access for overseas service providers into island economies?”

The question posed is instructive. It reflects the mood of the negotiations now entering the ‘horse trading’ phase: negotiators begin to bargain on critical issues and resort to ‘fallback positions’ to avoid the risk of crossing ‘red lines’. It also reflects a degree of frustration about the negotiations that have become somewhat protracted. But more importantly, it reflects the stage when arguments on the basis of objective criteria are beginning to meet increasing resistance and thus requiring political solutions.

What is also instructive is the nature of the issues that are frustrating the negotiations. The issues are those that are characteristically divisive in the context of an inter-regional FTA agreement between a group of developed countries on one hand and a group of developing and least developed countries on the other. They are in fact reminiscent of the issues, for instance, under the EPA negotiations between the ACP Group and the EU and even under the multilateral trading system (MTS) where the contrasting styles and interests of diametrically opposed groups go head to head.

I raised the issues of developmental resources and labour mobility in my most recent blog ‘Who should be part of the regional architecture?’ The issues being put up for direct horse trading here are those that relate to the extent of relative protection and preferential treatment of foreign service providers vis-à-vis those of the FICs and vice-versa. The infant industry provision, for example, is “strongly opposed” by ANZ, says Maclellan. This may be so because the provision is essentially protectionist in nature. Arguments for its developmental rationale are often drowned out in a concerted push for free trade and for the removal of any discriminatory measures.

The MFN provision remains unresolved. The problem is likely to be that ANZ will want all concessions negotiated by the FICs from other regional economic communities (RECs), or with a big trading partner, to also apply to them, regardless of the membership of those RECs – whether they are developed countries or developing countries. The FICs are likely to restrict such application, again for developmental reasons.

Pre-establishment provisions which deal with the making of new investments, including the participation in existing enterprises by foreign or non-resident investors, is likely to be traded against the FICs’ “positive list’ approach: a list of sectors that can be accessed and how. Developing countries tend to be reluctant to make offers relating to pre-establishment due to their national policy to reserve some sectors for local investors for the development of domestic entrepreneurship and domestic industrialization. Developed countries on the other hand tend to demand the same national treatment accorded to domestic investors.

Division on the other unresolved issues is along this same political economy line which only highlights our differences. As a matter of fact, the ANZ stance on these issues are predictable. They reflect their WTO stances. Their commitment to the WTO principles forms the basis of their proposals for the negotiations. However, the WTO is undergoing changes. It has changed from GATT to WTO and further changes are now evident. Some have even predicted its demise – the dismal state of the Doha Development Agenda representing the ‘death of multilateralism’. Gordon Wong, a London-based researcher in international relations wrote last January of ‘The Beginning of World Trade Disorganization’. Before that Dr Jason Hickel wrote of ‘Free trade and the death of democracy’, noting the real interests at play behind the concept of free trade.

I suggest therefore that ANZ take all these changes to heart and re-visit all their proposals that are proving divisive under the PACER Plus negotiations.

WTO is a product of the post-Cold War era when the US reigned supreme in a uni-polar world and dominated through the Washington Consensus. The WTO as an organization and its principles became a tool of that period with stronger dispute settlement provisions and the acceptance of the single undertaking provision. In contrast, the relatively weak trade regime of the GATT before that in the context of a bi-polar world at the time, had its soft provisions relating to the Special and Differential Treatment (SDT) and a softer approach to preferential trade.

Now, however, with a multi-polar world and in the aftermath of the global financial crisis, the WTO and the MTS are undergoing further changes. Regionalism is growing. The BRICS, especially India, are threatening the powers that be in the Organization. The US’s underwriting of the Organization is coming under increasing pressure. A Beijing Consensus is on the rise.

Where is the WTO heading? Wong anticipates a way out: Capitalism with a Human Face, i.e. to transform the “social purpose” of the WTO in a return to the GATT’s ‘welfare state’ model. This comprises a compromise between laissez-faire capitalism and social welfare, genuine application of the SDTs, and greater appeal to flexibility and pragmatism in condoning protectionist behavior.

I suggest therefore that ANZ take all these changes to heart and re-visit all their proposals that are proving divisive under the PACER Plus negotiations. Why can’t they, for instance, be a lot more creative and generous as regards FICs’ proposal on ‘infant industry’ provision and negotiate offsetting measures under a ‘post-establishment’ phase under National Treatment and/or under Modes 1- 4 of service delivery under the Trade in Services agreement? Such an approach builds complementarity and maximizes value adding. Furthermore, it removes any fear of unbalanced negotiations and firmly re-enforces a win-win situation for both sides. In any case, aren’t we supposed to be essentially unitary in our approach since we belong to the same regional economic community?

Post Tagged: aid, regionalism, trade
This article was written by