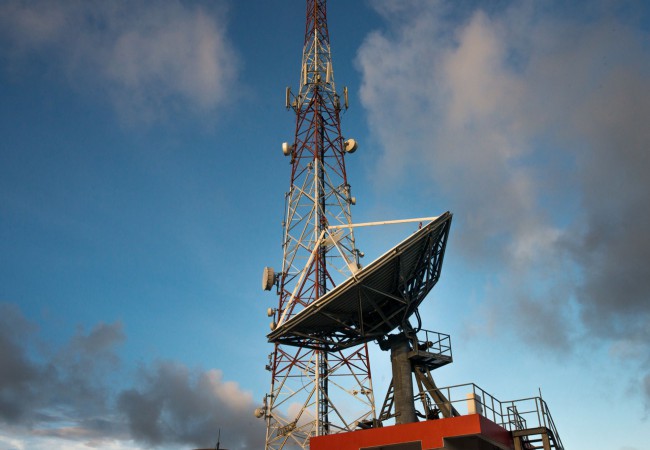 Some may express a lack of concern about evidence of intelligence agencies ‘hoovering up’ every single communication across the southwest Pacific. But that doesn’t mean it isn’t illegal and wrong. Comprehensive surveillance of the kind we are experiencing under the NSA’s regime of total information awareness is a threat to our freedom of conscience, expression and association. More the point, it’s just not how allies should act.

Samoan prime minister Tuilaepa Sailele recently offered a public reaction to the news that New Zealand’s Government Communications Security Bureau, or GCSB, had moved in 2009 from occasional, targeted electronic surveillance tactics to ‘full-take’ collection. Mr Sailele showed his trademark forthrightness in asserting that the proper term for spying was ‘diplomacy’ and that it happened all the time.

This is a mischaracterisation. To conflate the sometimes confidential and always delicate role of the diplomat with someone rooting through literally everything you send over a wire is misguided, and does a significant disservice to diplomats. It’s a little rich, too, when someone who has ‘nothing to hide’ also has no problem with the physical intimidation of the Samoan media.

Let’s be perfectly clear about one thing: There is a world of difference between the intelligence gathering that allies conduct between themselves—often cooperatively—and the kind of thing of which New Zealand stands accused.

Intelligence gathering is a rather broadly-defined activity. It comprises:

As a by-product of the information age, governments are relying increasingly on signals intelligence in their spying and intelligence gathering. Part of the reason is political, and part of the reason is financial. When you calculate the political and financial cost of physically venturing into another country and breaking their laws in order to gather sensitive information, hacking, data interception and other technological tools seem pretty darn attractive.

It’s not a substitute, though, and although the prevailing wisdom is that a single satellite photo renders a walk-though unnecessary, many intelligence experts have expressed concerned for the loss of the detail and nuance that only comes about from being there. Not to put too fine a point on it, the USA might bomb fewer weddings if it quit relying exclusively on satellite images.

Until 2009, the Waihopai signals facility on New Zealand’s south island was used primarily to listen to the traffic bouncing off the satellites that service the southwest Pacific. It was a tightly-focused instrument, capable of listening in on particular phone calls and other communications. Then in 2009, as part of its commitment to the so-called Five Eyes intelligence agreement between the USA, Canada, the UK, Australia and New Zealand, Waihopai got a significant upgrade.

This upgrade changed the game completely. It reduced New Zealand’s role to being a more or less passive accessory to the American international agenda, and it integrated American assumptions about the primacy of signals intelligence into the Pacific intelligence community.

In a shameful climb-down in international stature, New Zealand has implicitly granted the NSA the ability to spy wholesale on its own citizens when they travel abroad—a capability they deny their own intelligence officers.

Waihopai acquired what is known as ‘full take’ capability. In short, it became possible not only to grab selected bits of information bouncing off the satellite, but to acquire and store pretty much everything. This information was passed on, in bulk and largely unfiltered, directly to the NSA. Ironically, it is more difficult for New Zealanders to access the data they gathered than it is for Americans. In a shameful climb-down in international stature, New Zealand has implicitly granted the NSA the ability to spy wholesale on its own citizens when they travel abroad—a capability they deny their own intelligence officers. Green Party co-leader Russell Norman insists that the GCSB is breaking the law in doing so.

It is most certainly breaking the law of most south Pacific nations. And this is why Mr Sailele’s complacence and comfort with the situation is so surprising: As prime minister of Samoa, he has a duty to uphold the law. And Samoan law contains clear protections for personal information on telecommunications systems. Mr Sailele’s opinion on the matter is of no importance. Nor is that of Michael Field, who not only reported the Samoan story, but wrote his own remarkably similar op-ed on the topic.

But Mr Field is perhaps not the kind of authority we’d want to rely on in this circumstance. His argument for normalising rampant, wholesale spying consists of asking how New Zealand should be expected to invade its neighbours without sufficient intelligence to do so. He uses the UK’s request that New Zealand invade German Samoa during WWI as his primary example. It’s worth mentioning that friends don’t usually invade friendly countries. Because that would be an act of war.

Presumably, if New Zealand’s military assistance were sought by a Pacific islands nation, the intelligence required to protect troops and civilians would be readily supplied by those asking for help.

Mr Field’s tangential play to anti-immigrant paranoia is perhaps indicative of who he thinks his audience is. ‘A large chunk of Fiji’s population live in New Zealand,’ he writes, ‘and more may come if things ever go bad again.’

This blasé—even shameless—attitude toward surveillance and the utter derogation of personal privacy becomes more understandable when we realise that, politically and diplomatically, there is little that New Zealand could have done to mitigate the damage. The smallest partner in the Five Eyes alliance, it brings virtually nothing else to the table other than its proximity to the strategically important southwest Pacific.

Mr Sailele too is no doubt aware—now, if not before—of the fact that the Five Eyes have installed a tap on their fibre-optic link to American Samoa. So his gruffness can best be understood as the reaction of someone who confuses being powerless with being weak, and seeks to hide both.

As with so many geopolitical issues, Pacific island nations are severely circumscribed in how they can react. For example: Objecting to wholesale, fairly blatant interception of mobile phone traffic, as happened in Honiara, might put Solomon Islands prime minister Manasseh Sogovare in a difficult position diplomatically, or even politically. From a realpolitik perspective, he’s much better served buddying up with the spies and trying to reappropriate the data for his own purposes. If he doesn’t, maybe the next one will.

The most obvious response to all of this is perhaps the least desirable to the western alliance. Fiji, Papua New Guinea, Samoa and Vanuatu have all accepted significant investment in their national telecommunications infrastructure from Chinese interests. This may not have the effect of cutting off the Five Eyes’ intercept capabilities, but it will at least allow their rivals to see things as clearly as they do.

This is hardly a desirable play for Pacific island countries, though. It’s a bit like trying to decide which creepy boyfriend-wannabe gets to hang out under your windowsill every night.

Pacific islands governments could be doing more to protect themselves. Their national networks are small and have only a few points where they contact the outside world. By virtue of this, they are in the rare position of having what is known in security circles as a minimal attack surface. There are relatively few points where an external entity can usefully insert itself into their networks. By applying some basic technologies and security protocols, they could improve their communications integrity significantly. This might not be enough to safeguard the most tightly held secrets, but it might be sufficient to keep the commonplace ones intact.

More to the point, though, the process of information acquisition among friends should be a two-sided process. Instead of indulging their most prurient instincts, developed countries should engage with their development partners to improve open source information gathering. Surely even the most aggressive military strategist can see that things like improved maps, meteorological and geographic data, better economic data gathering, state of the art taxation systems and better records management for police and the courts are vastly more valuable as intelligence sources than a minister’s private conversations with his children.

In the midst of all of this, the peoples of the southwest Pacific have to be asking themselves where this leaves them. Commoditised more now than ever before, their personal lives are subject to intrusion with complete impunity. Anyone who thinks this comes without cost, who thinks they have nothing to hide, has not been paying attention. Public shaming on the internet can happen to anyone, and it doesn’t take much to do it.

In the short term, private citizens have few alternatives other than to live with the awareness that their governments are creeps—literally, they are allowing a kind of pathological curiosity that, if it happened in the physical world, would be considered little short of depraved. And lest you say that’s an exaggeration, there is evidence of NSA staff listening in to military service members’ most private conversations. The private sector is little better. One former telco technician I spoke with was completely up front about it. ‘Yep,’ he told me, ‘That’s how you’d spend a slow Sunday night shift. Browse all the calls until you found something interesting, then gather all your buddies and listen in.’

Businesses and governments have yet to realise the fullest implications of the utter lack of security in our private communications. But if the Snowden revelations teach us nothing else, it’s that the lack of privacy cuts both ways. Nobody, not even the NSA, is hack-proof. Nor will we be until we start to respect our individual privacy, to accept that the only way to ensure that information cannot be stolen is not to store it.

Then, perhaps, we can begin to build the technological, diplomatic and legislative tools that we need in order properly to protect our secrets, big and small.

Post Tagged: internet, peace and security, telecommunications
This article was written by