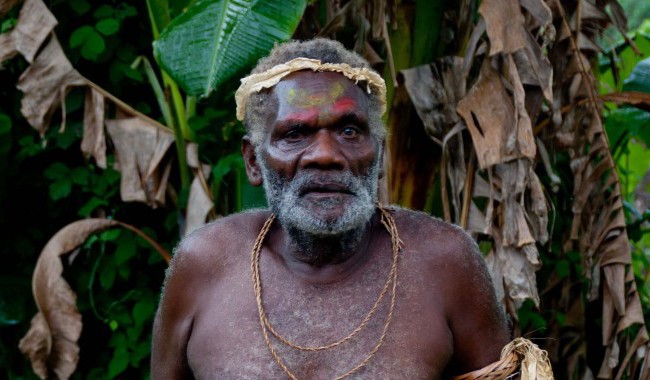 It’s telling, and rather tragic, that even after the lessons of Wikileaks, democratic governments have still not learned how to deal with secrets. Ask a Pacific islander, and he’ll tell you how. If he trusts you. It’s high time for global villagers to take a seat by the fire and take a lesson on surveillance, censorship and secrecy from societies that have been using them as their stock in trade for nearly 3000 years.

Viewed from this side of the lagoon, one of the most startling aspects of the Manning and Snowden scandals is that people, organisations and entire governments were taken utterly by surprise by the breakdown of secrecy. If it weren’t so damaging, the US’s flailing reaction would be comical. The Obama administration’s actions resemble nothing so much as a grasping debutante whose connivances have been exposed mid-cotillion. Swearing vengeance, warning others off from even talking to the tale-teller, harping shrilly about the damage, the harm, the lost integrity – it’s all a bit much, really. Unfortunately, this particular prom queen has nukes.

Any Pacific islander will tell you that watching comes at a cost, and that cost must necessarily be shared. On Pentecost island in Vanuatu some years ago, I was taken on a tour of a small village by Chief Richard Leona. A wily old man with a sharp glance and a subtle mind, he never missed a chance to make a point. On entering a house, he slipped off his sandals, gave me a significant look and said, ‘A chief never brings dirt into someone’s home.’

Chiefs in the Pacific are expected to know more about the goings-on in their village than anyone else. They understand, innately if not overtly, that surveillance is power. So too, do a few in the West. In The Dangers of Surveillance, an important paper on the legal implications of surveillance published in the Harvard Law Review, Neil M. Richards argues that ‘[s]urveillance is harmful because it can chill the exercise of our civil liberties, especially our intellectual privacy.’

Surveillance is censorship. Richards reminds us that the simple awareness of being watched is sufficient to change not only the way people act, but the way they think. Richards finds this antithetical to his conception of liberty. He cites Justice Brandeis, writing that the US Founding Fathers ‘… believed that freedom to think as you will and to speak as you think are means indispensable to the discovery and spread of political truth….’

A chief knows all about this, but applies the knowledge differently. He knows that, applied astutely, the collective gaze of the village is sufficient to keep most people from mischief most of the time. Rather than monopolise the scrutiny, he shares it out, relying on the natural, often prurient, curiousity of others to supplement his own perspicuity and insight.

There’s a good reason for this. In village life, the world (pace Thomas Friedman) really is flat, and there’s little to hide behind. The power of the communal gaze is often sufficient to keep people not only from wandering astray, but even from thinking stray thoughts. When the time comes to adjudicate in a village meeting, the chief relies on the force of consensus to support and reinforce his rulings.

More than one chief has been blackmailed into silence because of his own dirty secrets.

But here’s the key: The ability to enforce (and yes, sometimes coerce) unity in a communalist setting is one that can easily be turned back upon the enforcer. More than one chief has been blackmailed into silence because of his own dirty secrets. His business can as easily be brought under scrutiny as any other villager’s. He does well, therefore, to follow Chief Leona’s example and to avoid tracking dirt into other people’s houses.

The corollary to this, of course, is that privacy in village life is not axiomatic. While it remains fundamental to liberty, its value is limited, to say the least, in a community where peace is valued over justice, where equality is disempowering, where privilege is a liability and subject to public ridicule. Privacy becomes a rarity whose sustenance is snatched only in morsels. In many cases it’s protected by nothing more than the island equivalent of Japanese fusumi, paper walls providing only symbolic separation between public and private spaces.

To citizens brought up in societies built around suburbia and liberty, the costs of sharing and loss of privacy may come as a shock. They rejoice as the walls of secrecy tumble down and wail when they belatedly discover that their neighbour’s walls supported their own. My privacy is your secrecy. Do away with one and you necessarily do away with the other.

Governments and technology firms haven’t quite grasped the implications of this. It may yet take some time. If Manning and Snowden teach them nothing else, they should at least realise that the problem with Big Data is that it’s really not that big – it’s small enough, at any rate, to fit on a single removable drive. Securing the data mine is therefore a nigh-impossible task, not only are the gems easy to conceal, but a single worker can walk out with the entire lode in his pocket.

You cannot, in short, usefully gather data in secret. (Well, you can, but it’s useless until it’s shared.)

Governments, therefore, face a choice: They can either continue to thrash about futilely, vindictively, trying to forestall discovery of just how much snooping they’ve done into our online lives. Or they can front up and admit frankly what we tacitly understand: We all live in a very, very public place.

Perversely, governments will likely find this easier to do amongst themselves than they will with their respective populations. Post-Manning, diplomacy and international relations can only be conducted on the assumption that everything that passes through public networks (and a great deal that doesn’t) is being intercepted. More and more, the Agora is where we’ll come together, not the smoke-filled room.

As every chief knows, the problem with knowledge is not volume; the problem is distribution. His power is vested not in what he shares, but in how shares it. He respects the fact that prying too closely into one person’s life, no matter how easily done, only encourages the other to do the same to him. And that can only end in tears.

In the village, it takes an effort to ignore the sounds emanating from the next hut. But it requires only a few moments’ reflection to realise that one’s own hut sounds much the same.

The challenge facing us today, adrift as we are in a rising ocean of data, is not technical. It’s not even political, though it will necessarily alter the political process. The challenge we face is cultural. Those walls we thought impervious are, alas, only paper. Governments and data companies have known this for a while. The problem is they don’t feel they need to share their knowledge, their insight, their privilege with their fellow villagers.

And more to the point, we wouldn’t know how to behave if they did.