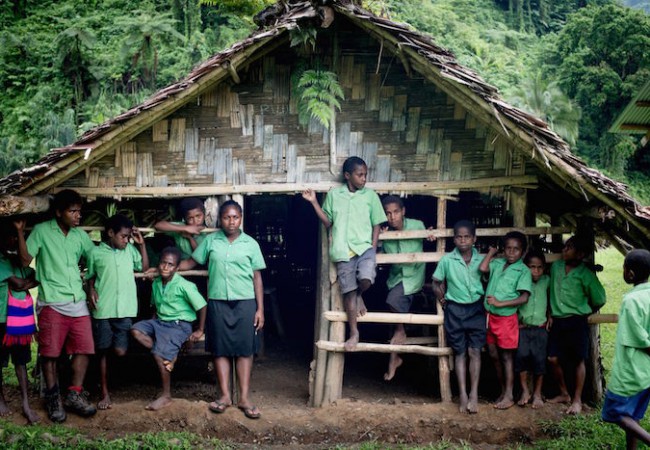 In recent years, criticism of the Millennium Development Goals, or MDGs, centered on the lack of consultation, which resulted in a set of goals that aimed primarily at sub-Saharan Africa, but applied to all developing countries. Negotiations are well under way to decide what development goals will succeed the MDGs, and this time there has been much broader input.

The current negotiation follows on from an extraordinarily inclusive process over the last 18 months led by the UN General Assembly’s Open Working Group (OWG) on Sustainable Development Goals. Following a global, multi-stakeholder consultation, the OWG has proposed a set of 17 sustainable development goals and targets. The group drew inspiration from a number of sources, including the Rio+20 outcome, the UN Secretary General’s High Level Panel of Eminent Persons on the Post 2015 Development Agenda, and a raft of contributions from academia, business and civil society.

In the end, however, the proposed SDGs were agreed by UN member states. That means there had to be political trade offs and compromises made. But it must be recognised that development is inherently political at the local, regional and global levels. There remains some pressure to reduce the number of goals and targets. But that would risk of omitting important issues just for the sake of easing communication.

We should be looking for more innovative means of communicating the agenda in its entirety. It can be done. The High Level Panel has done so already so through five transformative shifts, and the UN Secretary General has pointed to six essential elements for sustainable development in his recent synthesis report [pdf] of the process to date.

Within the UN system, it is evident that there is little desire to re-open what was an exhaustive and exhausting negotiation. Delegates recognise the political sensitivities of substantially altering the goals and the issues they address, which together form a comprehensive and mutually reinforcing development agenda. Add, remove or significantly change one goal, and the whole package is compromised.

The new agenda has more depth and nuance than the MDGs – and rightly so. This shouldn’t be seen as a problem. The general public will accept that any exercise that drives national, regional and global efforts toward coordinated, sustainable development is necessarily wide-ranging and complex. It will be up to governments, think tanks and other civil society stakeholders to distil the information such that citizens can to use the new agenda to hold their governments and international actors to account when undertaking development activities in their name.

There is now broad acceptance that the SDGs should be applicable to all countries. Rhetorically all the right noises are being made in this respect, although it remains unclear how this will be implemented, if it’s implemented at all. A significant divide still remains between a ‘developing’ and ‘developed’ world. Many still view this as an aid agenda, rather than a development agenda.

It will be important for all countries, regardless of their economic status, to apply the goals both internally against national development priorities and as a means of improving the global commons. Indeed, it is expected that each country will contextualise the global goals and targets to the national circumstance. While the SDGs are to be universally aspirational, clearly not every goal will be applicable nationally. For example, a goal on oceans is not directly related to the national planning of land locked countries: Nevertheless, all countries have a role to play in the protection of marine resources through multilateral decision-making.

The core of the new agenda, the implementation mechanism, has yet to be finalised. There is a pressing need to rationalise and integrate many of the parallel processes that collectively set the global framework for development. Many small island countries struggle to deal with the multitude of international agreements, policy commitments and related reporting requirements. The new agenda should seek to streamline these, and not add to the bureaucratic burden.

What we have before us is a set of new goals that are intended to finish the work left undone by the MDGs, address the main gaps and omissions of the millennial agenda, and to steer global and national development on a path to sustainability over the next fifteen years. Given the competing pressures and priorities, the current proposal, while not perfect, provides a solid basis for the final intergovernmental negotiation.

Pacific island countries especially will welcome new goals addressing climate change, oceans and marine resources, inclusive economic growth, ensuring peaceful and inclusive societies, and building capable and responsive institutions that are based on the rule of law. They will no doubt also welcome the shift in focus from quantitative measurements under the MDGs to metrics designed to improve the quality of outcomes, notably in health and education. There is definitely scope to enhance the proposed goals and cover some areas not covered –or not yet covered well enough– by refining the targets and indicators. This, along with crafting a political narrative and means of implementation, will be the focus of deliberations that will continue in New York over the next six months.

In September 2015, world leaders are expected to come together to adopt this new agenda, which is intended to be transformative. If that is to happen, then UN negotiators are going to have to continue to be bold, and resist the temptation to solely rely on the political safety of pre-agreed texts and agreements, which hardly represent a recipe for transformation. The robust exchanges in the OWG and the breadth of the outcome indicate a willingness to depart from business as usual. Never before have we had consensus around such a wide reaching agenda. So let us hope we don’t slip back into well-rehearsed policy positions as the finishing touches are put into place.