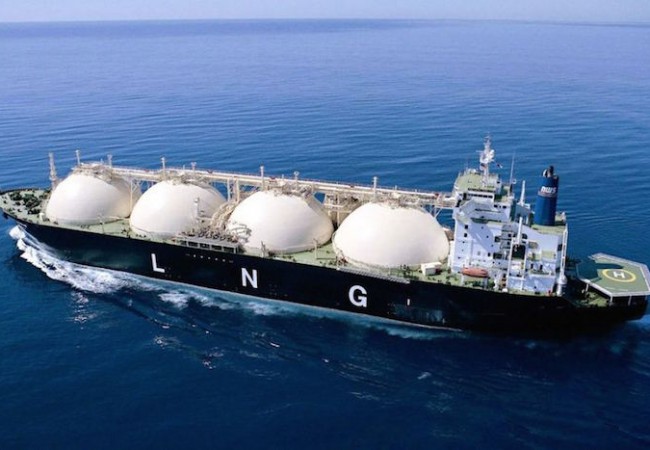 By the government’s own admission, Papua New Guinea sits at a crucial point: its public finances must get back on track if the country is to avoid macroeconomic instability and wasted resource revenues.

In July, the government released an unhappy report about the state of public finances. Poor or heavily politicised budgeting was expected to result in a budget deficit considerably larger than planned. The report said that on top of overoptimistic revenue projections, the better part of 1 billion Kina was at risk, expressing fears about LNG revenues being directed away from the budget, uncertainty concerning scheduled equity sales and questionable state-owned enterprise revenue projections.

Since then, the government has been working behind the scenes to pull things back into line. In an apparent effort to buy itself some time, the government quietly avoided publishing their regular Budget Strategy Paper in September, an obligation set out in the Fiscal Responsibility Act.

Now the projected 2014 budget deficit has reportedly moved to a much more respectable level of about 5.9% of GDP (K2.5 billon), more or less in line with projections laid out in the 2013 and 2014 budgets. Some serious work was needed to rectify the problems in the original 2014 budget. By this measure at least, the 2015 budget could be called a success.

But acute financial stresses are being felt.

But acute financial stresses are being felt. A recently leaked government circular illustrates the pressures arising from such a prolonged period of deficit spending. The document announced that the Secretary to Treasury was to ‘cease all warrant releases (except for personal emoluments), effective immediately’. The government is effectively asking departments not to commit to anything and give back unspent cash, well over a month before the end of the year. Behind the scenes, officials are looking for short-term solutions to cash flow challenges.

Despite concerns expressed in June, 2014 revenues have managed to meet their original estimate in the 2014 budget, dragged over the line by an eleventh hour increase in some revenue sources. This looks to have been the result of hard work mixed with a dose of luck.

The Treasury’s concerns about a risky K600 million-asset sale were justified. It didn’t happen in 2014, nor has it been penciled for 2015. Given the risks involved, it’s hard to imagine why such as large revenue figure was earmarked for 2014–except to provide greater latitude for spending.

Less worrisome was the fear that all LNG dividends would be diverted from the budget. It appears that dividends are reaching the budget. Revenue in 2014 will be supported by LNG dividends worth over PGK 400 million. However, it is not clear, whether resource revenues are being diverted away from the budget., The lack of transparency around the UBS agreement still continues to cause a lot of uncertainty. To give faith in the good management of resource revenues require a much greater degree of transparency and dialogue.

Personal and company tax revenues were both doing well by mid-year –in part due to compliance efforts– but not well enough to counter shortfalls elsewhere. The Treasury was also concerned about the reliability of State Owned Enterprise revenues. Over the last few months the situation has changed for the better. Improved tax and SOE revenues reportedly added PGK 320 million more than anticipated, and have helped fill the hole.

Government spending is also expected to come in at a similar amount to original budget estimates. To achieve this, the government has done some serious rearranging to accommodate new items: PGK 204.3 million in increased interest costs, PGK 250 million for the South Pacific Games, PGK 60 million for Lae City Roads, PGK 75 million for National Capital District Roads and PGK 40 million for PNG power. This reportedly has been paid for by a savings drive. We know from the 2014 Supplementary Appropriation Bill that money was moved from various departments, capital and trust accounts, giving the government another PGK 1 billion to play with. Whether this is a savings drive or collecting money that has been unspent is unclear, but it has allowed the government to deal with overspend without deepening the deficit.

In the budget books, Treasury has laid down the challenge ahead, noting that the budget situation is central to macroeconomic stability:

In 2015, the government plans to reduce the deficit to 4.4% of GDP. This is a larger deficit than previously planned, but it would put the PNG government on track towards a balanced budget over coming years. This will bring the debt to GDP ratio down to below 30% as required in fiscal plans. This is vital to avoid exacerbating borrowing problems and driving borrowing rates upwards.

Since the deficit has been left for longer that initially envisaged, greater cuts to spending are now needed to bring things back into line. The government is planning huge cuts in spending in 2016 and 2017. Planning two consecutive years of sizeable cuts and relying on notoriously volatile resource revenues is optimistic, to say the least. To implement this, the government must build political consensus around these plans. It will be hard to convince political actors to buy in to the ‘end of the expenditure boom’ as elections loom.

Pencilling in equity sales as revenues, as happened in 2014, was a mistake. In 2015, a huge PGK 2.5 billion from the sale of landowner equity in LNG is delegated to pay down debt. The government plans on financing the deficit through this sale to landowners. This will not be easy. Neither should it be rushed due to financial pressures. Yet if it is not possible to make this transaction, interest rates must increase and borrowing will become even harder, perhaps causing even more cash-flow problems. It is not clear how much the government can realistically pin its hopes on external borrowing. But they certainly cannot rely on the central bank printing press without storing risks for the economy.

Plans to cut the budget deficit hinge on decisions around the Sovereign Wealth Fund and the flows of resource revenues. The budget offers a good start with a brief update on the sovereign wealth fund, however, the veil of silence must be lifted to allow these issues openly to be discussed. In the four years running from 2016 until end of 2019 only about 4% of the resource revenues will be saved. The rest will be used to support the government budget and help the government to reel in the deficit.

The amount earmarked for saving may be too small, not only because little is saved for future generations but also because it doesn’t leave an adequate buffer for price fluctuations. The risk of wastage or misappropriation should be hedged against as well. In this budget, LNG revenues seem to have allowed an expansion in district programmes –likely controlled by MPs. This risks wasting resource revenues. More concrete plans for protecting resource revenues and earmarking specific amounts for investment are will be necessary if long-term stability is to be achieved. But the government has stifled these discussions through its silence.

PNG has made great strides in bringing the headline figures back into line. Cash-flow and financing challenges are likely to continue, however. More credible plans and safeguards are needed to protect natural resource revenues from financing waste. Presenting agreeable numbers is not enough; there must be sufficient political buy-in to deliver these plans.

Post Tagged: economics, png, politics
This article was written by

Mark is a PiPP associate having previously worked with us as senior policy analyst and economist. Prior to that he was a macro-economic advisor at the Reserve Bank of Vanuatu.