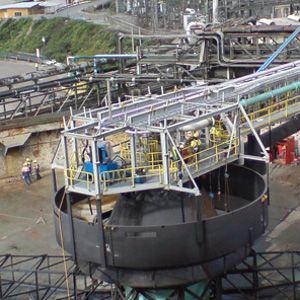 The Ok Tedi Mining Limited has announced a drastic fall in profits owing to a fall in global metal prices, mechanical failures at the plant and natural disasters affecting its operations and that of a major customer in Singapore. In 2012, OTML achieved a net profit of USD472 million, however last weekend it announced a profit for 2013 of just USD17 million. This adds to the challenges facing the government and the company who are managing ongoing disputes with PNGSDP – formerly Ok Tedi’s major shareholder before parliament legislated its takeover by the national government in 2013.  OTML dividends and taxes provide a significant proportion of government revenues. It is thought that this may present a challenge for the government who, in their 2014 budget, made plans to run a sizeable deficit for a second year running and are reaching ever closer to their own limits for fiscal responsibility.

Frida initially joined PiPP under the research internship programme. She continues to support the ongoing development of communication activities and maintaining our website. Outside of PiPP, she is deputy-chair of the board of Youth Challenge Vanuatu.