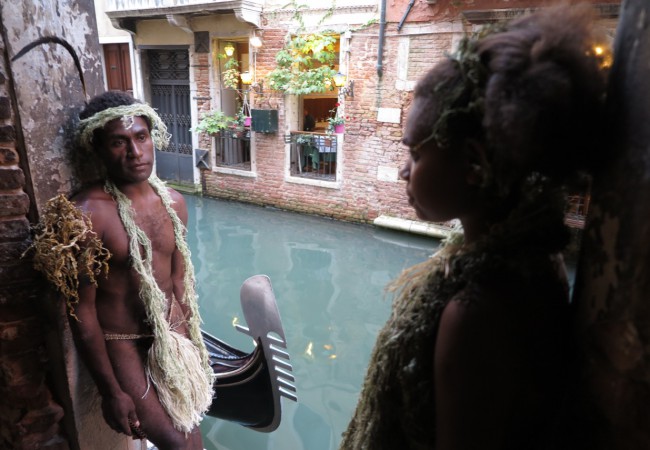 With its ancient waterways, ornate buildings and paddling gondolas, it is not hard to be seduced by Venice, one of the world’s most romantic cities. Yet for the past week the city has itself been enchanted by a small group of ni-Vanuatu actors dressed in custom, whose film Tanna has been at hit at the prestigious Venice film festival this year. 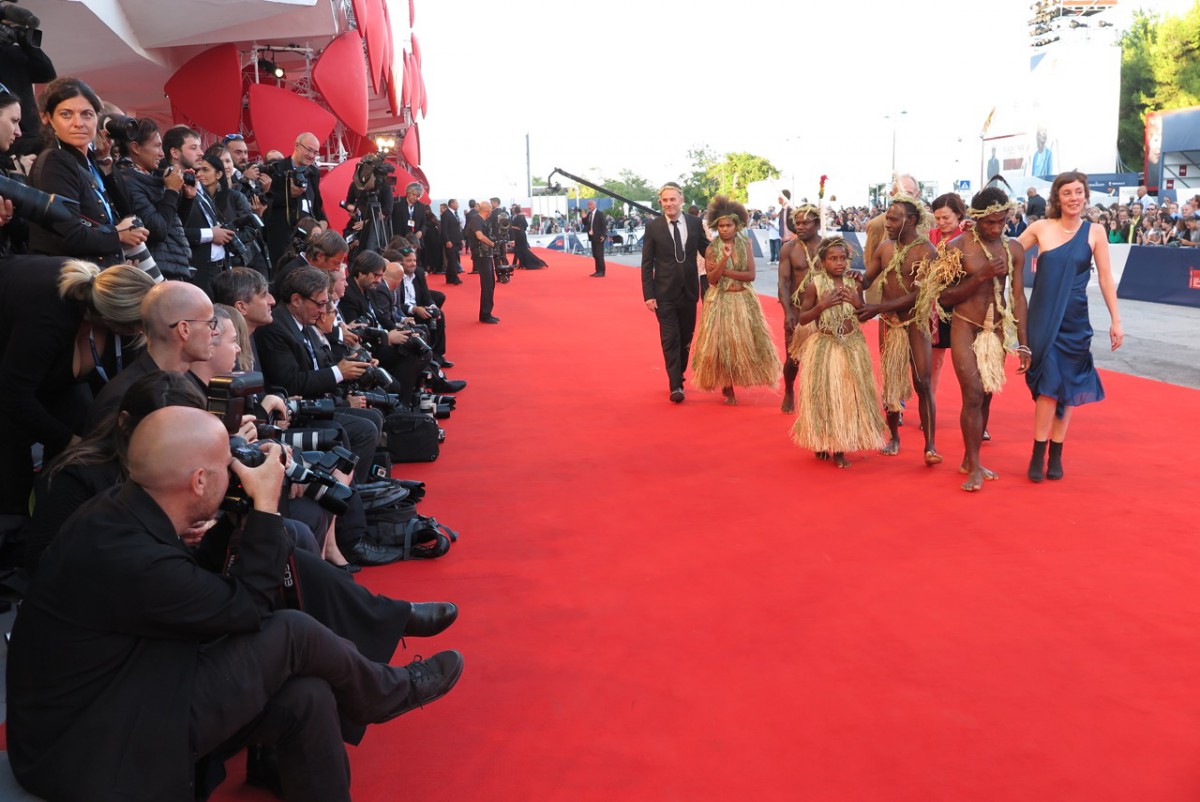 Although many of the big Hollywood stars were there, including Johnny Depp, some of the biggest audience cheers were saved for the five actors from Yakel village on Tanna whose custom dance on the red carpet provided a slightly incongruous sight compared to the sleek Dior and Channel-dressed stars gliding amidst the barrage of photography flashes. Photos of the exuberant cast ran front page on big Italian daily newspapers and film magazines – great publicity for post cyclone Vanuatu. 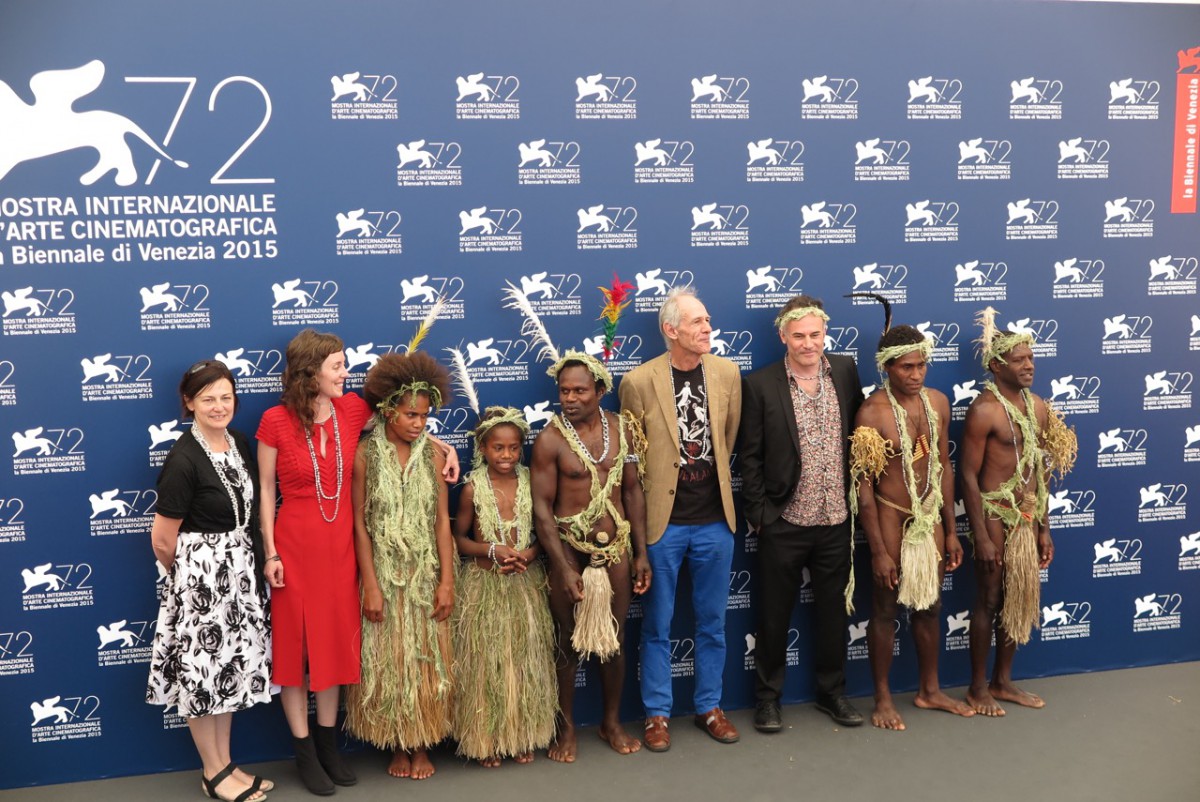 The film – shot in Vanuatu using an entirely local cast – had its world premier at the festival and took home two awards – the Audience Award and Best Cinematographer for Bentley Dean, who shot and co-directed the film with Martin Butler. Both Dean and Butler are known for their acclaimed documentaries and television current affairs for ABC and SBS television in Australia.

Dean first came to Vanuatu in 2003 to work with me on an SBS Dateline story about the John Frum movement on Tanna and the breakaway Unity movement led by the prophet Fred. He was immediately entranced by the place and spoke back then of returning to film something more substantial. It took him a few years but in 2013 he returned with his young family to spend seven months living in Yakel village developing the film. 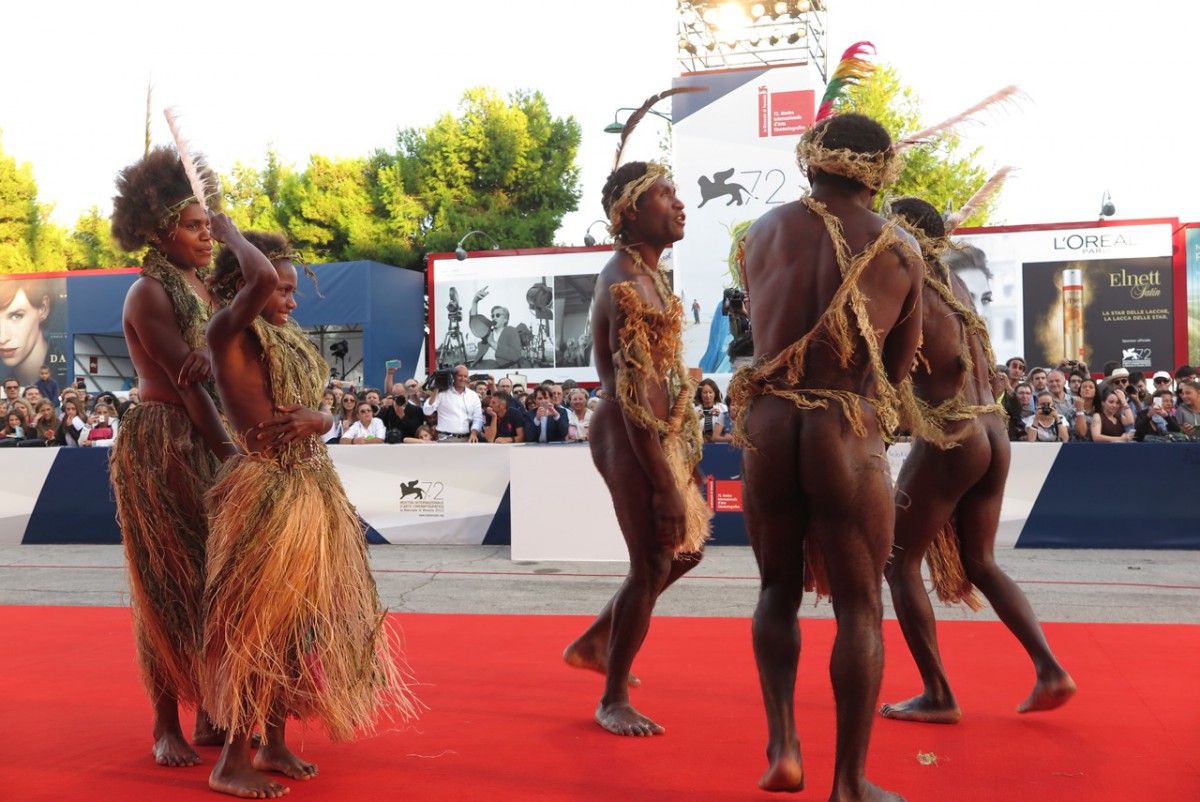 ‘I wanted to do a feature film based on a local story and at the same time give my young children an experience living in the village that would wire their brains differently, so there was a bit of social engineering at work’ he laughs now. He had been somewhat inspired by the Rolf de Heers’ Ten Canoes film, set in a pre-contact Aboriginal community in Arnhemland, which also focused on a entirely Aboriginal cast and local story.

Tanna will put Pacific film-making further on the map.

‘I arrived in Tanna with no script and no set story, I just wanted to develop something in collaboration with the Yakel people. For the first three months we didn’t shoot anything, we just talked and negotiated and developed some story lines. But they were keen to participate and in the end they took control of the process. We consulted at every point and showed them the rough cut and final cut for their approval. Perhaps the best compliment they could pay me in the end was when they said “Bentley, this is our film now”.’ 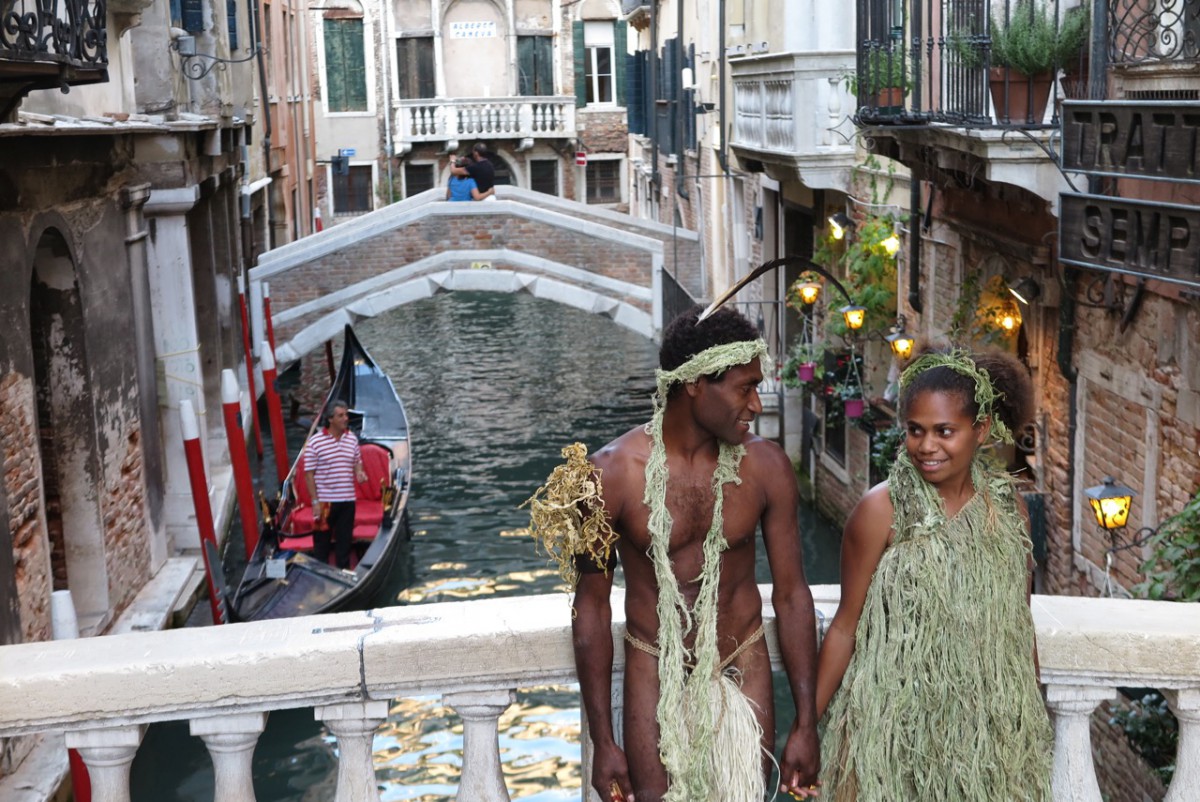 The film is a kind of Romeo-and-Juliet love story that focuses on a young couple caught in a local tribal war and traditions of arranged marriage. It is based loosely on several true stories of suicide by young lovers unwilling to submit to custom marriages and which prompted chiefs to begin allowing love marriages.

Tanna is beautifully shot, making good use of the Yasur volcano on Tanna island, and with natural performances from a village of people who had reputedly never even seen a film, let alone acted in one. The story also shows the complexity of those living kastom lives as christianity and modern influences begin to pervade the rest of the island.

The film has universal values, emotional range and subtly avoids exoticising its cast and setting. With more tributes yet to come, Tanna will put Pacific film-making further on the map. There are positive reviews from the Sydney Morning Herald here and the influential trade magazine Variety here.

[This article was amended from its original version to correct the statement that Tanna is the first feature film shot in Vanuatu.]
Post Tagged: society, vanuatu
This article was written by