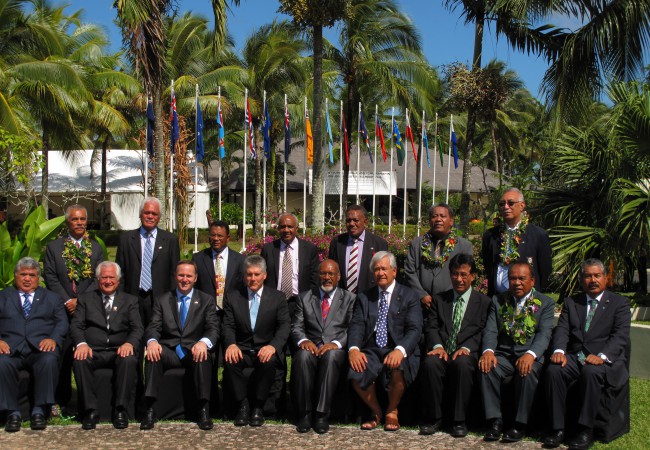 Given the tribal nature of the Pacific in general and Melanesia in particular, it is always a challenge to bring consensus to big ideas. Many of today’s leaders were forged in the struggle to win independence, and have since remained focused on developing their own nation states. Building a sense of nationalism, let alone regionalism, has itself been a real challenge, especially given the entrenched wontok2 system of loyalties and the relative infancy of the Pacific island states.

It is not surprising then, that despite many years of discussing Pacific regionalism, we seem to be getting no closer to a common understanding of what this means: where is the big picture on our Pacific future? Who can explain what the Pacific region will look like in 20, 50 or even 100 years from now? Are we moving towards a ‘Pacific Union’ with a single currency and open borders? Or will it ultimately be more beneficial for island states to stay focused on the nation building exercise and bilateral deals that enhance their own national sovereignty? And just what is the role of sub-regional groupings in Melanesia, Micronesia and Polynesia? Is it more realistic to consider federated sub- regional blocs (e.g. Federated States of Melanesia) rather than an over-arching Pacific Union? In the absence of a long-term vision, have we already seen the high-tide of regionalism, and the future now is ebbing back to national and sub-regional agendas?

The lack of debate or clarity on Pacific regionalism is creating confusion among the informed sections of the community, bewilderment among grass roots and despair among those Pacific peoples still colonised and unrepresented. This paper looks at the main areas where regional architecture is either established or now being built, as well as some of the ideas that could help shape a strong and viable community to best take advantage of the ‘Pacific Century’ we now live in.