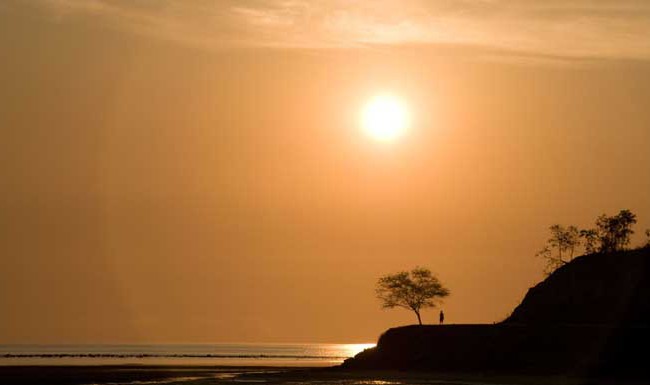 ABRAÇO is Portuguese for ‘embrace’. It’s also the title of my multimedia essay on Timor Leste, which investigates how the people of Timor have embraced their past, their present and their future and have tried to forge a life worth living.

The calamitous recent history of Timor Leste is one I’ve always felt close to. In part, it’s because it’s played itself out entirely in my lifetime. I’ve been old enough to comprehend the events, the causes and the effects of an international tragedy brought about almost entirely by politics and greed. In part, it’s because I’ve got friends who have witnessed first-hand key parts of the country’s history. But it’s mostly for even more subjective reasons than that. I’ve had the privilege of meeting a few of the people at the core of Timor’s resistance – and later its government.

But every time I’ve visited Timor, I’ve done so on my own terms. For years now, I’ve been wandering through neighbourhoods across the globe, taking photos and trying to see the world from the ground up. It’s a great way to see the world, rewarding in ways that can’t be explained to those who never step out of the tour bus.

It’s a uniquely limiting perspective, too. It tends to make it easier to miss the forest for the trees. It’s dangerous too, if you allow yourself to generalise too much. The plural of ‘anecdote’, as they saying goes, is not ‘statistics’.

But past a certain point, sufficient quantities of anecdote become statistically useful.

So when I saw a Foreign Affairs article recently claiming Timor Leste was the world’s youngest failed state, I had to wonder which Timor Leste the author was referring to – it certainly was not the one I’d just visited. A follow-up in The Economist came to the opposite conclusion, but only after a couple of assertions that, again, didn’t match with what I’ve seen.

ABRAÇO is a photo essay created in response to these critiques. It takes images from different points in the country’s history, puts them side by side, and allows you to draw your own conclusions.

Timor Leste is many things, but the poverty I saw, although significant, was hardly ‘abject’. Yes, ‘scars’ of arson and destruction from Indonesia’s spiteful scorched-earth campaign are still evident, but not nearly to the extent they were even a few years ago. And even that was a faint echo of the devastation of 1999.

The infrastructure is still weak and limited, but again, the change over the last five years alone is nothing short of astonishing. You can hardly travel 10 kilometres in this country now without encountering road work.

But the change that has been wrought upon this nation cannot adequately be measured in statistics.

But the change that has been wrought upon this nation cannot adequately be measured in statistics. Infant mortality has indeed dropped to nearly half of what it was under the UN mandate. More than half the population have mobile phones; 3G coverage is widely available and increasingly affordable. Youth literacy for males and females is pushing over 80%.

But standing where I was in Ainaro market (or Liquica, or Suai), none of that particularly meant much. What continually caught my attention was that the feeling of the place had changed. I can perhaps be accused of seeing what I wanted to see, but nearly a year later, as I peruse the hundreds of photos I took in my visits over a five-year period, I see a marked change in people’s response to the camera.

I might be reading too much into these images. So rather than draw conclusions, I will let you be the judge. Once you’ve seen what I’ve seen, though, I suspect that ‘failure’ is the last term you would choose to apply.

(And even if Timor were failing, surely South Sudan would be the youngest candidate for the title…?)