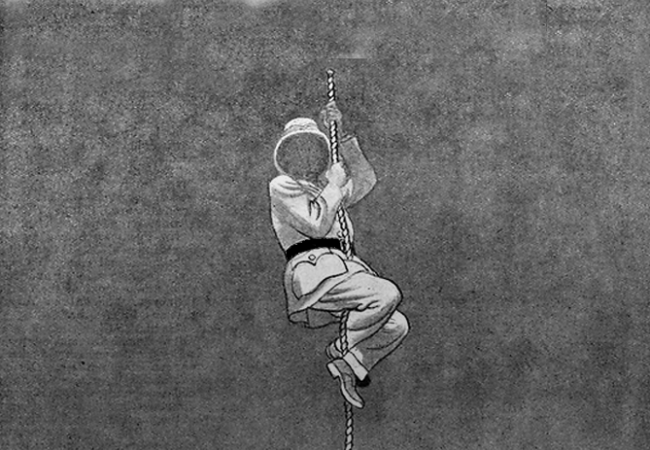 Next week world leaders come together at the UN General Assembly to consider what comes after the Millennium Development Goals (MDGs) expire in 2015. There will be much fanfare about how the MDGs rallied support to tackle important global issues, and a battle cry will go out for a last ditch effort to meet the targets that we set 13 years ago.

Instead of getting caught up in a universal back slapping exercise, we would be better served if our leaders face the sobering, inescapable truth – that we need a fundamental shift in our approach to development. Because let’s face it, despite all the thinking that has been done, all the reports that have been written, and all the money that has been spent in the name of ‘development’ we have failed to get to the root causes of poverty, exclusion and inequality. Sustainable development remains but a lofty dream.

Few people dare criticise the MDGs – at least not publicly. For many ‘in development’, it is their bread and butter. But if we are brutally honest, the eight MDGs were squarely focused on what should be done by and for poorer countries – with a specific focus on sub-Saharan Africa. Most Pacific nations simply did not –and in many cases still do not– have the data available to meaningfully measure progress against many of these ‘international’ goals. Worse, the ‘global’ scope of priorities did not always accord with pressing national development priorities in our island countries – most notably tackling climate change and non-communicable diseases.

Over the last year there has been a flurry of activity as armies of academics, bureaucrats, technocrats, NGO types, business leaders, activists and politicians around the globe have sought to influence the shape of the post-2015 development agenda. The breadth and scope of consultation has been encouraging, but it has also unleashed a massive international lobbying effort. Everyone wants their cause to be a new goal to maximise funding opportunities, or at least lessen funding losses.

One of the biggest challenges is what to leave out of the new goals. The report of the UN Secretary General’s High Level Panel includes 12 illustrative goals and 54 targets. The Secretary General’s own report points to 14 transformative actions that must apply to all countries.

Already there is much contention around the priorities flagged in the reports of the UN Secretary General and High Level Panel, namely around acting on climate change, peace building and state building, recognising the positive contribution of migration and addressing demographic challenges.

Probably the only way to avoid the whole process grinding down in negotiation gridlock is to aim for a set of aspirational global goals, with each country being then left to prioritise its development agenda based on the national circumstance and interest.

In that light, it is worth going back to the Millennium Declaration, the globally agreed upon statement that underpins the MDGs. The declaration set the foundations for a more peaceful, prosperous and just world, but many of the political aspirations and ideals were lost in the subsequent mire of global targets and indicators, including key objectives around peace and security, the special circumstances of small island developing states, the much needed focus on creating decent jobs for our young people, building effective public institutions, delivering essential infrastructure, and confronting the causes of climate change. These objectives mirror many of the Pacific’s priority areas for inclusion in the post-2015 development agenda.

The critical difference between the MDGs and what will come next – likely to be called Sustainable Development Goals (SDGs) – is that they must apply universally, and they must not over simplify the global development agenda. The MDGs became the benchmark to measure development progress across the world, and we became obsessed with measuring and reporting against them. But as the saying goes, you can’t fatten a pig by weighing it.

That is why the post-MDG focus for education, for example, has shifted from just getting kids into schools to providing quality life-long learning opportunities. It is why the focus on health needs to go beyond the big-ticket items of HIV/AIDS, malaria and TB to tackle non-communicable diseases, which are now among the biggest killers in many Pacific countries.

Country-led processes and ownership will be a key theme of discussions. Again, if we are brutally honest, the development story so far in this region is of ‘things being done to the Pacific’ – out of the noble intention of outsiders to save us, or the evil intentions of others to dominate. With apologies to the well-intentioned ‘do-gooders’, both scenarios can be damaging for our young nations emerging out of the shackles of colonialism. It has been pointedly put that ‘we must deconstruct colonial thinking and start truly conducting ourselves as independent states’. The re-forged development partnership must be based on mutual trust and shared but differentiated responsibility.

If Pacific voices are to be heard within what is sure to be a hotly contested negotiation over the course of the next year, we need our leaders and thinkers to step up their presence on the international stage. To do that they need to be representing the voices of our people. To hear those voices we need our governments and NGOs to be consulting widely. We need our researchers to be providing the information and evidence to support our claims. We need to be thinking what we want for our countries, our region and our world for the next 13, 30 or 50 years. And we need to be telling that to the rest of the world.

This post is an abridged and edited version of a keynote speech delivered to the 4th Oceania Development Network biennial conference (Addressing inequality and promoting inclusive and sustainable development) 11-12 September 2013 in Suva, Fiji Islands.