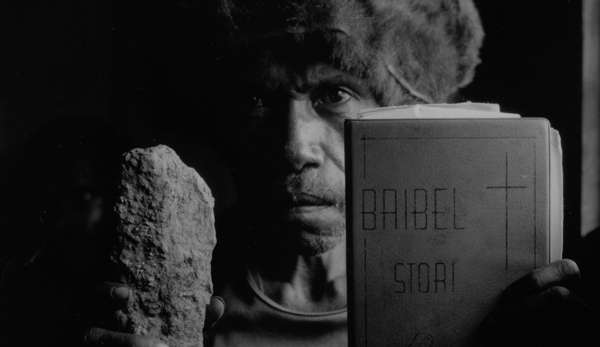 The term ‘West Papua’ is generally understood to include the two Indonesian provinces of Papua and Papua Barat. When discussing the economics of West Papua I will be treating the two provinces as one entity, although certain comments relate to specific provinces. Where not otherwise stated the figures used are sourced from the Indonesian Bureau of Statistics, (Badan Pusat Statistics), website (www.bps.go.id). This paper focuses on statistics from 2010 to provide a comparative analysis of Indonesian, West Papuan and Papua New Guinean economic and social outcomes.

In 2010 the Gross Domestic Regional Product (GRDP) of West Papua was rupiah 114,656,188 million or US$12.616 billion[1]. The population of West Papua in the 2010 census was 3,593,803, of which slightly more than half are now non-Melanesian Indonesian settlers and their offspring. Most official statistics do not differentiate between the indigenous Melanesian and settler populations; this results in distortion due to the fact most settlers reside in urban and coastal areas while the mountainous interior is predominantly inhabited by traditional Melanesian people. Most GRDP accrues to urban (settler) residents. Overall the per capita GDRP of West Papua was US$3,510 in 2010.

This is substantially more than the average Indonesian GDP per capita of US$2,452 in 2010 for its 237.6 million people[2]. It is more than twice that of neighbouring PNG, which in 2010 had a GDP per capita of US$1,521[3]. However the indigenous Papuan people do not enjoy a higher standard of living than their counterparts in PNG: on the contrary many indicators place them in a significantly worse position. Papuans also comprise the poorest sector of Indonesian society despite having a higher regional income than the national average. Papua province has a poverty rate (rural and urban) of 30.66% in 2012, the highest in Indonesia and far above the national average of 11.66%[4]. Rural poverty was even more pronounced, being 39.39% against a national rural average of 14.70%. Papua Barat hardly fared any better at 36.33%. Clearly the West Papuan people are not receiving the benefits of a high regional income. Which begs the question: who is?

Literacy is also very poor – the worst in Indonesia. In the 15-44 years age group Papua province had an illiteracy rate of 34.83% in 2011, the latest figures available. This is against a national average of just 2.30%. The next worst province was Sulawesi Barat which had an illiteracy rate of 6.49%. The 15 plus years age group fared no better; again the worst in the nation by a huge margin which is still growing: in 2003 the illiteracy rate was 25.54 but by 2011 it had leapt up to 35.92%. This clearly indicates that the Indonesian educational system is failing the West Papuans. Without education and basic literacy individuals are doomed to entrenched poverty.

The comparison of a basic health statistic, like the rate of infant mortality between Melanesians living in PNG and those in Indonesian-controlled West Papua, is very stark. While PNG has serious problems in providing health services to its population, some 80% of whom live in rural and remote areas, it delivers a far better outcome that the Indonesian government just across the border, even though the GRDP per capita of West Papua is over twice that of PNG. As Stella Roos Peters notes:

These statistics indicate a vast inequality in society. The group-interviews held amongst the different groups confirmed that discrimination is anchored in society and systematically disadvantages the Papuans[7].

This paper briefly shows that while overall economic outcomes in West Papua are better than the Indonesian averages the Papuan people suffer conditions far worse that the average Indonesian, and worse even than their counterparts in PNG. They are poorer, less educated and deprived of even the most basic health services, leading to structural discrimination and further marginalisation. It is obvious that, besides a small Papuan elite in the civil service, the fruits of West Papua’s rapid economic growth are going to non-Papuans and foreign entities, including Jakarta.

Jim Elmslie (Ph.D. Econ. Syd. Univ.) is the co-convener of the West Papua Project at the Centre for Peace and Conflict Studies, the University of Sydney. His Ph.D. thesis entitled, Irian Jaya Under the Gun: Indonesian Economic Development versus West Papuan Nationalism, was published by the University of Hawaii Press in 2002.

[1] For the sake of this analysis I am using an exchange rate of Indonesian Rupiah 9088 = US$1.00, which is the figure the International Monetary Fund .uses for 2010 analysis, see IMF World Economic Outlook, April 2011.

[2] As noted these figures come from Indonesia’s BPS, which I have used to keep the analysis consistent. Other sources vary: the IMF World Economic Outlook, April, 2011, puts the Indonesian economy in 2010 at rupiah 6,422,918 million and US $706.735 billion, and  GDP per capita at US $3,015. Even so the analysis holds: GDP per head is higher in West Papua than the Indonesian average but social conditions are much worse.

[4] Poverty statistics were collated separately for Papua and Papua Barat provinces by BPS.

Jim Elmslie (Ph.D. Econ. Syd. Univ.) is the co-convener of the West Papua Project at the Centre for Peace and Conflict Studies, the University of Sydney. His Ph.D. thesis entitled, Irian Jaya Under the Gun: Indonesian Economic Development versus West Papuan Nationalism, was published by the University of Hawaii Press in 2002.