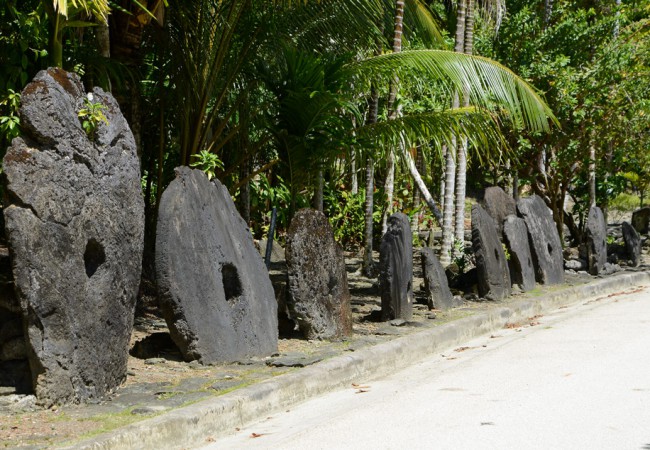 Tax Reform at the Crossroads in the FSM

For those unfamiliar with politics in the Federated States of Micronesia, this past week the 17th Congress of the FSM sounded like it was debating tourism. It spent the entire week debating sunsets. In actuality the just concluded Fifth Special Session focused mainly on a much drier but important subject: tax reform, which is now at a crossroad.

On April 8, 2013 the President of the FSM, Manny Mori, called a special session of Congress to start on April 15. The main purpose of the session was to repeal the so-called Sunset Clause, a clause in the Revenue Administration Act of 2012. Under that clause unless the four constituent States of the FSM adopt value-added tax (VAT) legislation by April 19, 2013 the RAA Act will be null and void, in other words the law will self-destruct. The President asked Congress to repeal that clause, because not to do so would mean the end of tax reform in the FSM.

Tax reform anywhere is an arduous task. In the FSM this has been exacerbated by the federal nature of the country.

The tax reform process started in 2004, when then-President Joseph Urusemal convened a Tax Reform Task Force to recommend a plan to modernize the tax system of the FSM. By 2005, the TRTF came back with a plan for a wholesale overhaul of the tax system. It consisted of:

The scheme was ambitious and locally designed (not by outside consultants) but it received much praise from international donors like the IMF and the ADB. Other donors like Australia also committed to support the tax reform efforts by providing technical expertise.

Due to the federal nature of the FSM, the tax reform had to be adopted as a package by all governments. The national government for example is restricted by the FSM Constitution from adopting any tax except ones based on import or income. Therefore the VAT had to be adopted by the States. Since the objective was to have a uniform tax system nationwide it became necessary to have the four States adopt substantially similar tax legislation.

Then politics took over. The national Congress set up the new tax authority by enacting the so-called URA (Unified Revenue Authority) and RAA (Revenue Authority Administration) Acts. The States of Chuuk and Kosrae adopted the necessary legislation. However, the private sector on Pohnpei started vehemently to object to the VAT, and to pressure the State Legislature not to adopt the VAT. The State of Yap on the other hand found fault with the whole concept of the URA, arguing that it was unconstitutional under the Yap Constitution to delegate its revenue collecting authority to the national government.

Meanwhile, when it passed the URA Act in 2011 and the RAA Act in 2012, Congress was concerned that it would be moving too far ahead of the States, setting up a tax authority with a budget and a payroll while there was no (State) law to implement. It therefore put in the Sunset Clause, as an incentive for the States to act.

The special session was called because two out the four States failed to enact their legislation. The President asked for Congress to give more time to the process. Some members of Congress felt that there had been enough time, and that the lack of action by two States meant not enough support for the tax reform. The members felt that tax reform to be successful required that no State should be left behind (during debate there were many references to the famous “No Child Left Behind” law in the United States).

The bill to repeal the Sunset Clause came up for vote on Wednesday April 17. After acrimonious debate, the bill was amended as a compromise to extend the lapse date to July 19. That also failed.

The following day, Congress reconsidered its rejection, and this time adopted the bill. By Friday, April 19, it has been signed by the Executive and become law. The Sunset Clause has been extended until July 19, 2013.

The question still remains what the States will do. Speaker Isaac Figir has written to President Mori suggesting that a State-National Leadership Conference be called this coming May to decide once and for all the fate of tax reform.

Would the States change their minds? Would there be a grand compromise of some kind? Would years of costly efforts be wasted?  The nation is holding its collective breath.

Tung-Lam Dang is Legislative Counsel at the Congress of the Federated States of Micronesia, its national parliament.