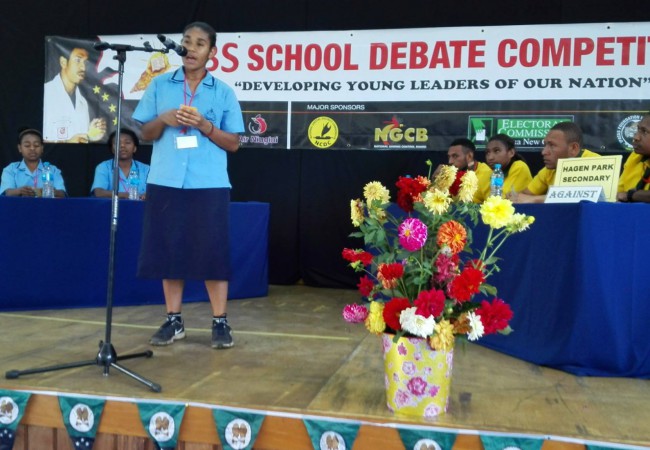 Many of the worlds great leaders know the value of debating and reasoned argument. The Pacific too is a natural home to debate, given its strong oral tradition. Chiefs are often chosen on their ability to speak eloquently and balance opposing arguments in any village discussion. But it has only been recently that formal debating has begun in Pacific schools. We now have a Melanesian Cup debating competition for the high schools across Melanesia and it is hoped that in coming years Polynesia and Micronesia will join so that we can create a truly region-wide Pacific debating competition.

The Pacific Institute of Public Policy (PiPP) has long advocated for informed and inclusive debate on key regional policy issues. Over the years it has provided various platforms for debate and the exchange of ideas. To this aim, we have worked tirelessly and passionately with policymakers, academics, regional experts, university students and the general public to identify home grown solutions to our development challenges.

I have been following the Vanuatu schools debate competition, the country’s national debate rounds ahead of the annual Melanesian Cup which will be a showdown of the best speakers in Melanesia.

The debate series has seen an intriguing display of potential leadership talent.

George Worworbu, a debater in the 2014 Melanesian school debate competition in Port Moresby, Papua New Guinea, wants to be a diplomat when he grows up. He says: “I have gained so much confidence. It has changed my life”

As the school debate series unfolded across Melanesia, it was clear that exposing students to academic debates at an early stage does train them to ‘think on their feet.’ In a region with much discontent for the current status quo, national education curriculums in Pacific island countries would do well to actively promote debatting to toughen the oral and analytical skills of emerging leadership and encourage critical thinking. 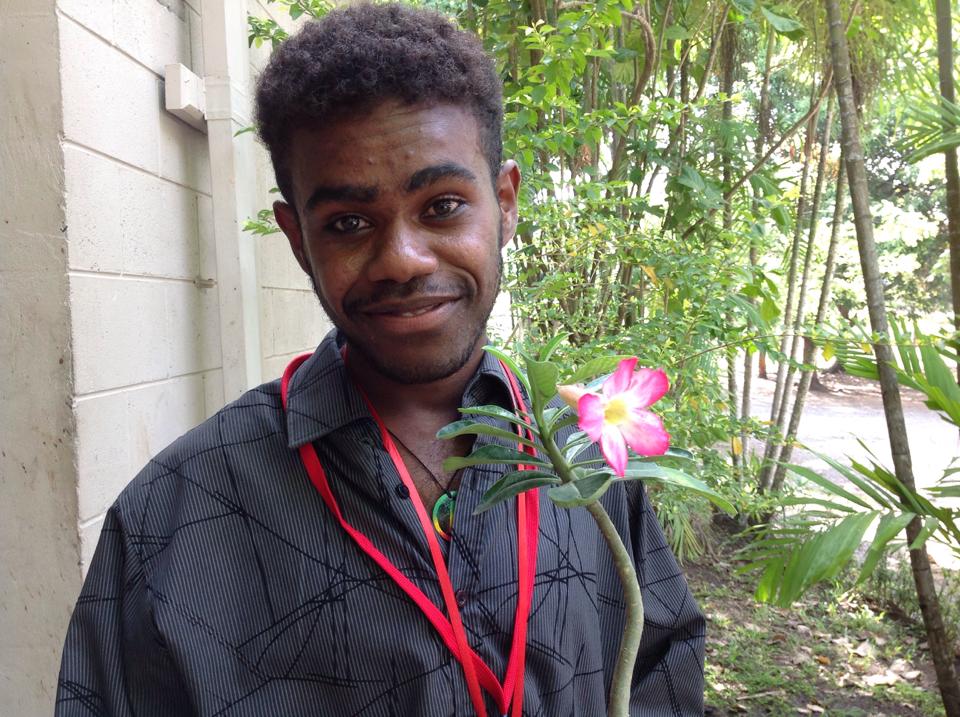 A future Prime Minister of Solomon Islands? Denmark Pahu makes his mark in the Melanesian competition after winning the overall Best Speaker award.

For the second year running, PiPP is hosting the Vanuatu Schools Debate Competition. Despite disruptions from cyclone Pam, twenty secondary schools from the SHEFA and SANMA province were registered for this years competition. Students’ performance this year has significantly improved due partly to workshops with teachers around the basics of debating, debate rules, structure and importantly the dissection of the judging criteria. Now equipped with sound understanding of the debate process, teachers have the foundations to initiate debate competitions within their own schools.

Debate is defined as a method of formally presenting an argument in a disciplined or formal manner. There are different debate styles, which include Parliamentary debates involving legislatures; debates between candidates of high office such as the U.S presidential debates and then there are competitive debates, which is the type of debate that is used to train and educate young people.

Debating can be traced back to the philosophical debates of ancient Greece including Protagorus, the ‘father of debate.’ Modern forms of debating and the establishment of debating societies occurred in the Age of Enlightenment in the 18th century, which saw a culture of debating emerge in London society and the great universities of Oxford and Cambridge. Public debates were a popular form of entertainment in an age before television and radio.  The first student debating society was the St Andrews Debating Society, formed in 1794. The oldest and continually operating debating society in the world is the Cambridge Union Society. Founded in 1815, it is the largest alliance at the University of Cambridge and has served as a model for subsequent debating unions around the world.

Debates around public policy goes back even further with records of debating even 1,500 years ago in places like Tibet amongst Buddhist monks and in China, where it was known as ‘Pure Talk’, described here:

“[T]here rang out a great chorus of debate. They threaded their way through yin and yang, with literary embellishments sprouting in every direction. Rather than quote from the sages and ancient records, they concentrated on bringing to light the natural order of things. Tzu-ch’un and all the assembled scholars joined the attack, the points and retorts thrusted back and forth like spears. But Lu answered each and every assault with a reply that was more than adequate. They continued the entire day, until dusk fell, without even pausing for food and drink.”

The Pacific too is a natural home to debate, given its strong oral tradition.

Playing the ‘Devils Advocate’ in debate reinforces one’s own beliefs after being given the chance to question and defend them. The term, which is derived from an official position of the Catholic church whereby a ‘lawyer’ called the Devils Advocate argues against the ‘sainthood’ of a candidate to unearth any character flaws, is now used to refer to a process of testing the quality of an argument to identify any weaknesses in its structure.

In the Pacific, formal debating is a new thing. One of the challenges is that in some Pacific cultures not everyone can debate freely. Although there is a long tradition of free speech, women often find it hard to have their voices heard. Debating can break down traditional barriers to civic engagement. Through a gender lens, debating can be particularly rewarding for young women where in many communities, women rarely speak out. Debating provides a platform for young women to express themselves articulately and with confidence. Kyla Niras, a ni-Vanuatu female participant in last year’s Melanesian competition, says: “People listened intently when I was talking. It felt like my opinion does matter.”

According to Bloom’s taxonomy (a classification of tiers of learning created by Educational psychologist, Doctor Benjamin Bloom), debate develops the ‘higher-order psychological functions’ for the reason that it requires participants to evaluate opposing choices and so it trains participants on how to think. Passive learning on the other hand, is considered a ‘lower order of thinking’ because it dictates what to think. Essentially, Pacific educators should be ensuring a balance in the immediate objective of knowledge acquisition with the long-term goal of training the mind to think logically and creatively. 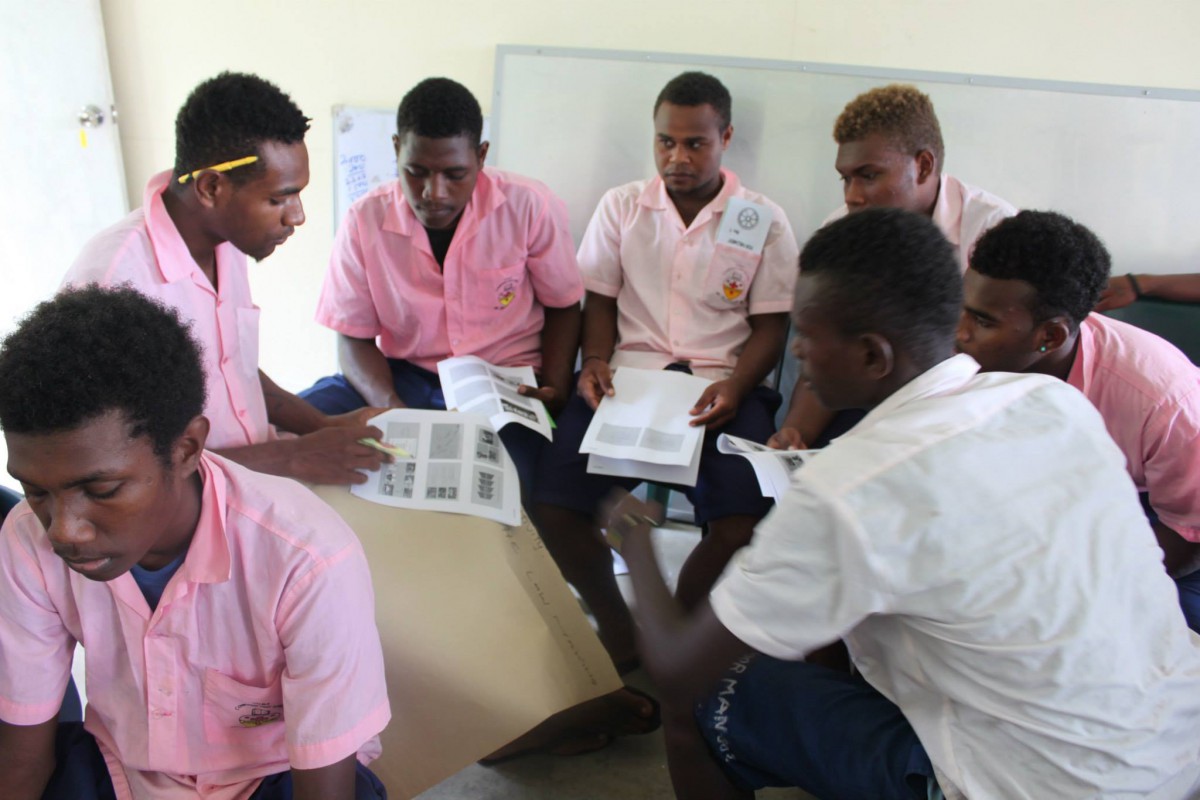 Debating also develops confident, but respectful individuals. Academic research reveals that debaters tend not to be argumentative in real-life, but are tolerant of other peoples’ views. Good leaders allow for consultation and debate among their people, which can lead to consensus decision-making which is at the heart of Pacific culture.

PiPP Director of Communications, Ben Bohane, sums it up saying:

“PiPP is proud to support this important initiative which encourages our school students to develop critical thinking, public speaking and research skills, plus build the confidence of students to creatively structure persuasive arguments on any topic. These are really important skills for life and help us to create an atmosphere of tolerance for other people’s views and opinions in society. Now that we’ve established the Melanesian Cup lets hope a similar competition gets established for schools in Micronesia and Polynesia.”

Post Tagged: citizen engagement, Melanesia
This article was written by

Frida initially joined PiPP under the research internship programme. She continues to support the ongoing development of communication activities and maintaining our website. Outside of PiPP, she is deputy-chair of the board of Youth Challenge Vanuatu.