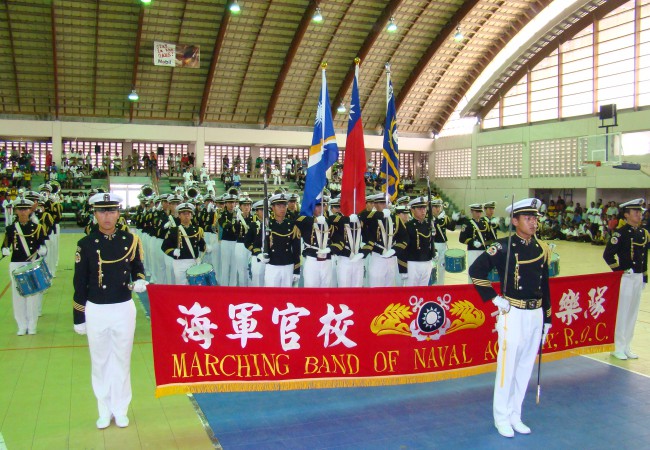 The most complex political relationship in the Pacific is the China-Taiwan dynamic. China maintains diplomatic ties with eight nations, while Taiwan has six diplomatic allies in the region.

The complexity arises from two factors:

Fortunately, the competition for diplomatic partners died down after current Taiwan President Ma Ying-jeou took office in 2008 and pursued closer ties with the mainland. But there could be more behind-the-scenes machinations looming. In recent times we’ve seen Solomon Islands leaders courting Chinese investment with political overtones, and in the Marshall Islands leaders making unannounced visits to China that lead to speculation about stability of the relationship.

The relationship for Pacific countries that have alternated diplomatic recognition between PRC and ROC is akin to a man who has divorced his wife in favor of a new one. When he goes to meet the ex-wife without mentioning it to the current wife, tension results as can be seen over the years in any of the islands that have changed diplomatic ties with the ROC and PRC.

In the 1990s and early 2000s, island leaders angled to see which of the two would offer “the best deal” for diplomatic ties. The practice of checkbook diplomacy was chiseled into our consciousness. And with it, so-called “good governance” largely went out the window as political leaders bartered diplomatic recognition for benefits. As various media reports showed, the “benefits” often were in the form of “constituent funds” that provided large amounts of money to political leaders to use as they wanted, with no accountability attached. The Australian newspaper The Age, for example, reported in 2011 that Nauru politicians received thousands of dollars monthly in exchange for ties with Taiwan, while China distributed tens of thousands of dollars prior to an election in 2007.

Because of the diplomatic competition, both PRC and ROC are in a constant state of edginess about their island ties to the point of overbearing scrutiny of the tiniest nuance in word or deed of island leaders. In some islands, leaders have not hesitated to use this as an opportunity to seek more money from one or the other. But it is one of the clearest examples of corrupt practices in government, because “getting more” often simply means more for political leaders.

Instability that results from uncertainty in development aid or diplomatic partnerships causes interruptions in program and service delivery by government representatives whose work depends on or is supported by aid and technical support from one of these countries, and can tarnish the reputation of governments when, for example, auditors say they can not verify that the amount deposited to the government treasury was the actual amount received from a donor — which happened in an audit issued this year in the Marshall Islands.

Both PRC and ROC are in a constant state of edginess about their island ties.

This diplomatic game makes it difficult for either PRC or ROC to enforce accountability in donor aid relations with their diplomatic partners. In the heyday of the checkbook diplomacy period in the late 1990s to the early 2000s, the word “accountability” in relation to Taiwan or PRC aid wasn’t in the vocabulary. Islands received their funding or soft loans with little-to-no performance requirement — which suits political leaders focused on their own interests over national development interests.

Since 2008 when Ma took office in Taiwan, this changed to a degree in ROC partner countries. Over the past several years, we’ve seen ROC Embassies and their Foreign Ministry requiring progress reports prior to release of funding — which has, on occasion, resulted in funds being held up because the governments, unaccustomed to having to show any results from donor aid or simply not having any results to show, have been late to produce reports. This last point is important to emphasize: Some Taiwan aid has been earmarked for such things as “outer island projects” or “new infrastructure” or some other purported development. But funds have actually either gone to pay for government workers’ salaries — not the projects stated — or been diverted by political leaders to something entirely different. One example of this is in the Marshall Islands, where Taiwan quarterly budget allocations listed hundreds of thousands of dollars for a new prison in Majuro over a several year period. Despite this being the case for many years, no new prison has been built.

The problem, however, is that if the PRC-ROC diplomatic competition swings back into gear, even these modest efforts at ensuring performance in regards to donor funding will likely be scrapped, since the overriding goal, particularly for Taiwan, is the diplomatic partnership. With the number of nations that recognize Taiwan now at 22, suffice to say Taiwan pays close attention to and honors its relations with these nations, six of which are in the Pacific (Nauru, Solomon Islands, Marshall Islands, Tuvalu, Kiribati and Palau).

China’s recent muscle flexing for territory in Asia is ruffling relations with Japan, Vietnam, the Philippines and the United States. It’s hard to believe that the resource-rich Pacific — with oil, forests, mines, fish and deep sea nodules — won’t soon be seeing greater interest from China given its current expansionist policy. ‘Greater interest’ will likely result in a resumption of the diplomatic dueling. Couple this with next year’s national election in Taiwan that current indications suggest is likely to result in President Ma’s party losing the executive branch and the environment may be primed for a resumption of the bad old days of competition for diplomatic partners in the Pacific region.

Caption: A Taiwan Navy marching band performing in the Marshall Islands, one of six islands with ties to the Republic of China.