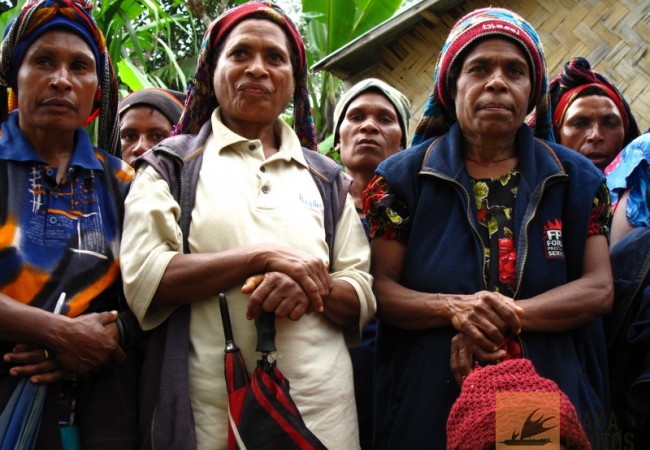 Legislative changes in PNG if successful could change the culture of ‘Bigman’ and money politics by 2017. The proposal has received mixed reactions from both sides of parliament and further reactions from community representatives.

The goal to influence the way political parties choose their candidates in Papua New Guinea is set to go before parliament in the coming weeks. If the Bill is considered favourable by the male-dominated 9th parliament of Papua New Guinea the existing laws will be amended before 2017 so that political parties in choosing intending candidates must consider a percentage of women as fully endorsed contenders. This means that by law 10% of candidates nominated by registered political parties must be women endorsed and financially supported as any male candidate, in the extravagant and regularly explosive process of national parliamentary elections in PNG.

The equal participation of women and men in public life is one of the key concerns of the 1979 United Nations Conventions on the Elimination of All Forms of Discrimination against Women (CEDAW) of which Papua New Guinea is a signatory. The under representation of women in parliament is central to the international community’s push for this obligation to be ratified by member countries whose histories of equitable representation have been weak. Papua New Guinea has ratified the CEDAW convention but effective implementation and inadequate reporting pose challenges for the aspirations of the resolution.

It is widely accepted that 30% representation of women parliamentarians ensures critical mass – anything less may risk the loss of momentum in the attitudes of the voting public regarding the viability of having more women in parliament.

If the Bill is passed and brought into law in PNG a few things would need to change. For example, if a registered political party is endorsing 80 candidates, under the new laws that party would need to endorse 8 women in 8 separate open or regional electorates.

But 2 female members of PNGs parliament have expressed views questioning the thinking behind the planned changes to law. Hon. Delilah Gore, PNGs Minister for Religion, Community Development and Youth, herself a recently elected MP, suggests that basic preconditions exist for all intending candidates irrespective of gender. Minister Gore’s view is that the law disadvantages political parties and fails to allow women to prove that they are capable leaders first. Gore who claimed victory over the Sohe Open electorate in PNGs 2012 parliamentary elections says ‘women should demonstrate true leadership before they are mandated by the people.’ But the view that entry conditions into political life for women is impartial in PNG is being disputed by one community representative who is optimistic that the reforms could be the beginning of a cultural shift.

Port Moresby Youth Leader Stanley Arako thinks the proposed additions to the current law on political parties and candidates would allow women to ‘establish their own stronghold and even push to outnumber men in the hausman’ (a reference to parliament) increasing the likelihood for more women to be represented in PNGs male-dominated legislature. But while laws can regulate behaviour within institutions such as political parties, attitudes of the voting population towards overall leadership criteria remain elusive. After 8 general elections since independence in 1975, only 6 women have successfully claimed victory. Delilah Gore was one of three women who beat impossible odds to be declared a Member in the same parliament in 2012.

Getting more women into parliament will rely on institutional reforms such as the ones proposed here by Dr Alphonse Gelu, PNGs Registrar of Political Parties. As the engineer of the proposal Dr Gelu makes an important distinction as to the intent of the new provisions that he says will impose new standards on the electoral choices for voters and regulate the discretion of political parties.

Could this be the beginning of a different game changer necessary to stop the tide of entrenched patronage in PNG?

Money politics in the electorate in PNG is the game changer behind whether or not the laws will have the intended effect of increasing women’s representation in parliament. If we consider that on one level political power is sustained by a focus on wealth and its distribution in PNG and that politicians need capital to gain votes and reward supporters, then adding the missing voices of women to the mix could have the contrasting effect of diluting the ‘Bigman’ promise of rewards in exchange for an altered dynamic in the electorate under the leadership of women. More equitable representation in theory could stop the tide of entrenched patronage under the ‘Bigman’ system that continues to undermine institutional processes with the effect of crippling service delivery mechanisms and debilitating effective and efficient government. In practice unless the low numerical strength improves the participation of women legislators in discussions, parliamentary proceedings will continue to be weak. Gender-just and gender-sensitive policies will assist women to overcome the obstacles that their male counterparts rarely face, such as social and cultural barriers.

An injection of new laws more broadly focused on the legitimacy and attainment of political power through merit and policy driven agendas must also be considered in this space.

Could this be the beginning of a different game changer necessary to stop the tide of entrenched patronage in PNG?

If the Bill is passed into law the net effect could be that scouts of political parties looking to endorse viable candidates will be required by law to consider a selection of genuine female candidates with the greatest chance of claiming victory over their male counterparts. The legal provision will create 3 vital conditions: i) a natural selection process where leadership skills of female candidates are assessed and prioritized ii) a search for sustainable and feasible strategies to maintain electoral support iii) a nomination process that includes a more representative selection of potential leaders who reflect the configuration of PNG society.

Political parties that don’t nominate the statutory quota of women to contest elections will risk deregistration. If the penalty for non-compliance is cancellation from such a lucrative race will party leaders influencing their members on the salience of this bill be inclined to support it?

The point is there is a distinct absence of a culture of implementing deliverable and sustainable political party platforms and achievable policy strategies that are consistent with the underlying principles of transparency and accountability in the electorate that favor rational policy processes and ideals that transcend individuals and their whims.

Another youth leader in a Port Moresby suburb, Kaipu Kero Pirisa says no special advantage needs to be created for women as ‘the current level of competition in the general election was just and fair and should not be altered through legislation.’ Pirisa’s concern is that ‘financially weaker parties would simply be deregistered if women chose not to seek their endorsements.’ The impact of the new laws could be that by bringing provisional seats into law,the starting point for political parties to be viable contenders is one where women who form half of PNG society are considered viable natural nominees for leadership roles. This takes into account their diverse capabilities and the responsibilities they already implement in society.

The fluid nature of support for political parties in PNG hinges on the availability of electoral funds and the capacity for election campaigns to be run with great fanfare and with identifiable party leaders who have the appeal of celebrities. The changes to the OLLIPAC laws will need to withstand the pressure of money and the large sums of it that are already beginning to swirl around political circles in the lead up to the 2017 National Parliamentary elections.

The optimism of community leaders suggests that the reforms could pave the way for a cultural shift that would allow women to strengthen their base in the seat of power in Waigani.

When put to parliamentary debate at the end of May, setting this long term priority will need the genuine support of politicians, who must ensure that decisions taken are carried out without political interference. If the reforms are to be sustainable this policy agenda must be delegated to the highest political office, to be better insulated from political or electoral pressures.

Post Tagged: png, politics, women
This article was written by