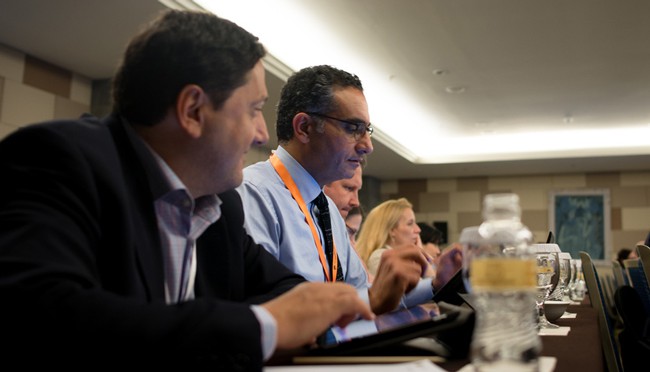 I hate talking shops. Most sensible people do. If you are involved in any way in policy making, advocacy –or heck, if you just have to work for a living– the last thing you want to do is waste time talking. The Internet Governance Forum is a global conference that draws together governments, telecommunications interests, standards & technical management bodies, NGOs & social development groups… well, pretty much everyone who gives a fig about the internet. It was one of very few tangible results to emerge from the 2003 World Summit on the Internet Society, a UN-sponsored get-together that attempted (and ultimately failed) to address a widely-held perception of US dominance of the internet’s governance structures.

The IGF, quite deliberately, was designed to have no regulatory authority, no policy levers and indeed, no formal mandate to advocate even for issues about which the entire world is in screaming agreement. It can’t even publish findings. And that is its genius.

It’s a sprawling, unfocused event with disparate interests. Discussions cover everything and anything even remotely related to internet governance, from human rights and freedom of speech to child protection to spam and cyber security to standards development and law. It draws thousands of attendees from all walks of life. It’s uneven in quality and sessions range from the enlightened meeting of minds to fractious verbal brawls. As Winston Churchill might have said, it’s the worst possible forum we could possibly have, except for all the others.

Tension continues to rise concerning who should govern the internet, and what that governance should consist of. The International Telecommunication Union, a UN agency that dates back to the late 19th Century, has of late become the centre of a storm of controversy involving telecom companies, internet engineers and corporate players, NGOs and governments over the future of law, regulation and indeed the fundamental nature of the internet itself. Their latest summit, intended to revamp the badly outdated International Telecommunications Regulations (a series of treaties that govern fundamental aspects of global telecommunications), dissolved into a mess of acrimony.

Two camps emerged. One, led by China, Russia and a number of emerging economies, used the ITU’s rather sprawling definition of telecommunications to argue that it had the mandate, indeed the responsibility, to regulate the internet. Others, predominantly developed countries whose interests were best served by the original, rather clubby group of technical experts who had traditionally taken care of standards, were intransigent. They insisted on excising any language in the proposed treaty amendments that even obliquely referred to internet content.

Tempers became openly frayed during the arcane and time-consuming drafting process, and the use of tactics that ranged from disingenuous to openly obstructionist led on at least one occasion to a scrum so heated that some feared people would come to blows. The end result was that the updated ITRs were, for the first time, not adopted by consensus, but rather by a less-than-overwhelming majority of nations.

This was nearly the worst possible result. The ITU, whatever one may think of it, plays integral role in setting telecommunications standards. Without it, the use of radio frequencies for mobile and broadcast communications, on ships, in the air and on land, would be nearly unmanageable. Interconnection between telephone networks, a vastly complicated and distressingly difficult process, would be worse even than it is today. Just dialing a telephone number would be difficult, if not impossible. But its worth has been overshadowed of late by its apparently willing role in aiding governments, many of them possessed of a marked inclination to stifle public dialogue and dissent, to wrest control of the internet.

The result has been a failure of consensus which undermines the ability of the ITRs to provide a stable and predictable platform for the further development of international communications systems. Telecommunications and networking companies now live in a patchwork landscape of countries, some of whom have signed on to the 2012 ITRs and some of whom have not. This makes the prospect of negotiating international data transit and interconnection a daunting one, fraught with legal shoals.

‘The IGF’s unique appeal is that, because nothing will come of it, everyone present can put aside their pretensions, their alliances and their formal policies and interests for a few days, and simply talk.’

Add to this the recent uproar over wholesale surveillance by some countries who style themselves paragons of freedom and democracy, and the internet governance picture becomes muddied even further. Accusations of hypocrisy and self-serving behaviour find their mark on both sides of the divide.

This is exceedingly bad news for the developing world, especially Pacific island countries and other small states. Our unique geographical, demographic and economic circumstances require both flexibility and adjustments to the old-school telco business model, but our concerns are in danger of being ignored amid the brinksmanship that has characterised the slow, painful process of converging traditional telecommunications with emerging digital technologies and services.

The Internet Governance Forum allows us to put these games aside, if only for a while. Precisely because it has no mandate other than to provide a platform for discussion, and because it embraces all comers on equal footing (whereas the ITU is strictly a governmental organisation), it gives equal space and attention to technical experts, policy wonks, lawyers, economists and activists alike.

Democratic almost to the extreme, it’s been the scene of some remarkable dialogue. On the second last day of the Forum, ICANN, the organisation delegated by the US department of commerce to manage internet addresses, held an open forum. They’ve been under the gun for years now, accused of being in the pocket of the US government and a small group of business interests. Their new president and CEO, Fadi Chehade, has been doing the rounds of late, trying to prove to the world that his organisation has turned over a new leaf. That message has included earnest protestations that it is truly what is known as a multi-stakeholder organisation – in other words, it gives equal weight to input from government, business and civil society. It was, nonetheless, startling to see Mr Chehade being instructed, at his own event, to put down the microphone and take his place in the audience, and to listen to what the packed house had to tell him.

It wasn’t a complete success. When all was said and done, the room heard more rhetoric than substantive debate, but it was, in its own way, revolutionary. Where else, in the history of international dialogue, have we seen egalitarianism taken so seriously by those who exercise power and control?

The IGF’s unique appeal is that, because nothing will come of it, everyone present can put aside their pretensions, their alliances and their formal policies and interests for a few days, and simply talk. Once all the stakes are removed from the game, players can rub elbows with whomever they please; they can consider new and challenging ideas and approaches; they can tinker with concepts which, in the fullness of time, could influence their own future. The IGF is, in effect, the forum that makes other fora possible.

It’s especially difficult for developing countries to justify the time and expense of participating in international processes that don’t deliver immediate and concrete benefits for their citizens. The opportunity cost is too high. Time we waste talking is time we don’t spend on the countless pressing concerns of daily existence.

The IGF is the exception. Freed to a degree from commercial, political and strategic concerns, attendees at this annual event are much more amenable to frank conversation on topics and ideas which might be inadmissible in other circumstances. In both the Asia-Pacific regional IGF, held last month in Seoul, and in the global IGF in Bali, which just wrapped up last week, the Pacific islands punched well above their collective weight. Countries have managed to wrangle expert technical as well as financial assistance from numerous hallway conversations. Equally importantly, they’ve been treated as equals, not poor cousins from an inconsequential corner of the world.

One European diplomat expressed outright glee at the prospect of sharing lessons learned from the Pacific with his colleagues. He found it paradoxical that high-quality ideas might originate from what many, if not most, consider something of a backwater. Had we made the same representations elsewhere –more to the point, had we even had the chance– it’s fair to ask whether they would be embraced with such eagerness.

Pacific leaders, policy makers and the technical community should make one exception to the talking-shop rule: they should send the strongest delegation possible to the 2014 IGF. It won’t count for anything, but boy will it help.