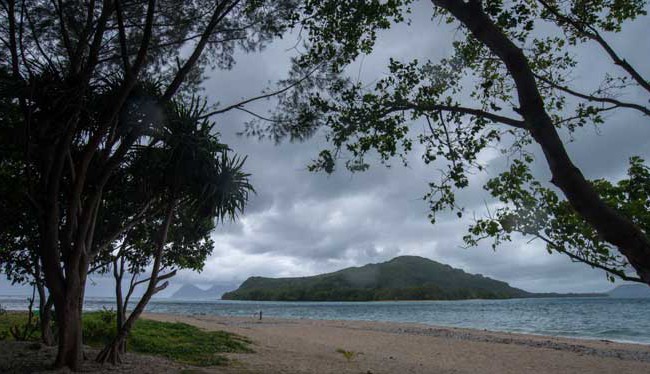 Last week Fiji foreign minister, Ratu Inoke Kubuabola, and Australian foreign minister, Julie Bishop, jointly announced the need to discuss the ongoing political, economic and social relevance of existing regional architecture. This institute and others have long argued the need for a significant overhaul of the Pacific regionalism project. The lack of Pacific ownership and a coherent vision for integration have been at the heart of these criticisms. Recent events now provide a rare chance to effect the necessary reforms and chart our region towards the realisation of shared goals.

Ratu Inoke Kubuabola’s insistence that Fiji will not rejoin the Pacific Islands Forum until Australia and New Zealand reconsider their participation has provided the spark for a long overdue rethink of the makeup of the regional body. Julie Bishop deftly responded with a trip to Suva and a proposal to host regional leaders in Sydney next year to have that discussion. Both ministers have set the stage for the most important regional meeting since the founding of the Forum in 1971.

If we are to reforge the regional vision and establish the relevant architecture to secure it, then these recent events must be viewed beyond the narrow prism of ‘big brother’ versus ‘petulant island states’. Both Australia and Fiji have demonstrated a newfound maturity as they have navigated the swift re-establishment of bilateral ties since the September elections in Fiji. The Forum Secretariat is also poised to advance its approach to reform under the new stewardship of Dame Meg Taylor, armed with a fresh mandate that recasts the misguided Pacific Plan as the Framework for Pacific Regionalism.

Over the last decade, geopolitical forces have upended the status quo that typified relations between the island countries and traditional Pacific powers. At the same time, nation building in island countries has progressed, and collectively island voices have been strengthened on the international stage through the Pacific Small Island Developing States (PSIDS) bloc in the UN. International interest in our region continues to grow, and with it the status of the Post Forum Dialogue with key development partners. There is also increasing engagement with sub-regional entities, most notably the Melanesian Spearhead Group. Once seen as a threat to regionalism, there is finally broad acceptance of the positive role sub-regionalism can have in strengthening regional integration.

All of this has taken place while state, regional and international institutions are under increasing pressure to reach out and listen to the voices of civil society and business. This was a key point of difference of the Pacific Islands Development Forum (PIDF), which started life as Fiji’s regional breakaway meeting while suspended from the Forum. That, and of course, the fact it was established to be island-owned and island-led organisation. The notion a forum that is solely for Pacific island countries has considerable traction, and warrants careful consideration on all sides.

Let’s not fool ourselves. The discussions ahead will be difficult, but this year has turned out to be something of a turning point for regionalism. And there is much hope if discussions progress next year ahead of the proposed meeting in Sydney.

Drawing together some of the ideas that have been floated for some time would see the Forum re-cast as a political grouping based on a core membership of island states. This would also have the benefit of reflecting the Pacific grouping on the international stage. Given the prominence of the Post Forum Dialogue there is scope to better formalise this arrangement within a restructured Forum. Given the history and depth of their relationships with the Pacific, special consideration could be given to the role Australia, New Zealand and the US would play in this revised mechanism to engage with development partners. A side consideration for these three metropolitan powers would be strengthening sub-regional ties: Australia with the Melanesian Spearhead Group, New Zealand with the Polynesian Leaders Group and the US with the Micronesian Chief Executives Summit. These regional partners could also take a leaf out of Japan’s (Pacific Islands Leaders Meeting – PALM) book and roll out the red carpet every couple of years, perhaps focusing on a sub-regional basis. Thought also needs to be given to how best to engage with the non-self-governing territories. Adopting the civil society and business engagement model of the PIDF as a sub-chapter of the Forum would avert the current situation of two competing institutions operating in parallel. The secretariat should be freed up from project implementation and technical support to focus on coordinating and building the political nexus across these arms of the Forum, the sub-regional groupings and the CROP agencies.

There is a lot more thinking to be done as we open up the conversation up to new ideas in a renewed spirit of regional solidarity and cooperation.

For our part, the Pacific Institute of Public Policy will revisit its 2010 paper, ISLAND DREAMING: A fresh look at Pacific regionalism, with a view to informing options for leaders to consider as they deliberate the future of our regional architecture and its relevance for the 21st century.