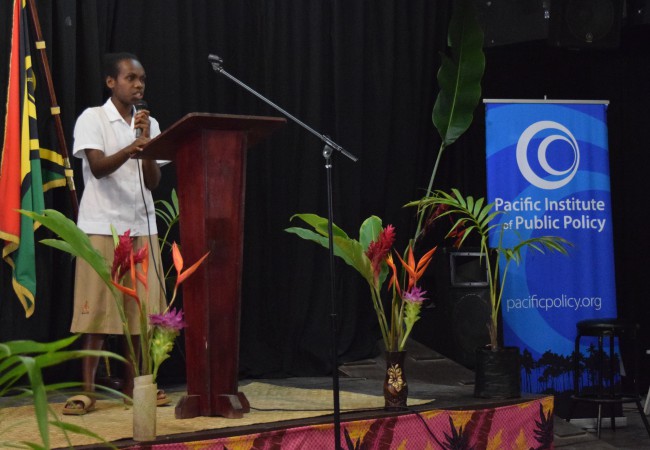 In the second half of 2014, PiPP collaborated with the Vanuatu Ministry of Education and Training to extend it’s advocacy around themes relevant to Citizen Engagement. The Vanuatu School Debate Competition provided the outreach to the next generation of thinkers to stimulate key conversations relevant to current policy issues affecting the Pacific region. The National Schools Debate Competition included 8 Efate-based schools in debating rounds over three consecutive weeks. Students were assigned topics that focused on key policy and national development issues, including compulsory voting, tertiary scholarships, reserved seats and international aid.

The success of the debate series was reflected in the level of participation among 40 competing students and support teachers. Over 500 students packed the Wan Smol Bag threatre in Port Vila to witness the debate and discussions. In 2015 the Pacific Institute of Public Policys’ schools debate initiative will include Teacher and Student mentoring programs and student research packs. The competition will also cast a wider net, this time including schools from EFATE, TAFEA and SANMA provinces.