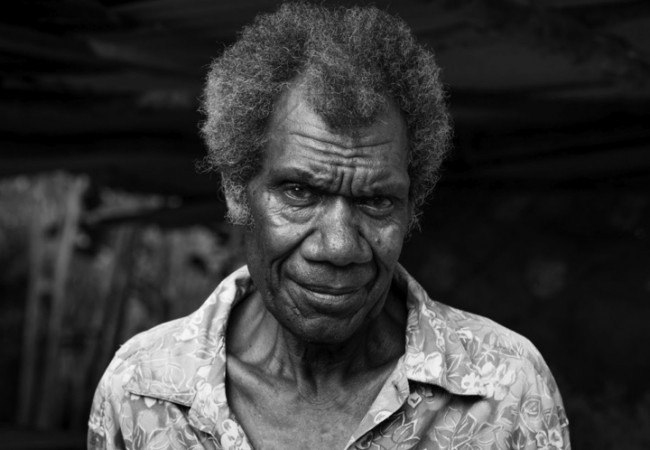 In partnership with the Overseas Development Institute, and with funding from the Australian aid programme, PiPP pioneered a research method based on collecting information about how people respond to issues around service delivery through story telling surveys.

We tend to think of evidence in terms of policymaking, rather than politics. A great deal has been written about how to use evidence to improve bureaucratic processes to deliver specific outcomes. But this has not really been brought together with work to use evidence to foster political debate about what those outcomes ought to be. In a country like Vanuatu, where connections between citizens and political actors are weak – and where this has serious implications for the quality of service delivery – improving how the bureaucracy functions without improving the nature of the national debate (and vice versa) can only ever deliver very partial solutions to development problems. This concept note describes a groundbreaking approach to change the nature of political debate in Vanuatu by helping political actors first listen to, and then interpret, evidence in the form of stories about how people respond to the absence of the state. Our current focus is on political actors, but we recognise the many implications our work will have for how the bureaucracy engages with, and uses, the evidence.

PiPP was set up to hold open spaces for political dialogue across the Pacific, to promote politics based on issues rather than on personality and patronage. It has done this by hosting debates and forums on various channels (tv, radio, social media), synthesising and publicising research on key issues and hot topics, and encouraging face to face engagement between MPs and their constituents. PiPP does not advocate for any policy position, it simply provides the space within which indigenous positions can emerge.

PiPP has already laid some of the groundwork for this project by stimulating a national debate on the role of Parliamentarians as citizen representatives. Building on the trust and relationships developed through PiPP activities carried out with Vanuatu’s political parties since 2008, the 2011/12 MP Face to Face programme established proof of concept – that is, given an appropriate and accessible opportunity and space, the people of Vanuatu will make use of it to engage in robust and meaningful dialogue with their elected representatives. We have learned that the MP Face to Face programme meets a recognised demand within the wider community – the events were well attended and the feedback received was in the most part very positive and repeatedly highlighted people’s appreciation that such forums imply their voices matter and can be heard, especially in rural areas. As one political observer stated, ‘the genie is out of the bottle, politicians will no longer be able to avoid the conversations that matter’. Clearly, the MP Face to Face programme delivered something of a shock to the political system in Vanuatu, which needs to be followed through to effect meaningful change – something that realistically will take a number of election cycles and will be an evolving mix of innovation and normalising activities such as Face to Face.

In this project we take the ‘space-for-debate’ approach to another level entirely; using stories from across the country to improve the quality of debate about Vanuatu’s national priorities and about how far the state’s responsibility should extend in delivering services to its citizens.

The pilot survey (of 499 households in Port Vila, Vanuatu) was designed to build a picture of the nature of the connection between citizens and political actors around the issue of basic service delivery. By asking respondents to tell a story and then signify (interpret and validate) that story we sought to understand who people rely on when they need help, why they rely on them, whether they have an active choice in who they rely on, and the sort of response that they get. Our role was to collect the stories and to look for interesting patterns in the data, and then put these patterns and the stories in front of political actors, facilitating discussion about what this implies for MPs and government staff through our on-going citizen engagement programme.

Education was the main topic of stories collected in Port Vila, with 91 stories (18% of the total), followed by health, jobs and transport (which included the state of the roads). There were no real surprises here: the data echoes what we hear all the time – lack of access to education (because of non-payment of school fees) decent health facilities, the lack of jobs and problems with poor transport infrastructure. We also hear many MPs complain that the requests they get for help are generally little more than demands for cash to help individuals or individual communities with specific problems such as school fees, funerals or building projects.

Over half the interviewees (55%) categorised their problem as extremely serious, with more men (147) than women (125) falling into this category. It is not for us to say whether this is right or wrong, expected or unexpected: people interpret their stories in their own contexts and what may be extremely serious to one person could be less so to another, for a variety of reasons. In the preamble to the interviews, people were told: “I’d like you to tell me a story, one that you think it would be good for our leaders to hear… PiPP will use your story and what you tell us about it to talk to our leaders and help them improve service delivery in our country.” Knowing in advance that their stories would be placed in front of political leaders may have encouraged them to mark ‘extremely serious’ to ensure they were listened to, but we have no way of knowing whether or not this happened. And given that 57 people reported that their problem was ‘not serious but needed a solution’ we do not think the preamble biased the answers too much. In any case, this is not the issue: were interviewees to tell their stories directly to political leaders we have no reason to believe they would say any different.

Given the seriousness of the problems, a high percentage (38.1%) thought at the outset that their problem could be solved. This question was asked to get at the degree of confidence people show in ‘the system’ that they fall back on when they face problems—whether that includes government, traditional authorities, churches or NGOs or a mix of organisations. Fewer (11%) knew for certain that it could be solved, 37% either didn’t know or thought it would be difficult. 16% had no confidence at all that the problem had a solution. There were no significant differences between the pattern of responses between men and women.

51% of people sought outside help to solve their problems, while 49% relied on their friends and family for help.

Given this, the pattern of satisfaction with how things eventually turned out is unsurprising: most people (64%) were either not at all satisfied or not very satisfied, but for 36% the final result was either OK or positive.

Trust plays a major role in people’s assessment of how reliable the ‘system’ is and the degree of confidence they have that their problems can be solved. However, trust is more strongly associated with chiefs, NGOs, business and local churches than it is with MPs and government staff. Duty also plays a major role, but perhaps in a way that was unexpected. While non-state actors are associated with it’s their duty to help, a key finding from this survey is that even where the citizens of Port Vila are not confident that their problems can be solved, and particularly where they see their problems as serious ones, they see it as the duty of MPs and government staff to help them. Interestingly, MPs are seen as the least responsive of all groups involved in basic service delivery, with government staff and business coming in second.

Where to from here?

By acting as a broker rather than traditional researcher we undertook this work to be able to let political actors navigate the institutional anthropology for themselves, fostering an open set of debates about the state could provide. We have no preconceived notions of what the state should provide in Vanuatu or how it should link to churches, CSOs, NGOs, customary and informal institutions. Neither can we predict what political priorities will eventually emerge from this or what they will ultimately deliver: that is for the politicians and citizens to decide. Our role is to collect the evidence and broker the debate.

The information we collected serves as a solid basis to further inform our on-going citizen engagement programme. We have presented the findings of this research to political actors to support their role in the policy process. This is not, however, a substitute for getting out into the community and listening: it is to help MPs listen to the right things and to inform their listening with background and context. The information can also help inform government debate on the key topics, particularly if it is taken out nationwide—the results of the national survey would be made public, but the intention would be to continue to use the data to inform political debate.