On 22 January 2016, the people of Vanuatu went to the polls to elect the eleventh National Parliament. The total number of candidates dropped significantly (23%) but the number of parties (35) and independents (61) held relatively stable from the last election. As the dominance of the major independence-era parties and their off-shoot parties continues to be challenged, the increasingly diverse make up of each successive parliament is characterised by more independents and candidates from newer, and often single-member, parties.

Recent history also shows that the level of representation has decreased alarmingly, with the total vote of winning candidates dropping to a low of 36 per cent in 2012. This figure rebounded slightly this year (41%) partly because fewer candidates ran. However, it still means more people voted for candidates who did not get elected than those who did.

With the number of parties contesting the 2016 election (35) at an all time high, it is interesting to note that since independence a total of 33 political groupings (plus independents) have been represented in the national legislature. Of those, 19 have been represented in two or more parliaments. Previous analysis has shown remarkable similarities in the policy platforms of parties, especially those that formed as break away factions of the established independence-era parties.

Democracy in Vanuatu is seemingly delivering a kind of micro federalisation. While this is reflective of the reality on the ground, it does not bode well for nation building and presents a significant challenge for parties to consolidate or grow their share of the popular vote. In the most recent election, only four parties secured over five per cent of the popular vote (i.e. total vote for all of their candidates) and most saw their vote share decline from the previous election. Some countries set a minimum threshold of five percent for a party to take a seat in parliament. 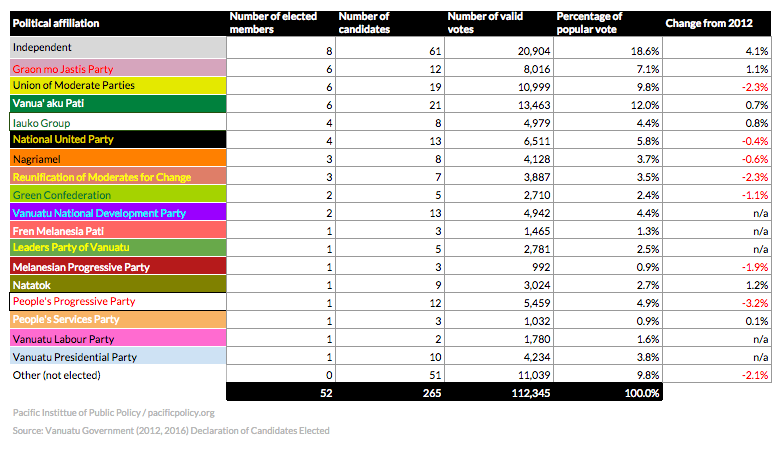 There seems to be widespread acceptance that the electoral roll is inaccurate and needs updating. The state of the roll means the turn out figures are unreliable. However, when we look at the number of votes cast compared to the last election, it is evident that voter numbers were down across the board. 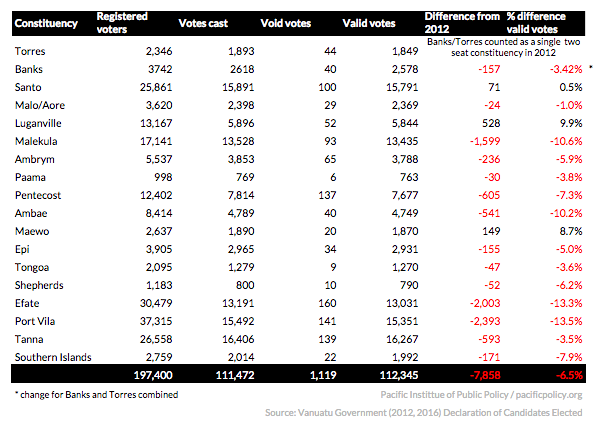 Throughout the campaign we heard many candidates and voters alike discuss the need for political reform. There is a clear need to re-set the system to address the representation and stability issues, and to give the government of the day a mandate to get on with the task of governing the country. The challenge for the political actors is to connect with what the people want, while building a national debate about the development needs of the country – and then for the parties to respond to these needs.

In the meantime, the country awaits the parliamentary vote next week to find out who will be the next prime minister. 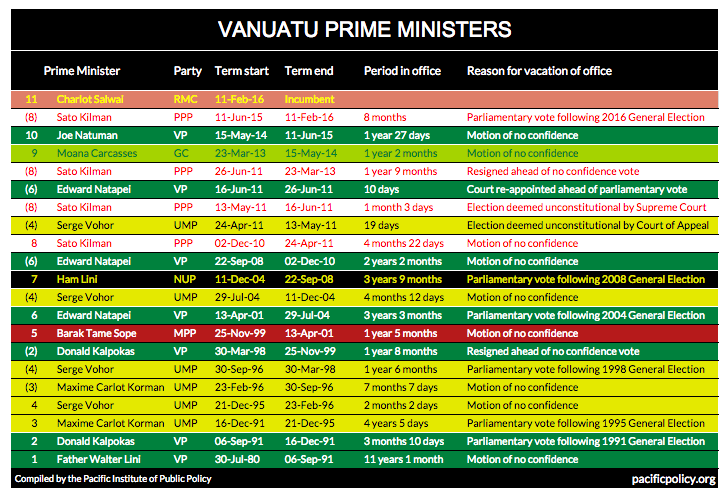 PiPP Staff
http://www.pacificpolicy.org/
There are 3 comments for this article