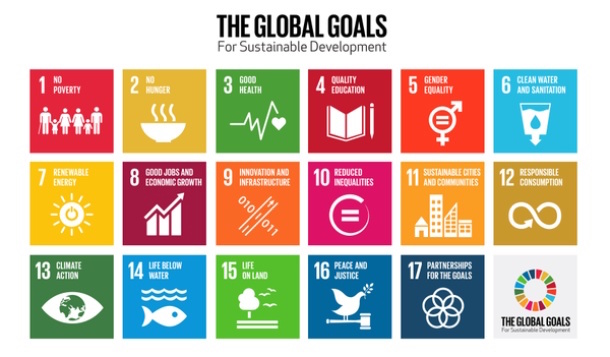 The 17 new sustainable development goals (SDGs) and their 169 targets are intended to provide the ‘transformative steps which are urgently needed to shift the world onto a sustainable and resilient path’ and in doing so ‘free the human race from the tyranny of poverty and want and to heal and secure our planet’ by 2030.

A tall order perhaps, but the transformation has already commenced.

Firstly, the extraordinarily inclusive and collegial process that has given rise to the new agenda has re-calibrated the norms of intergovernmental negotiations. A key aspect of the discussions that have taken place over the last two years has been the many and varied voices that have not just had their say, but have been heard and have shaped the new agenda.

Timor-Leste, for example, as one of the newest members of the UN, was instrumental in securing Goal 16 on peace, justice and effective institutions. The Pacific bloc doggedly pursued the inclusion of Goal 13 on climate change and Goal 14 on the conservation and sustainable use of our oceans.

The extraordinarily inclusive and collegial process that has given rise to the new agenda has re-calibrated the norms of intergovernmental negotiations.

While some have argued that the breadth of the SDGs is troublesome, it is the very inclusion of development issues such as peace, oceans and climate change that makes this agenda transformative. Reaching far beyond the MDGs, the new goals and targets map a necessarily wide range of economic, social and environmental objectives. For the first time this has been done in a manner that recognises the deep interlinkages and mutually reinforcing nature of the agenda. To put it plainly, development is complex and we should not apologise for the complexity of the agenda – we should celebrate it.

The elevated level of ambition of the SDGs is further marked by their universality. Unlike the MDGS, which were a set of actions to be done by or for ‘developing countries’, the new goals will apply to every country. But that does not imply uniformity in application, as each country will need to tailor the agenda to their own national context and priorities. This will add to the complexity of measuring global success (or otherwise) against the new goals. However, it should also move us beyond the neat, but somewhat simplistic, dashboard reporting system of the MDGs. The follow up and review of the new agenda is predicated on regional peer learning rather than a global naming and shaming exercise.

The 2030 agenda for sustainable development contains a number of transformative elements to deliver a much needed paradigm shift in how we go about the business of development. Much will hinge on how it is implemented – and for that to be successful our national and regional planners and policy makers must be focusing on that as a matter of priority. We need to build on the momentum of the last two years to continue to chart our own development path. In that light, the new goals can support – and not subordinate – national and regional development plans.

The new goals and targets will be formally adopted by world leaders at a special UN summit from 25-27 September in New York, and will come into effect on 1 January 2016.