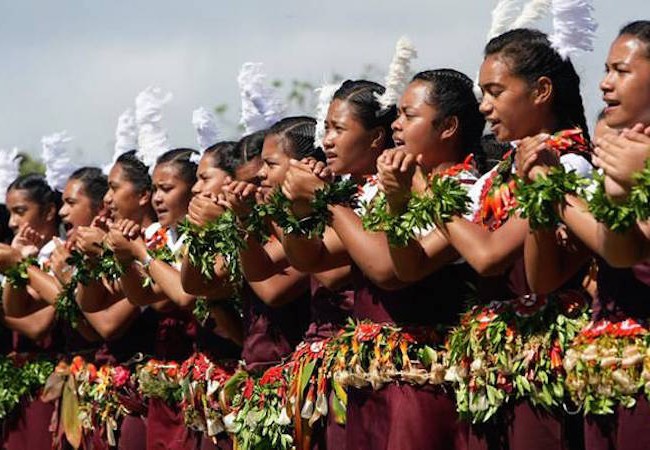 This is the second of a two-part blog. Part one was published last week.

There is nothing presently more challenging to reform than the cultural attitudes and views on women and their rights. In almost every Pacific nation, there is the view and thus the practice, that women are of a lower social status to men. This inequality has led to women embracing subservient roles in deference to their male counterparts, and men dishing out abuse and domination on women. Reforming such volatile issues as the social positioning of women has not been an easy task in many Pacific nations.

Cultural views and practices have been found to be a major stumbling block.

In a place like Tonga where the government is ready to sign the ratification of the UN Convention for the Elimination of all Discrimination Against Women (CEDAW), petitions and marches against it demonstrate that attitudes and views against the rights of women are still deeply embedded in the Tongan culture.

The wife of a former Prime Minister spoke out quite passionately that “the place of women is in the home – cooking and taking care of the household.” What is most amazing in Tonga is that the leading opponents to CEDAW are women.

There are only seven countries in the world that have not ratified CEDAW. Tonga and Palau are the only Pacific island nations that have not yet ratified.

Most of the arguments against CEDAW carry religious fervor, claiming that CEDAW would inevitably open the door to legislate for abortion and same-sex marriage. Neither issue is advocated for in the CEDAW, but opponents argue that the implications of some of CEDAW’s articles are such that they could open the door to legalizing abortion and same-sex marriages.

The dictates of institutionalized religion

It has been said many times before that if Tonga liberalizes its Sunday law, there could be great growth to its tourism sector

Nothing gives stronger undergirding to a culture than religion. And when religion is heavily institutionalized, it becomes a major force in people’s lives. Not only is it an issue of faith, but more significantly, it is an issue of belonging, where religion and culture combine to form the unshaken basis of personal and corporate identity.

How do you bring reform to a society that is not only steeped in culture but is also undergirded by unshaken religious beliefs? How do you bring issues of development to the forefront when the things that stand in the way are religious in nature?

It has been said many times before that if Tonga liberalizes its Sunday law, there could be great growth to its tourism sector. Those who are advocating for the liberalization of the Sunday law do not want the law abolished; they only want some easing up on certain aspects of the ‘Sunday culture.’

The problem is not so much the law itself but rather the clarity of its interpretation: what is allowed, and what is forbidden. In other words, what constitutes the breaking of the Sunday law?

There is demand from the tourism sector that airplanes should be allowed to land and depart from Tonga; and that passenger cruise ships be allowed into Tonga on Sundays. One tourism operator says: “We can still keep our Sunday law but I do not see anything wrong with allowing visitors to arrive and depart on Sundays.” He says that the same people who are opposed to travel into and from Tonga on Sundays are also supportive of bakeries and restaurants opening on Sundays, simply because it serves their needs. The Sunday law does not seem to be something that has spiritual credibility any more, but a religious practice with no real spiritual meaning. Reformers want an adjustment to fit the times. Not a wholesale abandonment, but simply a clarification on what needs to be kept ‘sacred’ and what needs to be changed.

The forces of bureaucracy, culture, and religion have become a triune power of sorts that stand in the way of reform in the 21st century Pacific.

No one is advocating for their abandonment, but there needs to be serious adjustment so that reform may take society to a greater level of development – politically, socially, and economically.