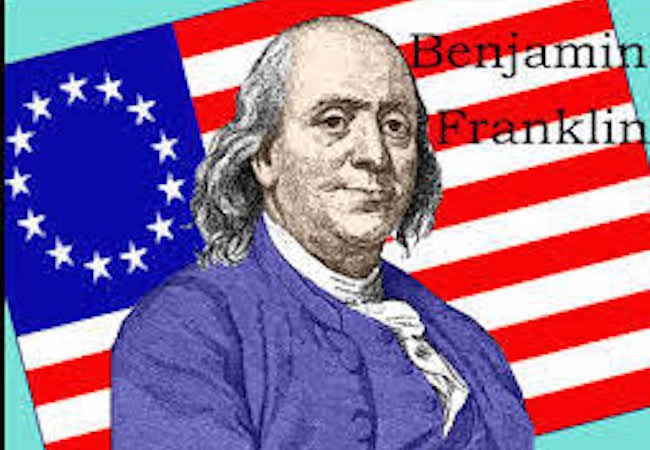 For some time now I’ve thought about what the great Benjamin Franklin would say if he took a walk (or paddle) through the Pacific Islands.

Franklin, who helped found the United States, is one of the most well-known figures in history for contributions to writing, publishing, diplomacy, innovation and politics.

The most accomplished American of his generation, and arguably of all time, he has provided generations with universal advice on ‘the way to wealth’ through simple values like thrift, industry and frugality. He delivered this advice at a time when America, just like today’s Pacific Islands, was undergoing great economic change.

‘We can easily imagine having a beer with him after work,’ writes his acclaimed biographer Walter Isaacson, ‘showing him how to use the latest digital device, sharing the business plan for a new venture, and discussing the most recent political scandals or policy ideas.’ So, if Franklin visited the region’s market places, villages, resource projects, campuses, businesses and supermarkets, what thoughts would he deliver to Pacific Islanders about wealth and life?

First, I feel his observations would not be loaded with GDP figures or economic charts and tables. Indeed, contrasting most experts, writing report after report about the region’s un-shiftable poverty, he would likely talk about the values – the attitudes, priorities and behaviours – that typically build wealth and fulfilment among people, regardless of where they are and what circumstances they find themselves in.

He would encourage self-agency amid the region’s messy state of governance and public affairs – corruption, power cuts, crumbling roads, poorly stocked hospitals and not enough police.

He would applaud the commerce taking place in the region’s market places – mostly led by women facing daily violence and working impeccably hard – and the commitment to exchanging, bartering and trading.

At seeing those who had found work, or the region’s villagers catching fish, Franklin would smile because ‘at the working man’s house poverty looks in but dares not enter.’

In building on his applause he would encourage many of the region’s jobless young men sitting idle on street corners, which number in the millions, to ‘waste neither time nor money.’ He would encourage any opportunity they could get, albeit however slim, to stimulate their minds and work on themselves.

At seeing those who had found work, or the region’s villagers catching fish, he would smile because ‘at the working man’s house poverty looks in but dares not enter.’

He would see that, just by looking at the region’s ports or supermarkets, consumption was increasing. This is strange, he might think, given that per capita income over the past two decades has barely moved in places like Papua New Guinea or the Solomon Islands.

To any Pacific Islander he would urge frugality on spending, regardless of the amount. ‘Wonderfully small trifling expenses,’ he would remind them, ‘mount up to large sums.’

Saving more than you spend, in fact, formed the simple basis to his timeless advice. Not saving, Franklin warned, led to a life of constant wants. ‘A man may, if he knows not how to save as he gets, keeps his nose all his life to the grindstone.’

And more goods, he would warn, do not necessarily bring more satisfaction. ‘Happiness depends more on the inward disposition of mind,’ he said, ‘than on outward circumstances.’

Franklin would not be impressed with everything he saw. He would accept the value of the strange devices in people’s hands but not be overly-enthused by what he saw on some screens (PNG, for example, tops global rankings for internet pornography searches).

He would think the spending habits on demerit items like betelnut, processed food and alcohol are not good for health. The fact that Nauru, the Federated States of Micronesia, the Cook Islands, Tonga, Niue, Samoa, Palau and Kiribati, are among the top ten most obese nations on earth would betray their testaments to industry and frugality.

Franklin would eventually depart from the Pacific by seeing that, just like the hardscrabble 1700s United States, life was incredibly tough for the overwhelming major of normal, everyday people. But he would make the same final point to Pacific Islanders as he would to his fellow Americans – it’s up to people to unlock their own destinies and create their own fulfilment.

Any observations and outside assistance, he understood, would only go so far. ‘We may give advice,’ he reflected, ‘but we cannot give conduct.’ Sound advice, it seems, not just for the Pacific Islands but for their larger neighbours seeking ways to help.

Post Tagged: economics, politics, society
This article was written by

Sean Jacobs is the co-founder of New Guinea Commerce - a website committed to governance, economic growth and next generation leadership in the Indo-Pacific, found at www.pngcommerce.org. He is originally from PNG’s New Ireland Province.