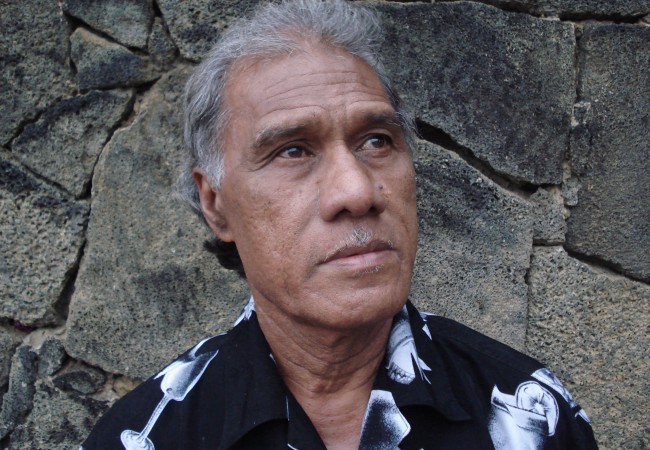 ‘Akilisi Pohiva, the popular leader of Tonga’s pro-democracy movement has been able to assemble an electable team for Tonga’s upcoming 4-yearly parliamentary election on November 27th.

He has a team of 17 candidates, himself included, and standing for all 17 seats reserved for ‘People’s Representation’ through his political party called the Democratic Party of the Friendly Islands.

This is the second election under the newly reformed system of government that was launched in 2010 as a “more democratic” system.

The multi-awarded political leader, most known for his tireless effort to make Tonga more democratic in the past 30 years, might just be Tonga’s next Prime Minister.

Pohiva’s party claim that if they have the majority to form a government, and Pohiva becomes the prime minister, it would be the first “government of the people” in Tonga’s history.

Pohiva is Tonga’s longest serving Parliamentarian. But his political genius is more suitably demonstrated by his ability to build a resilient peoples movement and has won unrelenting support among the people of Tonga.

He had the largest number of people’s representatives elected in 2010, 12 out of the 17 seats for People’s Representation.

The problem he faced in 2010 which prevented him from forming a government was the 9-noble seats in parliament that are not elected by the people. They are the 9 representatives elected by the 33 nobles, while over 40,000 voters out of Tonga’s 108,000 populations elect 17 seats.

The five representatives who were not part of Pohiva’s team crossed the floor to join the 9 nobles, and thus had the majority to elect the prime minister and form government.

This failure to get the majority to form a government in 2010 was viewed generally as a major setback for the pro-democracy movement. Pohiva and his group, instead of being “the government of the people”, have continued to be in opposition for the past four years.

[If] Pohiva becomes the prime minister, it would be the first ‘government of the people’ in Tonga’s history.

Pohiva is determined not to have a repeat of the 2010 fiasco. He has never been in government (except for a brief 2-week stint as Minister of Health in 2011), and he has been in opposition far too long. That is why he has assembled a 17-member team whereby each one stands as a candidate for each of the 17 electoral districts. They have been meeting regularly since May to formulate their policy vision, mission and manifesto.

No other party in Tonga has been able to organize and declare their candidates so early. They are also the only ones that have fielded candidates for all the districts of Tonga.

As Tonga faces its parliamentary election in coming days, Pohiva and his team, according to the political pundits, are the front-runners. That means that if all 17 candidates of Pohiva’s team are elected, the pro-democracy party will definitely form the next government. In fact, all Pohiva needs to have a majority is for 14 of his candidates to win. That will give them the majority to elect the prime minister and form Tonga’s next government.

There are 106 candidates registered and vying for the 17 people’s representatives’ seats. The 26-seat parliament also has the 9 seats assigned for nobles, and they are in a sense “a party.”

There were 145 candidates in the inaugural democratic election of 2010. The decline in numbers this year, according to political observers, is due largely to a loss of hope by many because they really did not see much difference in the post-reform government, compared to that before the 2010 reform.

Pohiva and his team have promised to “complete the reform” that started in 2010. By this they mean the 2010 reform was not completed, as they want everyone in Tonga’s parliament to be “elected by the people”. They also want everyone in cabinet, including the prime minister to be elected by the people. One of the key changes they are pushing for is the election of noble seats by the people, if parliament continues to retain specially assigned seats for noble representation.

16 of the 106 candidates for this year are women. This is the largest number of women to stand in any election in Tonga’s history. But only one of those is a candidate for the pro-democracy party: Sipola Havili Halafihi, who is a high school teacher from Tongatapu district 7. Recent polling reveals her as the frontrunner in her electorate.

With just several days before the election, Pohiva’s party looks set to form the next government. They could win all of Tongatapu’s ten seats, the two seats from Ha’apai, and also one each from ‘Eua and Niua. That makes up 14 seats, and that is a majority.

According to the unofficial polling, only the 3 seats from the northern islands of Vava’u are still very close to call. If these are won by the pro-democracy party, that would be a landslide overall, as Pohiva and his party would have won all the 17 seats for people’s representatives.

But there are some who seriously doubt this will happen. Despite Pohiva’s popularity, there are those who are opposed to his hardline democratic stance, as well as his insistence that corruption must be stamped out of government.

There are traditional leaders and prominent members of Tonga’s elite who fear that Pohiva’s reforms could bring too much change to Tonga, while those at the top stand to be the biggest losers.

But Pohiva’s message and movement appeal to the common people, especially to those who believe as he does, that good governance is the one hope that will lift Tonga in relation to economic and social development.

“Lack of natural resources is not an issue for Tonga; lack of good governance is,” claims Pohiva.

He pledges to be a ‘government of the people’ that will place good governance as the highest priority, along with transparency, accountability, and a firm stand against all forms of corruption.