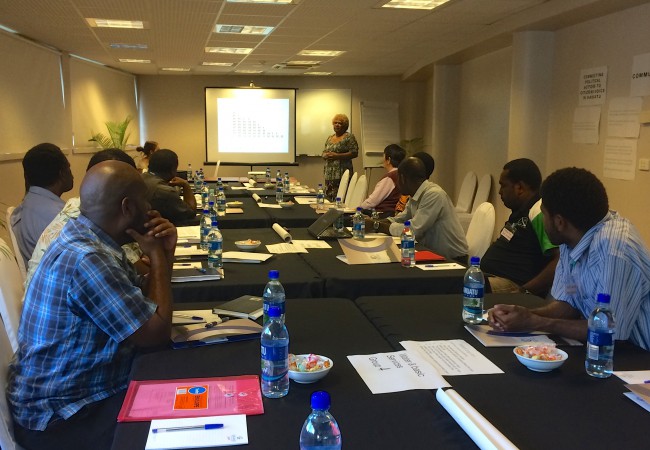 A workshop series with five key focus groups reviewed the findings of SensemakerTM, a Port Vila research pilot conducted by the Pacific Institute of Public Policy (PiPP) and the Overseas Development Institute (ODI) in 2013.

Stakeholders from key sectors of youth, women, NGO and community, civil servants and political actors were brought together to interpret and deconstruct recorded audio stories collected from Port Vila citizens. The emphasis in the pilot surveys was based around service delivery with an overarching reference to constituency links between elected representatives and citizens in Port Vila urban and peri urban electorates. The stories provided a chance for political actors to interpret citizen’s service delivery challenges according to a government officials’ understanding of their own institutional roles and responsibilities.

Equally, for community representatives the workshops proved to be a layered learning process, where the deconstruction of stories led to better understanding of the value of basic services. This process aided a revised understanding amongst community representatives of the underlying dated or weak public structures orginally designed to support and assist the public. All five workshops generated overwhelming positive feedback, with frequent requests for similar workshops to be expanded in communities and government offices in Port Vila.